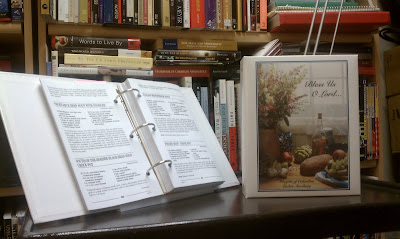 See that movie on the left of this blog that we nunnies wanna make?
You can help us in an easy, fun, yummy way!
Just buy this cookbook!
"Bless Us, O Lord...."
Only $20 (includes postage)!
GREAT MOTHER'S DAY GIFT!!!
This cookbook includes 640 unique recipes from 40 countries and comes with a built-in stand!
(Compiled by the Knights of Columbus Ladies Auxiliary, Palatine, IL)
Send cash, check or money order (we also accept Visa/MC) to:
Sr. Helena Raphael Burns, fsp
Pauline Books & Media
172 N. Michigan Ave.
Chicago, IL 60601
helraphaelfsp@aol.com
Checks payable to: Daughters of St. Paul
(memo can be: Alberione Film) 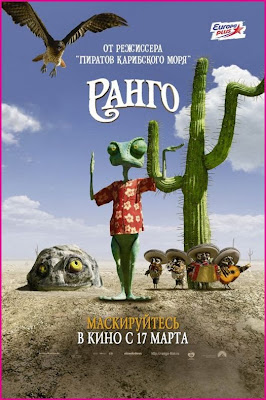 I pretty much hated this movie. And I really thought I was going to love it because of the hilarious trailer. The tone of the trailer is NOT maintained throughout the movie. If the movie-makers had stayed with the offbeat humor of a Hawaiian-shirt-wearing lizard and his trial-laden meanderings in the desert, “Rango” would have worked. Splendidly. Instead, Rango, the lizard (Johnny Depp proves he is also a consummate voice-actor), gets stuck in a tedious, episodic, cerebral Western, jam-packed with rabid, non-stop, too-smart, supercilious, constantly-risque dialogue that looks down on us, the audience (like, “you’ll never understand this, but we’re gonna say it any way).


The movie spins out of control like a mutant Cecil B. DeMille epic: Casts of thousands spring up from below the earth! Bats mounted with gun turrets descend from the sky! Battles! Explosions! Chases through the desert!

“Rango” is definitely a next level of CGI, especially the first act: Rango getting hit by a car(s), meeting the armadillo wisdom figure, and his first encounter with a hawk. We are on notice: the bar has been raised!

“Rango” is a post-Judaeo-Christian, postmodern film. If I had a dollar for every time Rango says: “Who am I?” or is asked “Who are you?” (which should have remained unspoken subtext, IMHO), I could by a tank of gas. With today’s gas prices. It could have been a GOOD postmodern film, if the story’s events were kept, well, smaller. Rango is an aspiring actor/director (a very funny schtick which works best in a great saloon scene when Rango has to win the respect of the local tough-guys).

“Rango” should have stayed focused on Rango. Instead, we almost lose sight of him in an ever-burgeoning introduction of other new and fascinating animal-characters. The fact that Rango is an actor is a double-whammy of “Who am I?” (As Denzel once said: “I’m an actor, therefore I’m a schizoid.”) But Rango turns out to be a very good actor. And aren’t we ALL actors in the dramas of our own lives? The ancients saw this and believed that we need to be brave and play our assigned parts well.

There’s a certain Buddhist/Eastern feel to the film (I believe because Hollywood itself is getting more and more Buddhist), but it doesn’t quite follow through on it. “Rango” reminded me of both “Warrior’s Way” (a failure of a martial arts Western)—the set design is very similar, as are several scenes; and “Kung Fu Panda” (a consistently Buddhist film)—even down to the tortoise character. Oh yes, and “Chinatown”—(the issue of water).

There’s another good scene, kind of a dream or “enlightenment” sequence involving a golf cart and “The Spirit of the West” (a person). But instead of zen-like maxims, we get some good old-fashioned, “be a man,” almost “Theology of the Body for men” instructions! American pragmatism wins the day. However, as with many Hollywood movies, there’s still a sense that after all is said and done, there really is nothing to “believe” in. Perhaps not even ourselves, but we must act “as if” (Kant) and keep pushing that absurd rock up that hill (Camus) without really having a reason to do so.

--The jokes are intellectual and overachieving. You’ll get most of them, but you won’t laugh. OK, I laughed once: the scene where Rango swallows the lit cigar.

--Tons of psycho-babble. As humor.

--Trapped in subjectivity: “We see what we need to see.” AAARRGGGGHHHH

--I am so tired of the “Believe!” “Hope!” theme in movies (especially Disney movies). It makes me sad that “Hollywood” thinks people are shallow enough to be satisfied with “any dream,” and just believing in “something rather than nothing.” People are smarter than that. People have deeper desires than that.

--The story is static. Plot, character and stakes stall early on, after the bar scene.

--AWESOME LINES:
“If this were heaven, we’d be eating pop tarts with Kim Novak.”
“No man can walk out on his own story.”

--“Rango” is a very expensive, very clever film—the smartest film in the room and knows it—but it ain’t got no heart.

--I AM MORE AND MORE CONVINCED THAT THE MASCULINE GENIUS IN HOLLYWOOD HAS EXHAUSTED ITSELF AND GONE STALE AND IS IN DESPERATE NEED OF THE FEMININE GENIUS. IT’S ONLY WHEN THE TWO WORK TOGETHER THAT THERE IS TRUTH AND SOMETHING ALWAYS NEW AND BEAUTIFUL AND FRUITFUL.