HELPING THE NUNS JUST GOT EASIER!

YOU DID IT!!! THANK YOU SO MUCH!!!
THE RELEASE DATE OF

MATCHING GRANT! All donations now through August 20, 2014 midnight (100th Anniversary of the Pauline Family) will be DOUBLED! Donate securely at www.MediaApostle.com. Watch thermometer progress at www.tinyurl.com/FinishFilm 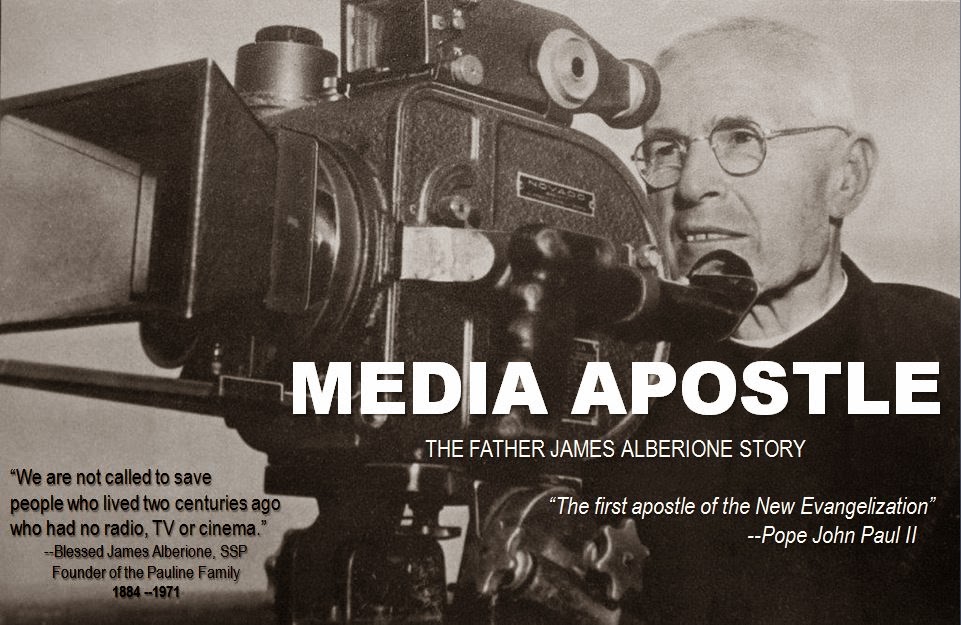 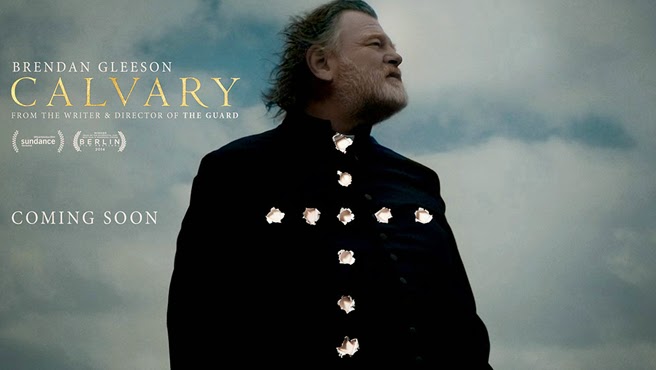 DON'T WATCH THE TRAILER UNLESS YOU MUST. IT GIVES AWAY TOO MUCH.

The new Irish film, "Calvary," is a fierce expedition into the repercussions and present climate of post-clergy-sex-abuse-scandal Ireland. It's an unblinking, fictitious story that's an apt vehicle not so much to wonder "how?" and "what went so terribly wrong?" as it is to gauge people's reactions.

"Calvary" sports the simplest, boldest, shortest Act One I have ever seen in a movie. It's over and done with in three minutes. Bravo. All we see is a close-up of a priest (a fabulously hoary-red Brendan Gleeson, our main character) in a confessional. All we hear is the voice of an unseen adult male penitent telling Father James that he was raped by a priest repeatedly when he was seven. And now he is going to kill Father by the end of the week. Why? Not because Father's a bad priest, but because he's a good priest. (The priest that abused him is dead.) What a premise.

Killing a good priest to pay for the sins of his comrades is a roomy set-up to take the story anywhere. And that's exactly where it goes. We enter the lives of the villagers who live within the bounds of Fr. James' parish but are mostly estranged from the Church. Father? They tolerate him well enough, and some even admire him, but the fact is that he represents the Church that aided and abetted heinous crimes against children. For which there is no excuse, and perhaps no forgiveness?

The coming to light of the egregious clandestine sex abuse was, for some in the village, the revealing of a great deception, but others knew what was going on and were powerless to do anything about it.

Father is a great guy. A pillar. A down-to-earth human being who is not afraid to enter into others' pain. But his wayward flock have no problem jostling him, telling him off, challenging him, disparaging him or attempting to demoralize him with their deep, deep cynicism. Father's realistic optimism and hope has its limits, too. But Father is not ruffled by the death threats. He doesn't change anything about his daily routine, something we would expect from someone at peace with God, themselves and the world.

The flow of "Calvary" is held together more by one random philosophical musing after another (embedded in various characters) rather than plot points, and we almost forget that Father has a bullseye on his back, but it's all so terribly intriguing, and what's actually being done here is hardcore theology. Irish theology, but theology. Very refreshing. "Calvary" goes after the toughest life and death questions it can, but not the endless paradoxical conundrums that only neophytes find brilliant and engaging. I think director John Michael McDonagh really wants to know. He picks apart cliche after cliche and flirts with atheism. Is God a true character in "Calvary"? No. He only seems to be known through a second party: His priest.

In an unspoken, yet just below the surface way, the men in "Calvary" seem disgusted with God the Father (as many men do!). You can almost hear them phrasing: "Why should I be good when You're not?" "You're my model of fatherhood?" "You let Your Son die without intervening, no wonder you do nothing to intervene on earth." "Your priests are pathetic _____'s." This is a man's film. There are three women in it (two are minor characters). "Calvary" is the men circling the wagons, or at least getting together in a huddle after disaster to expose their deepest sentiments about the event. And most of these sentiments are very dark. Father, however, is the lone dissenter from utter and complete darkness.

Everyone calls Father "Father." Even if they do so in a sardonic way, it always seems to be an acknowledgment of his true identity.

Does this film preach at us? No. Is it an angry film? No. Is it a film about justice? Yes. Is it a film about forgiveness? Yes. Is it a revenge fantasy? Maybe. Will we laugh a bit through our tears? Yes. Is the film "fair" to the Church and the priesthood? Yes. Can we have too many quality films on this subject? No. It would be criminal not to make films. We are just beginning to process the horror. As Cardinal Timothy Dolan said, we shouldn't stop talking about this, partly to try to ensure that it never happens again.

--This is how you make a priest a main character. And a real character.

--The cinematography is pleasant, but often overly self-conscious--more concerned about setting up gorgeous Hopper-esque mise-en-scenes than telling us the story. There are also comically (on purpose?) heavy-handed framings of violence (meat and guns) which bespeak one of  many semi-developed themes of "Calvary": "sex and violence."

--Some wonderful, wonderful lines: "The limits of God's mercy have not been set."

--If the two priests we meet in "Calvary" are treated with absolutely no deference, it makes you wonder if that's because deference is what enabled the scandal.

--A few instances of the Irish demanding that life be a play filled with poetry.

--The soundtrack is spot-on and "invisible." You will not even remember it.

--Father James is a (good) "sign of contradiction" to everyone, including, sometimes himself. Calvary indeed.

--Mr. McDonagh does not come across as a Church hater. He's not going to give up that easily after 2000 years of Christianity in Ireland.

THEOLOGY OF THE BODY AND WOMEN 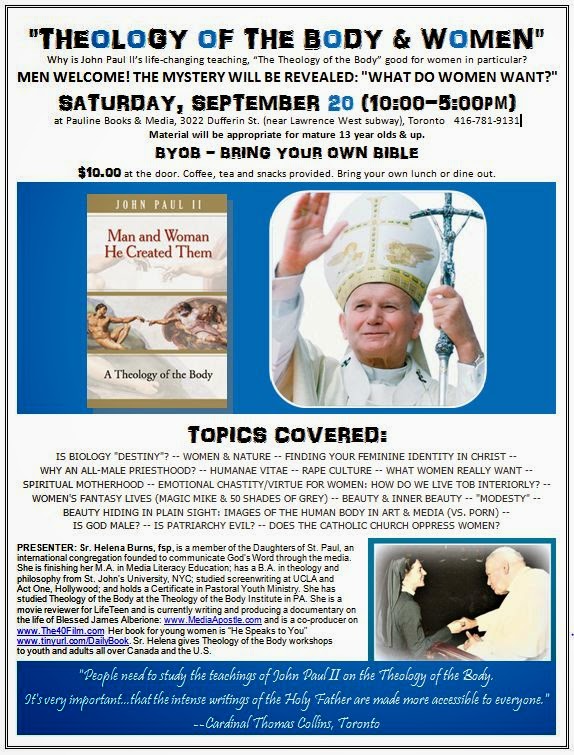