THE CATHOLIC CHURCH IN CRISIS: THEOLOGY ON TAP, GUELPH, ONTARIO 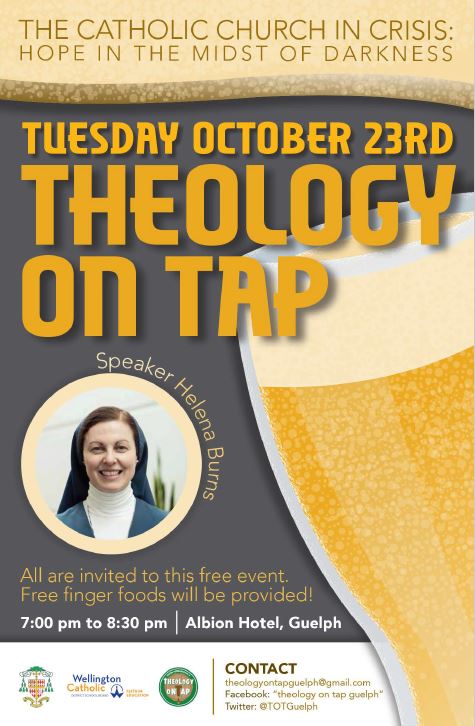 CHRIST OF THE APOCALYPSE: A ONE-DAY BIBLE STUDY OF THE BOOK OF REVELATION--TORONTO 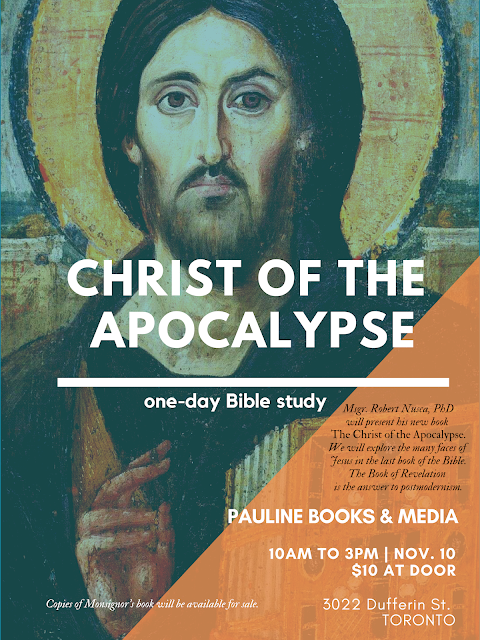 Msgr. Robert Nusca, PhD will present his new book, "The Christ of the Apocalypse."
We will explore the many faces of Jesus in the last book of the Bible
The Book of Revelation is the answer to postmodernism.

Copies of Monsignor's book will be available for sale. 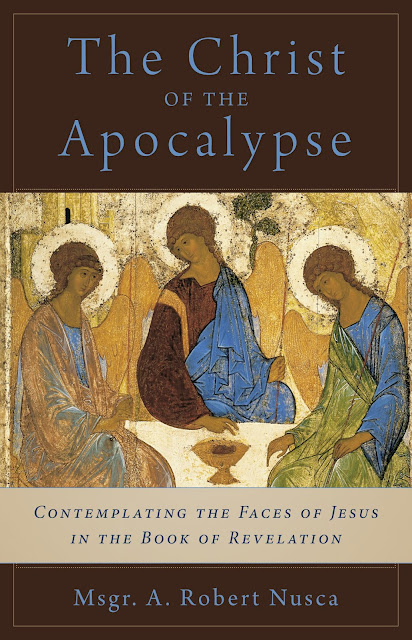 THEOLOGY OF THE BODY IN CALGARY! 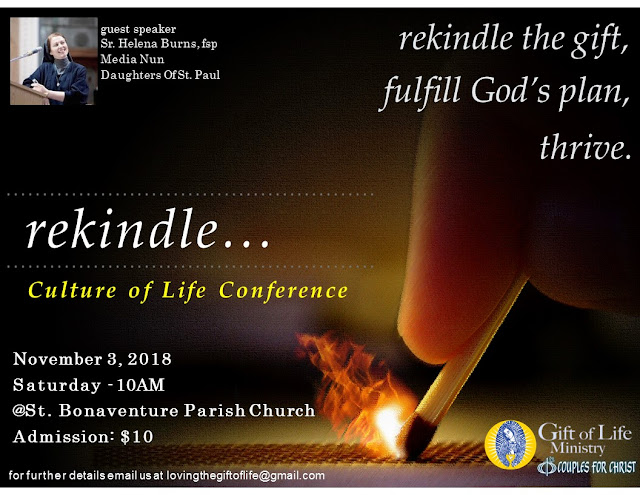 THEOLOGY OF THE BODY: THE MASCULINE GENIUS PART 1


More Theology of the Body talks at www.tinyurl.com/TOBsoundcloud!

The wildly popular movie "Crazy Rich Asians," from the novel by Kevin Kwan, is rated PG-13, but it's an almost G-rated, old-fashioned romance. (Some of my Asian friends are puzzled by its popularity since it's a sweet little movie, but not FANTASTIC. However, I, white friend, get it. I keep reminding them: This is a HOLLYWOOD film with an ALL-ASIAN CAST.)  Constance Wu (from TV's "Fresh Off the Boat") plays Rachel, a young, self-made professor of Economics at NYU. Her boyfriend is Nick (Henry Golding) who comes from one of the richest families in Singapore (well, actually, as developers they BUILT Singapore)--the only catch is, Rachel has no idea who he really is or who his family is. Nick invites her to a wedding in Singapore and she finds out--en route--what she's walking into.

Immediately, there's a showdown with the grand-dame and matriarch of the family, Eleanor (an aging-beautifully, beautifully-aging Michelle Yeoh), who makes no secret of her disdain for her son's choice of a girlfriend. Rachel is from the wrong class. Rachel is from the wrong part of the world. Rachel will never be one of them. Rachel will marry her son over her dead body.

As she's immersed in the opulence of, well, how crazy rich Asians live and party in The Lion City--Rachel learns who her friends and foes are. Just when it seems Nick's mother is going to accept her, Eleanor draws her close ONLY to be able to rub salt into the wound better. But Rachel is a "fighter" and gives Mom a run for her mah-jong money. Is Mom just playing a game, testing her, or is it for keeps that Rachel will never measure up?

Crazy Rich Asians is a fun, visually-appealing, moderately paced and restrained romantic comedy (the comedy is more surrounding our leading man and leading lady than the pair themselves). The fact that marriage is more than just love between two people is writ large here. The tension seems to be between the old guard, the elder generation who believe in having a big say in their adult children's life-decisions AND passionate young love that can nonetheless be worthy love. But is it?

The dialogue made me think that--despite perhaps even the writers being aware--it's also about dueling philosophies beyond the institution of marriage. That being said, Mom is concerned that "families don't just happen, one has to put family first." She is concerned about "building things that last" and not simply "seeking one's own happiness." Not bad ideas, those. But I think this outlook can be blended with a son or daughter seeking out and choosing their own suitable spouse. This spouse might have to work harder to "fit in," but it can still have the stability of an "arranged" type of marriage--but at the same time, be a marriage of the heart.

--The funnies are truly funny: "Eat up! There's starving children in America!"

--So, what does the Church teach about arranged marriages, parents' having a say in their adult child's vocation, etc.? Arranged marriages are fine, as long as the adult children are totally free and completely agree to it. Many cultures, even among Catholics, still do variations of arranged marriages. HOWEVER! One's vocation in life is a call from God and God must be obeyed, not parents in this matter. It's always great if parents are on board and give their blessing, but we must always follow our call/vocation from God even without that blessing--at first (and parents should be very careful about obstructing the will of God!) That being said, it's good to listen to parents' wisdom and advice, but in the end, we must follow God...even in the choice of a spouse. We may wish to get sage advice from others around us: priest, friends, other relatives. If they're all saying: "We really don't think you should marry this person! This person isn't right for you!" then maybe WE should be extra careful about making a bad choice! :) 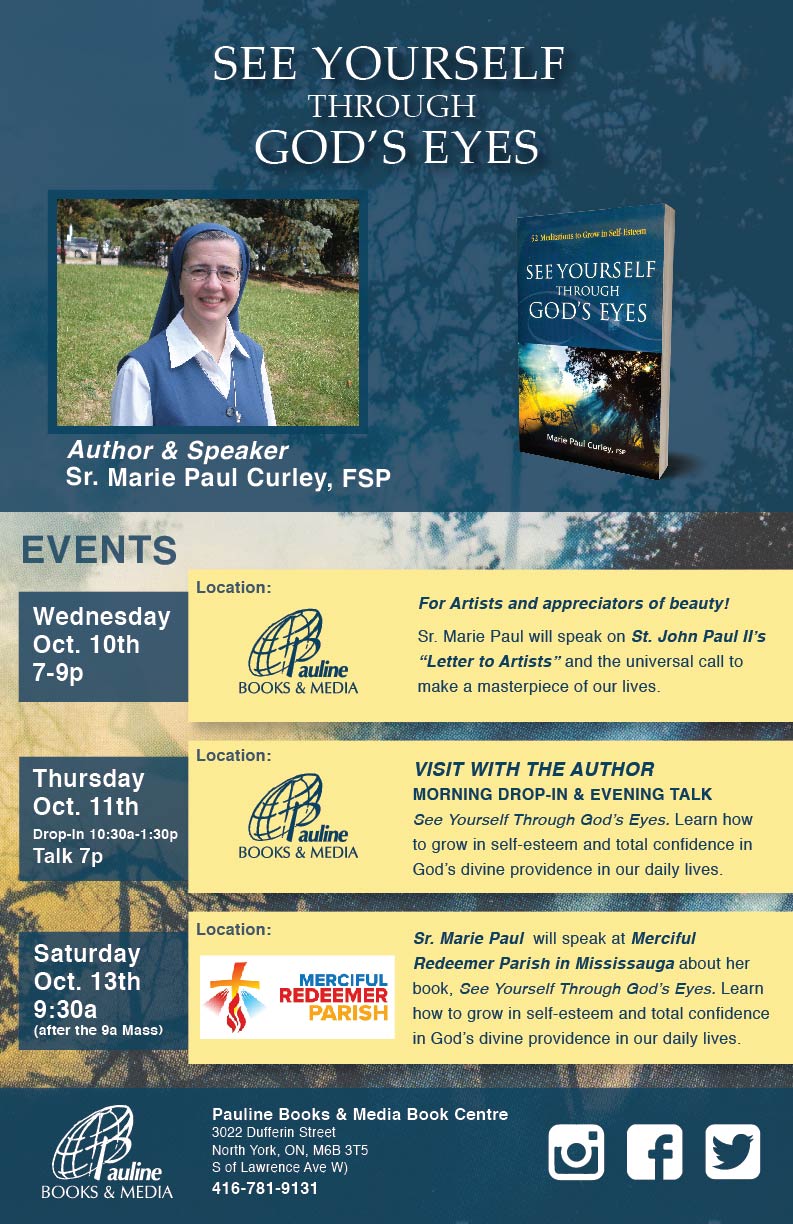