ONLINE THEOLOGY OF THE BODY COURSE! THREE SATURDAYS IN MAY!

(Video will be archived and accessible with registration fee.)

Live in Chicago? Join us in person!

Fr. Robert Sprott, OFM, holds an M.A. in anthropology and theology, and a Ph.D. in linguistics. 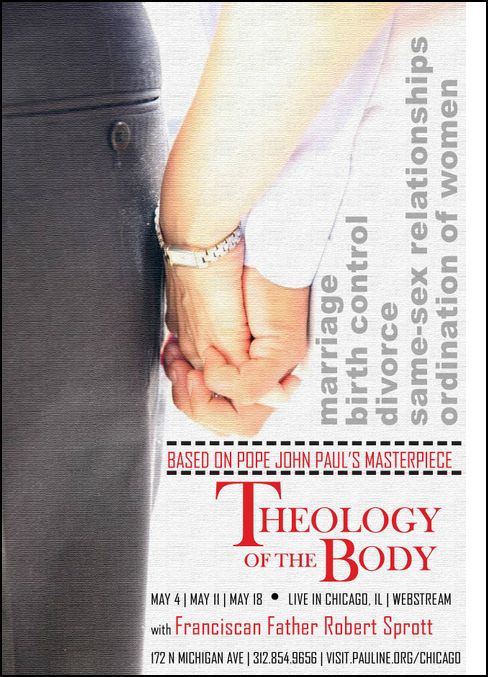 THE PEOPLE OF FRANCE HAVE SPOKEN.


With signs including the slogan: "I need a Mom and a Dad," and pink and blue balloons, 1.8 million French marched on March 24 (second march this year) on the L'Arch de Triomphe to protect marriage between one man and one woman. Crowds (including elderly and children) were tear-gassed by police. Crowds are demanding a referendum.

Gay activists and celebrities are marching also (they are for gay lifestyle, but agree it's not marriage).

Socialist President Hollande is determined to push through the law without the approval of the people.

Even the "Mariannes" showed up at the March 24 march (young women who dress up in white and red like the mother/symbol of the French Revolution). You can get a brief glimpse of them at :58 and 1:58.

See this blogpost from the first march: "WHAT DO THE FRENCH KNOW THAT WE DON'T?"
http://hellburns.blogspot.com/2013/01/what-do-french-know-that-we-dont.html#.UU_hcBdwr0c

IT'S THAT TIME OF YEAR AGAIN: PALM SUNDAY 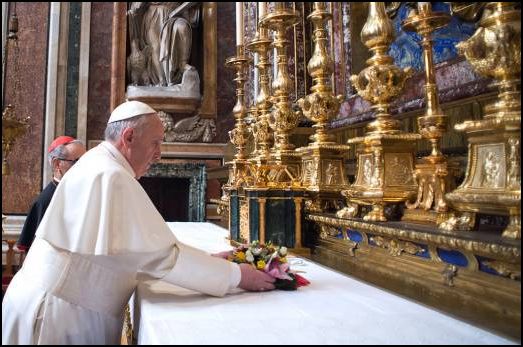 TOP 4 THEOLOGY OF THE BODY FILMS!

Have you been longing to learn Theology of the Body,
but you're also a cinephile and you'd love it
if there was a way to do it through film?
Your cure has arrived.

Take prescription in the following order: 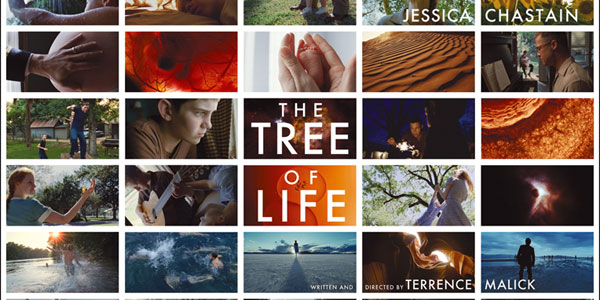 2. The Tree of Life
(THE FAMILY)
Creation, that is, Sacred Nature, continues to play a large part in the contemplative three-hour long "The Tree of Life." Director Terrence Malick wants to make sure we understand our connection to Nature, so he makes us watch twenty minutes of unbroken nature cinematography (this sequence cost ten million to make).

But now we go from the big picture to zero in on the family. A hurting family, for sure, but one that is trying. As in all Malick's movies, we hear characters whispering prayers to God, we hear their moral deliberations deep in their consciences. AND we see the glorious destiny of the human body-person: HEAVEN.

The film starts with a stark quote from the book of Job, placing the film clearly within the Judaeo-Christian ethos. Catholic religious imagery and practices abound.
My full review: http://hellburns.blogspot.com/2011/05/movies-tree-of-life.html

The trailer for the new crime-thriller, “Side Effects,” could lead one to believe that this film is an exposé of Big Pharma wrapped up as entertainment. Nothing could be further from the theme of this film. Big Pharma wrongdoing isn’t even the backdrop. “Side Effects” is about something entirely different. While on experimental new anti-depressants, Emily (Rooney Mara) commits murder as she sleepwalks. Or does she? But getting to the bottom of the whodunit still isn’t what the film is about.

Emily’s husband, Martin (Channing Tatum), has just been released from prison for insider trading. Emily should be thrilled that they’re together again, but depression is eating her up. Her depressive behavior is ruining both their lives, and Emily is always teetering on the brink of suicide. She is in the care of psychiatrist, Dr. Banks (Jude Law), who is responsible for administering the experimental drug to her. Everyone is kind and patient with Emily until the killing changes everything. Will Emily be charged with the crime? Or will she be declared insane and be locked up? Will Dr. Banks be incriminated? There is so much at stake for both of them, and Emily’s former psychiatrist, Dr. Siebert (Catherine Zeta-Jones), complicates the proceedings as a third party with her own interests in the case.

The film begins quietly and understatedly. After the death, things heat up and there is a believable, revelatory plot twist approximately every five minutes (a mark of excellent filmmaking--very hard to do without excessive explanation, and “Side Effects” succeeds so well at it). We have to pay keen attention, but when we do, we are rewarded every five minutes! The plot twists double back on themselves, rather than introducing bigger and wilder outside characters, information or action: also a mark of excellence in visual storytelling.

“Side Effects” is a well-made and entertaining film with top-notch filmmakers and actors. Steven Soderbergh directs,  and the score is by the highly-acclaimed Thomas Newman. Screenwriter, Scott Z. Burns, crafts amazingly succinct and subtle dialogue that is both deceptively mundane (for credibility) and fresh (for our enticement) at the same time. The element of surprise is strong, and it becomes impossible to guess how things will turn out.

It’s difficult to say more about this film without giving away too much. It just has to be watched—not experienced—we are definitely observers here. The ending is exceedingly neat and tidy, but the great question raised is: “Can we always act rightly, even when dealt a dirty hand? Or is the only way to prevail to become like those who harm us?”

"The best revenge is to be unlike him who performed the injury." --Marcus Aurelius

--Inchoate theme about “Madeline.” Shoulda left it out or developed it. Unless it was just a red herring for us, but even then, it was a little too much….

--Why did they show us Dr. Banks with the Haitian guy in the beginning? To show you what kind of guy Dr. Banks is.

--We could have picked up the same clues Dr. Banks did. But we didn’t, did we? J

--Seems to me Dr. Banks was a “victim of circumstance,” too.

--The legal stuff was easy to understand and never tedious. Thank you.

--It still pays to be the good guy whether you finish first, last, or not at all. Job had his fortunes restored to him, but it won’t always be that way for us on this earth. However, ULTIMATELY, we will have/inherit/be given/be rewarded with EVERYTHING.  Mark 30:28-31.

Email ThisBlogThis!Share to TwitterShare to FacebookShare to Pinterest
Labels: side effects