MOST IMPORTANT INFO YOU COULD EVER GIVE A TEEN 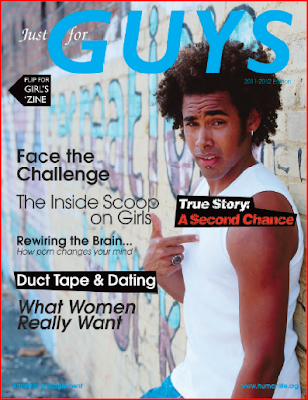 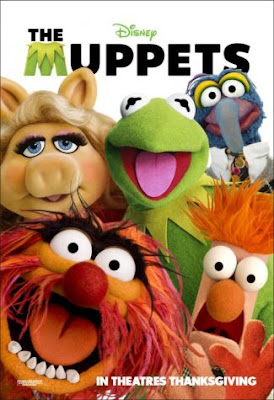 Everyone (who hasn’t seen the movie and loves the Muppets) wants to know: Is “The Muppets” movie any good? Well, I think so. Not outstanding, but good enough. For those of us who grew up with the Muppets, they are magical—a part of our shared pop culture memory bank. They burst on the scene with “Sesame Street” (which my friends and I were too old for by then, and which, OF COURSE, we didn’t watch secretly just to see Kermit and friends). The Muppets also had brilliant specials like “The Frog Prince.”

Then, lo and behold, they got their own prime time show (“The Muppet Show” 1976-1981) which would guest star all the 70’s biggest celebs. But we didn’t care about the human characters, we only cared about the endearing, guilelessly clever FELT personalities: Animal, the Swedish Chef, Pigs in Space, Gonzo, Beaker, the irrepressible Miss (“moi”) Piggy, Fozzie Bear, and the list goes on and on. It was incredibly good, clean fun. (Some have—admiringly--talked about the Muppets “adult” subversiveness. Um, no. It wasn’t there. Not in the 70’s anyway.)

When Jim Henson, the Muppets’ inventor, died at the young age of fifty-four in 1990, he signed over his creations to Disney, believing they were the company that could preserve and continue the legacy. Disney proved their mettle by releasing “The Muppets Christmas Carol “(based on Dickens) musical in 1992. I’ve seen ALL the “Christmas Carols” except Jim Carrey’s and I love the Muppets’ the best. I dare you not to bawl when Tiny Tim (Kermit’s [as Bob Cratchit] frog progeny) starts singing.

Disney released 2011’s “The Muppets,” due to the instigation of Jason Segel (TV’s “How I Met Your Mother,” and the big screen’s “Forgetting Sarah Marshall”), who is a life-long Muppet fan and general puppet aficionado. When Segel first pitched his idea for a Muppet movie comeback of sorts, the execs at Disney thought he was joking. But he persisted and not only wrote the script, but starred in it as Gary, (along with fellow Homo sapiens Amy Adams, perfectly cast as his girlfriend, and Chris Cooper, perfectly cast as Tex, an evil oil baron—“maniacal laugh, maniacal laugh”).

The story is precisely a “comeback” story. The Muppets have been forgotten by the public and are estranged from each other. They are all doing rather likely (and a few unlikely) jobs (Gonzo is a toilet magnate), suited to their characters. But the old Muppet studios are in disrepair and about to be demolished by Tex. Gary and his bland little Muppet brother, Walter (yes, they are an interspecies family), set out to save the theater by reuniting the Muppets and organizing a telethon. The jokes are pretty funny, the Muppets are truly themselves, but the story is rather predictable, and at times, boring. However, there are some delightful surprises along the way and at the end. Miss Piggy towers over the rest of Muppetdom, as usual, and is riveting as always. Is there a hint of “Brady-Bunch-Movie-in-the-Grungy-90’s” cynicism? Maybe, but I don’t think so. The movie actually seemed to be directed towards kids, to tell you the truth!

The bizarre story of human Gary and Muppet Walter didn’t cut it for me and something seemed distinctly out of whack with it and unsatisfying from a storytelling point of view, but I can’t quite put my finger on what was amiss. It seemed like we didn’t need Gary AND Walter. Just one of them. The songs (some are old Muppet classics) are fantastic and Muppety. There’s a certain plaintive innocence and hopefulness and melancholy and bittersweet sanguinity and utter sincerity to a Muppet song. They must be very difficult to write/compose. (And not to be missed is Chris Cooper’s brief rap song—but I really don’t want to give too much away.) Oh, and don’t miss the bajillions of cameos (several uncredited). Did you catch David Grohl??? The far out 60’s psychedelic tie-dye band was a fun throwback with all those good vibrations.

But you know what occurred to me VERY strongly while watching “The Muppets”? No, you don’t. So here goes: Nostalgia is NOT Christian. We Christians are people of the present and future with a very healthy “hermeneutic of continuity” with tradition/Tradition, the past and history, but we are not nostalgic. Nostalgia is a strictly “worldly” sentiment like John the Beloved describes:

“For all that is in the world, the lust of the flesh and the lust of the eyes and the boastful pride of life, is not from the Father, but is from the world. The world is passing away, and also its lusts; but the one who does the will of God lives forever.” –John 2:16-17

This is NOT the Bible passage I was looking for. I can’t find it. Hey, I’m Catholic. It’s something about wasting our time pining away for bygone illusions or something. That’s what I mean by “nostalgia.” I'll bet Pope Benedict said something about "nostalgia" and that he agrees with me. Yeah.

And I just want to go on record to say that the dancing in the streets finale was WAAAAAAY better than “Slumdog Millionaire,” “T-mobile,” or ANY other train station dancing flashmob, with, PERHAPS, the exception of “The Fisher Prince.” But only PERHAPS, because the dance number at end of “Muppets” continued and completed the story sooooo well and left us on such a high note.

Someone once said that Jim Henson’s genius was to “make the good guy interesting.”

My question is: Did a new generation of potential Muppet fanboys and fangirls LIKE the movie? GET the movie? Fall in LOVE with the Muppets BECAUSE of the movie? In a way, that’s all that matters.

--There’s a fun, non-sardonic self-consciousness that they are all IN a movie. Like, they talk about the budget and montages. Ha ha ha.

--“Growing up is about becoming who you want to be.”

--“Life’s a better song with someone to sing along.”

WHY WE LOVE THE MUPPETS 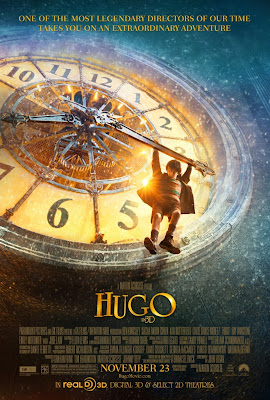 "Hugo" is Martin Scorsese's engaging adaptation of the children's book by the same name. What's it about? Get this: It's an elaborate introduction to a slice of film history. Yup.
The book was written by Brian Selznick—no doubt to pass on his own love of film history to a new generation. http://theinventionofhugocabret.com/about_brian_bio.htm It’s interesting to note that Selznick has written other children’s books, including a book about Houdini (you’ll get the connection if you see “Hugo.”)

The threads in “Hugo” are: tinkering with machines, fixing things, everything having a purpose, magician’s tricks, dreams, imagination, film. I would say that another theme is that of children coming too soon and unbeckoned into our lives to mess up our tidy little frameworks, neat little plans. To pry into our secrets and closed boxes and expose us. And in doing so, they save us.

The all-British cast plays out the story set in a 1930’s train station in Paris. At first, the story seems to be a misfortunate orphan-urchin tale in the line of “Oliver,” but we can’t help noting this is no ordinary orphan. Hugo is very good at fixing things because his deceased father was a watch/clockmaker (horologist) and taught Hugo the tricks of the trade. Hugo lives in the train station unbeknownst to anyone and keeps all its clocks running like, well, clockwork. “Hugo” is a total nod to steampunk. There are puffing trains, vents, pipes, chimneys, sewers, as well as plenty of ticking and undulating gears in almost every shot. Even things like a mechanical toy store and live musicians with their instruments play into the “moving parts” theme. Bygones such as horses and (quel horreur!) mounds of hardcover books seem to be meant to make us yearn for a return to them.

Steampunk (see also the newest “Sherlock Holmes” movies) is a movement that celebrates the mechanical age of actual, physical, clanking, whirring parts—hardware—that kept everything going, as opposed to our digital world of software and intangible “cloud computing.” The iPod is the ultimate anti-steampunk: impossible to break into, take apart and put together again, mysterious, internal, unseen.

Hugo (Asa Butterfield) has an unpleasant run-in with a bitter old toy shop keeper (Ben Kingsley) who recognizes the boy’s genius and eventually takes him under his wing, but Hugo doesn’t seem to be able to keep himself from unintentionally betraying and hurting the already-wounded man. Isabelle (Chloe Grace Moretz) is the shopkeeper’s goddaughter—also an orphan—who befriends Hugo.

There are some interesting but inchoate thoughts (Robin Hood, “time is all we have,” Hugo and Isabelle’s parents, etc.) that could have been continued or woven in to the story more. There are quick breaks from one action to another to move the story ahead, without each reveal and development flowing out of/being the outcome of another action (bad screen-storytelling).

The editing (Scorsese’s long time editor, Thelma Schoonmaker) really needed to be tighter and faster-paced (with a few disjointed scene-cuts sticking out like sore thumbs). There could have been more camera angles and cuts in general, but on the whole, it’s an eminently watchable film, especially when the film history is delved into and recreated.

Strong THEOLOGY OF THE BODY theme: “Everything has a purpose, even a machine. They do what they’re meant to do.” “If you lose your purpose, you’re broken.” “When something can’t do its work, it’s sad.” (Hugo and Isabelle wonder out loud what THEIR purpose is. Being young, they realize they haven’t found it yet. Isabelle wonders if she WOULD know what her purpose is if she had known her parents!)

--For the first time in my life, the 3D glasses worked! I wonder why. Usually they do nothing—I put them on and see them same blurry mess as without. I actually loved the use of 3D for real human beings (rather than animation). It was like Ben Kingsley was hovering over our seats in the middle of the cinema like a hologram. Kewl.

--The usually crude Sacha Baron Cohen does an amazing job playing a bumbling station inspector who has a particular dislike of little orphan-urchin types. I would love to see him in more performances like this. He seizes the role in a very alive and generous way, twinkling with kid-friendly mischief.

--Great build-up to the film-within-a-film!

--I gasped aloud in the theater when they told the fate of certain precious old celluloid films (among the first films in the world)! You will too, I hope!

THEOLOGY OF THE BODY: TEEN TESTIMONIES!