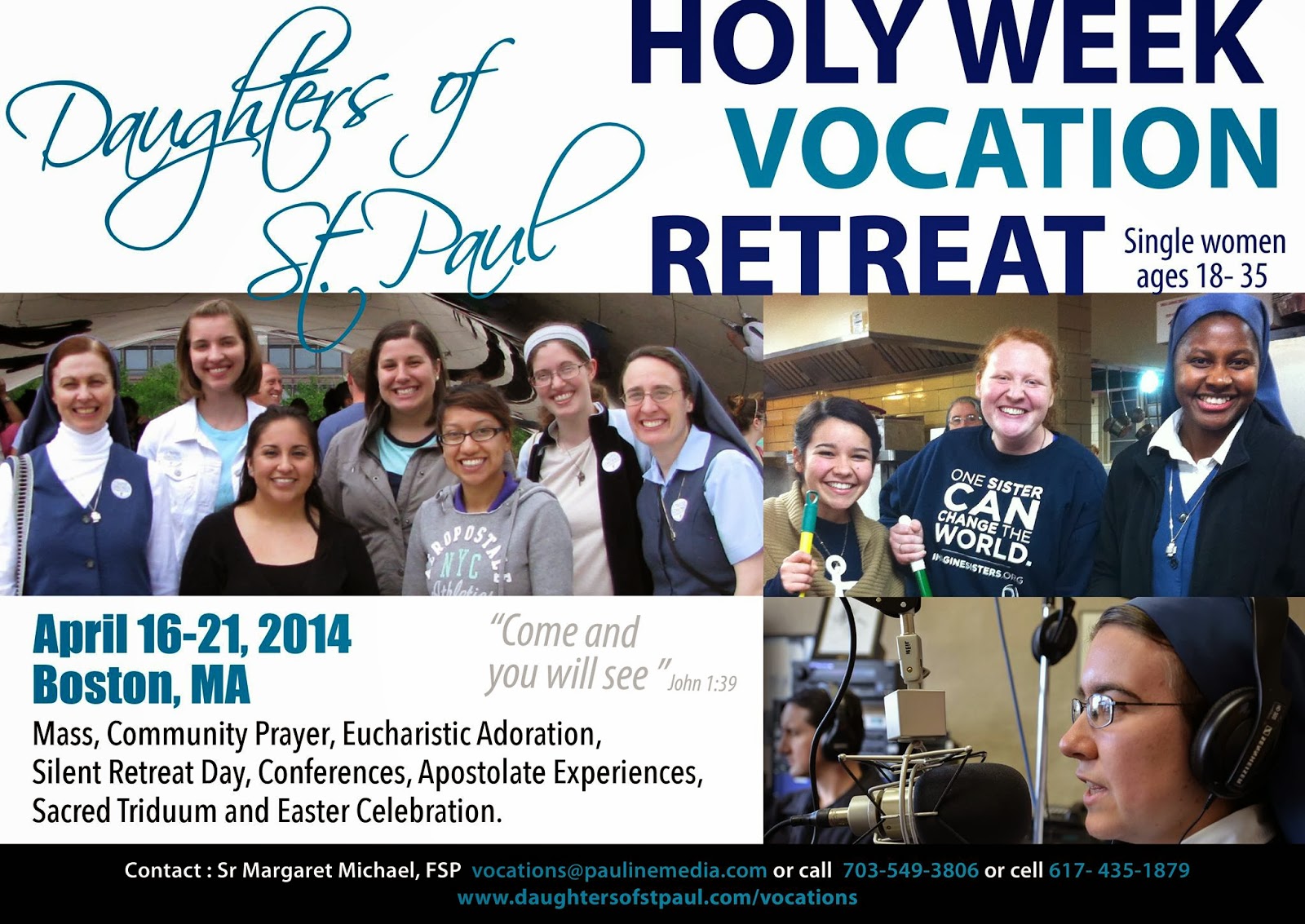 Happy Valentine's Day! Here are some suggestions of romantic flicks for a Valentine's date night or just to get in the spirit of things. (Be sure to check out "View Content Advisory" on www.imdb.com if you want more information about what you're about to see/hear. Also, www.fandango.com includes a breakdown by Common Sense Media for younger teens and kids.)

The selections below may seem like an odd collection (they are!), but that's partly because it's so hard to find romantic movies that are actually romantic and don't simply involve people jumping into bed with each other (definitely not true love). Many rom-coms are neither romantic nor funny. And, seriously, how many times can you watch "A Walk To Remember"? I tried to include movies guys would like. The following are NOT chick flicks. I repeat, the following are NOT chick flicks. 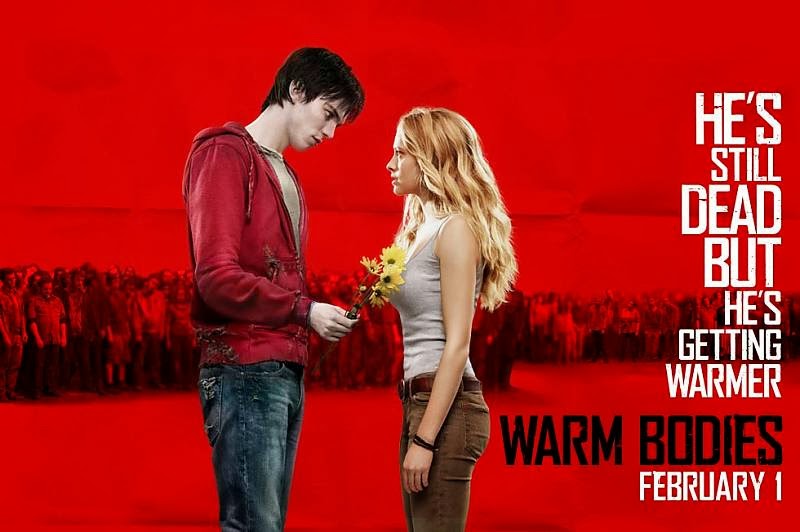 WARM BODIES (2013)
RATING: PG-13
CAVEATS: Limited gross-out-ness and gore. But zombies do eat brains. Just sayin'. The name of our precious Lord and Savior, Jesus Christ--the only Name by which we are to be saved--is taken in vain about three times.
SYNOPSIS: This is a zom-rom-com (zombie romantic comedy). Even if you're not part of the zombie craze, you'll love this film.
WHAT TO LOOK FOR: How true male-female love is "the cure."
WHY THIS FILM IS AN EXAMPLE OF TRUE LOVE: Everything in this film.
My full review: http://hellburns.blogspot.com/2013/02/movies-warm-bodies.html#.Uvh-0PldWnY

TO SAVE A LIFE (2009)
RATING: PG-13
CAVEATS: None!
SYNOPSIS: This film starts off being about teen suicide, but works in many teen issues and themes organically, including a teen romance.
WHAT TO LOOK FOR: What "choices" do men have when it comes to abortion?
WHY THIS FILM IS AN EXAMPLE OF TRUE LOVE: List ALL the different kinds of true love displayed.
My fuller review: http://hellburns.blogspot.com/2013/11/dvds-to-save-life-2009.html 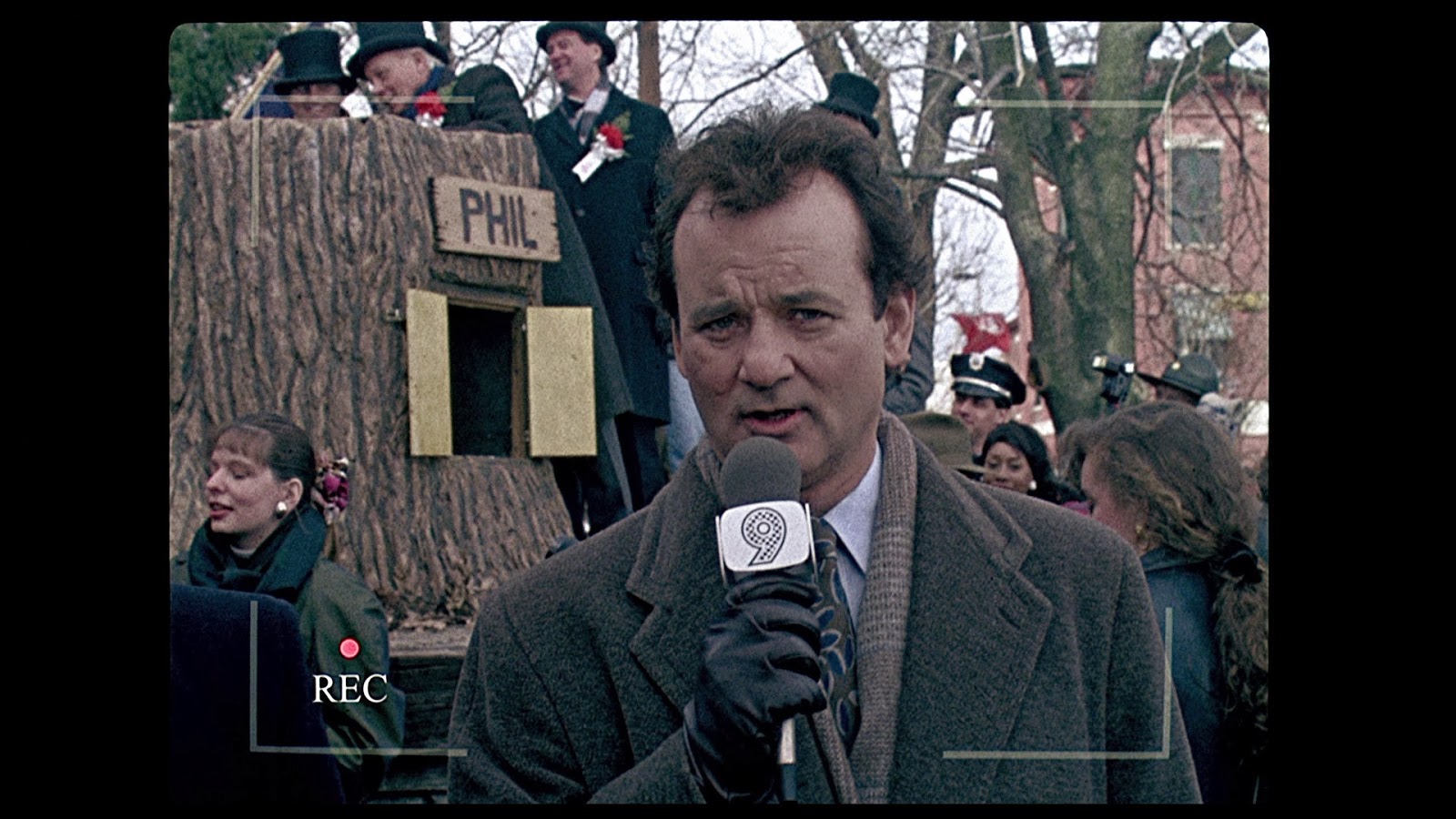 GROUNDHOG DAY (1993) "Le jour de la marmotte" in French
RATING: PG
CAVEATS: Having sex is implied once or twice. But at the end, sex is not the prize.
SYNOPSIS: In this CLASSIC film (a MUST for all serious film buffs) Bill Murray's character--an obnoxiously self-centered TV news reporter--is doomed to relive the  same day over and over again. It just happens to be Groundhog Day. He falls in love with a woman (Andie MacDowell) who turns him down over and over again (because he's so selfish).
WHAT TO LOOK FOR: Ned, the insurance salesman. The groundhog driving the pickup truck.
WHY THIS FILM IS AN EXAMPLE OF TRUE LOVE: It's only when we do things unselfishly (not worrying about outcomes) that we become truly loving and lovable. SPOILER ALERT: The filmmakers were questioning whether or not to have the main characters have sex at the end. The director turned to a costume intern and she said: "No. You'll ruin the movie." So they did what she said. 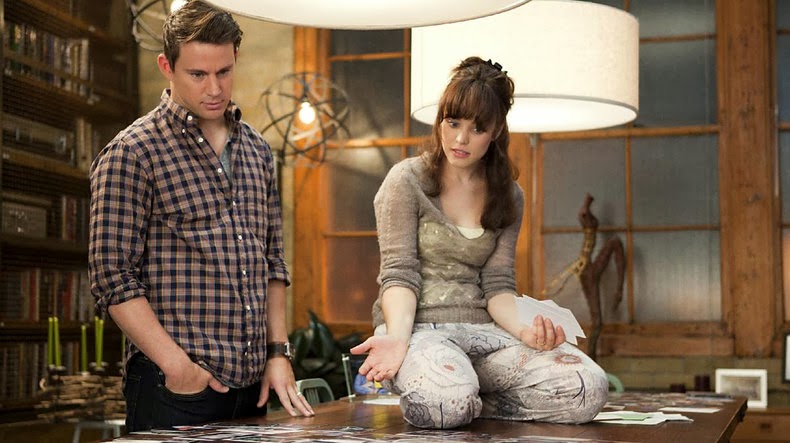 THE VOW (2012)
RATING: PG-13
CAVEATS: Several scantily-clad scenes (also between unmarried people), male and female.
SYNOPSIS: Based on the true story of a Christian couple (but completely de-Christianized), "The Vow" is about a young married woman (Rachel McAdams) who gets in a car accident that results in amnesia. She does not recognize her husband (Channing Tatum) or remember that she is married. Together they try to piece their life back together, but it's not easy. The Christian couple's true story is available in book form!
WHAT TO LOOK FOR: "We don't talk to each other like that." Wow.
WHY THIS FILM IS AN EXAMPLE OF TRUE LOVE: Although there is no mention of God, "The Vow" shows that marriage is a natural institution between a man and a woman involving public vows and deep love and commitment through thick and thin.
My full review: http://hellburns.blogspot.com/2012/02/movies-vow.html#.Uvh-B_ldWnY 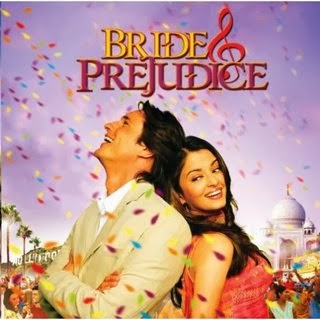 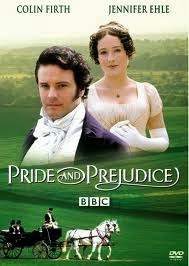 PRIDE AND PREJUDICE (1995)
RATING: TV mini-series, so no rating
CAVEATS: You may experience an attack of British-mania and start talking like "Downton Abbey" all day.
SYNOPSIS: The guy and gal in Jane Austen's love story are fiercely attracted to each other, but are separated by class. Verbal sparring ultimately brings out the best in each of them.
WHAT TO LOOK FOR: Colin Firth. You have to watch the Colin Firth version.
WHY THIS FILM IS AN EXAMPLE OF TRUE LOVE: Getting our values and beliefs together is essential to the blossoming and harmony of a relationship. Relationships need to be egalitarian, without one feeling/acting superior to another.

BRIDE AND PREJUDICE (2004)
(A fun Bollywood version of "Pride & Prejudice"!)
RATING: PG-13
CAVEATS: Some scantily-cladness (both sexes) including in the context of sunbathing and dancing.
SYNOPSIS: The guy and gal in Jane Austen's love story are fiercely attracted to each other, but are separated by class, and in the Bollywood version: culture. Verbal sparring ultimately brings out the best in each of them.
WHAT TO LOOK FOR: The hilarious "other" suitor.
WHY THIS FILM IS AN EXAMPLE OF TRUE LOVE: Getting our values and beliefs together is essential to the blossoming and harmony of a relationship. Relationships need to be egalitarian, without one feeling/acting superior to another. 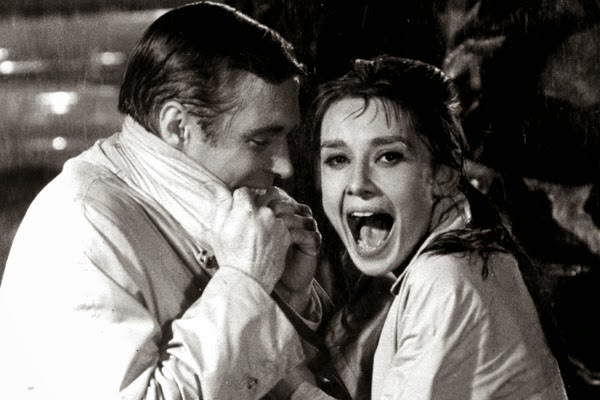 BREAKFAST AT TIFFANY'S (1961)
RATING: NR (not rated)
CAVEATS: Audrey Hepburn's and George Peppard's characters are elite female and male escorts. It is handled so discreetly that often people don't even remember this fact about the film. Lots of smoking and alcohol use.
SYNOPSIS: Holly Golightly (Audrey Hepburn) is a restless gold digger. Her philosophy of life is to try to please herself in a vacuum: just live in a detached, disconnected way and you'll never feel pain or get your heart broken. Money and luxuries can fill the hole where relationships are meant to be.
WHAT TO LOOK FOR: The taxi cab proposal scene. What is more appealing: commitment or hooking up?
WHY THIS FILM IS AN EXAMPLE OF TRUE LOVE: By illustrating the truth by contrast and watching people go about life the wrong way first, we learn that true love is still possible for everyone. And the fashion in "Tiffany's" is to die for. 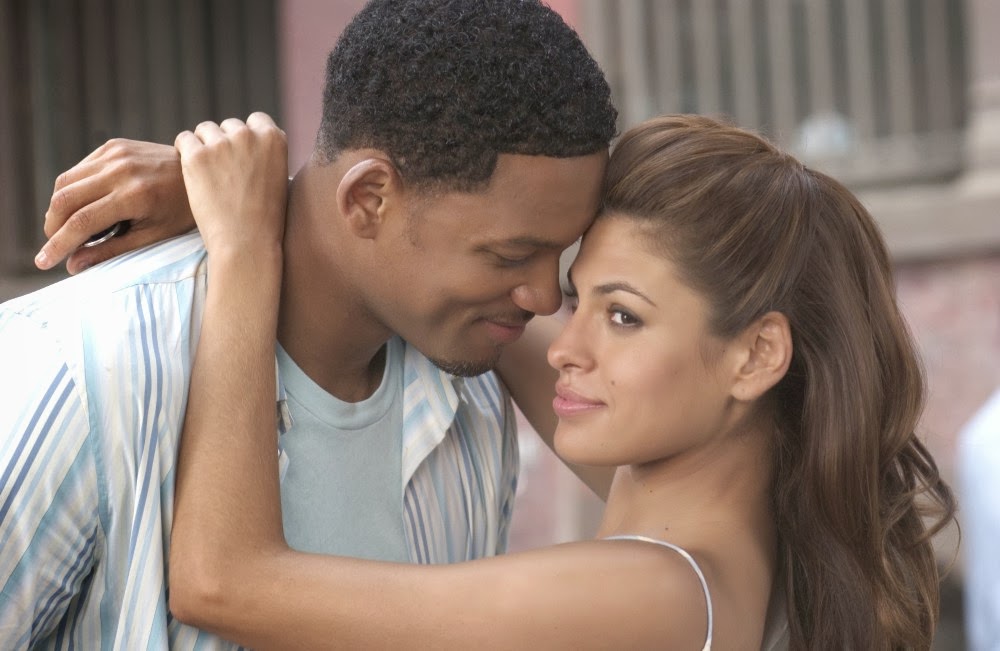 HITCH (2005)
RATING: PG-13
CAVEATS: Some sex-talk and implied sexual encounters.
SYNOPSIS: A matchmaker (Will Smith) doesn't do so well in his own love life.
WHAT TO LOOK FOR: How does Will Smith's character treat women?
WHY THIS FILM IS AN EXAMPLE OF TRUE LOVE: Will Smith's character shows us that true love takes time, patience, humility, perseverance. And it's often awkward because it's supposed to be awkward. Substance abuse combined with sex before marriage only sabotages relationships before they can start. True love bumbles around before it becomes smooth.

Yes, folks. These are our future priests.
(Be sure to turn on volume, upper LH.)

"Gimme Shelter" (not the Rolling Stones' song and documentary by the same name) is a rare blatantly pro-life story--with big name actors--to hit the theaters. Vanessa Hudgens puts in a gritty performance as castoff pregnant teen named Apple. This is a real street kid with an abusive street mother. Vanessa looks and acts every bit the part: disheveled hair, piercings, clothing to hide her gender (and pregnancy), hopeless stare, poor communication skills, eating from dumpsters, continually in survival mode.

Apple is trying hard with what little she has, but the deck is stacked against her every way she turns. Apple's circumstances are just the type that are used for automatic justification of abortion. Surely SHE should have an abortion, right? It's a no brainer, isn't it? She's a kid herself, she's homeless, she has no resources, no support system, no future. The baby will be raised in poverty and misery, just like Apple herself, and the child will wind up dead or in prison. Isn't this the de facto narrative?

Well, Apple is here to defy the system and break the cycle. Not because she's trying to make a statement, impose her will, or make things difficult for those around her. There's just a primal instinct in her that says: this baby could've been me. Was me. This is exactly how I came into the world. It's like killing myself. She's tired of being shuffled around, told what to do and treated like a problem that requires easy, expedient solutions. She just feels like the whole thing (abortion) stinks, and she's not having any part of it. It doesn't even play out like some "motherly" instinct. Apple is not looking forward to being a mother and having a cuddly little someone of her own that will finally love her back. She has been pushed to do plenty of wrong things in her life, but this is NOT going to be one of them. Apple is putting her foot down.

What makes Apple even more heroic is that she has absolutely no plan. She flees the abortion clinic not having a clue what she's going to do. A wise old priest (James Earl Jones), unfazed by Apple's anger and abrasiveness, tells her about a place for pregnant young women like herself.

"Gimme Shelter" is based on the true story of Kathy DiFiore (played by Ann Dowd) who opened a home for young mothers in New Jersey. The film follows Apple's hardscrabble road to the shelter where she finds safety, but most of all, what family means. Rosario Dawson is baneful as Apple's crazed, vicious mother. Brendan Fraser is her wealthy biological father, and Stephanie Szostak is chilling and spot-on as his society wife who can't seem to find a place in her heart for Apple. We get to see photos of the real characters at the end of the film.

Former Mousketeer Vanessa Hudgens proves herself a versatile and serious actress (after her roles in the racy "Sucker Punch" and dissolute "Spring Breakers").

The story is simple and linear. It's about the little things and everyday drama, everyday violence and everyday hope. The banality of life, death and desperation. It feels more like a solid made-for-TV story than made for the big screen, but definitely worth seeing!

THE BODY IN ART & MEDIA