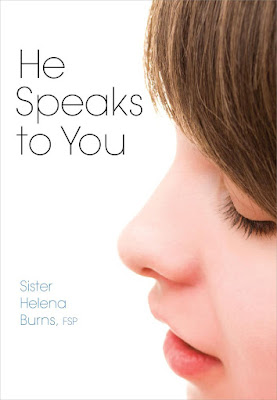 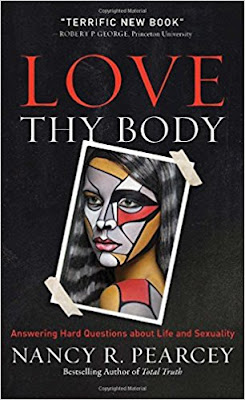 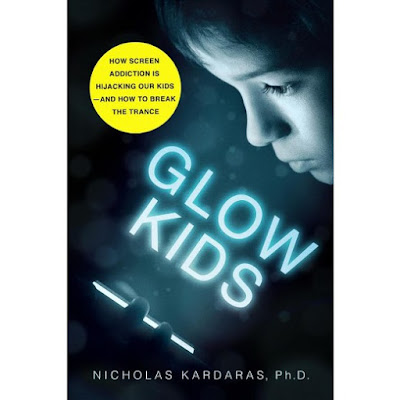 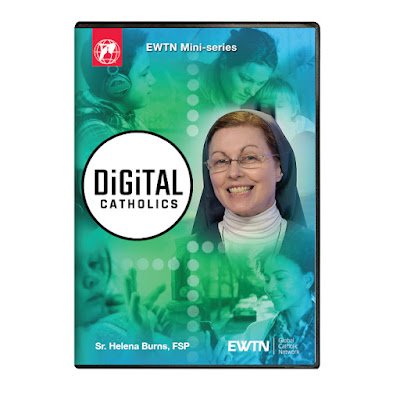 Other "Digital Generation Resources" for parents and everyone else: 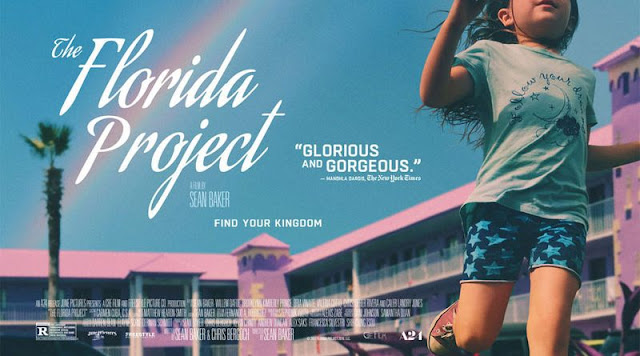 All I knew about the film "The Florida Project" was that it chronicled the lives of motel dwellers, people too poor to pay a month's rent, but able to pay week to week. I imagined this film would be rather solemn and sorrowful, but it's not. It bursts forth from the opening scene with the chutzpah and brashness of those for whom it is imperative to hustle for their next meal. It is also suffused with the contentment of those who can only afford life's simple pleasures.

The joy in the film is provided by the protagonist, a little six-year-old upstart girl named Moonee who is as feral and mouthy, tough and vulgar as her young, tatted, rainbow-haired, party girl single Mom. But Moonee is not the only wild youngster left to fend for herself most of the day during summer vacation on and around the grounds of the purple "Magic Castle"--a motel near Disney World. The motel is a bit of a paradise for kids to be kids. Moonee and her merry ragamuffins have very little money or gadgets. They incessantly chatter to each other and scream and laugh and know everyone's business and roam about and pull pranks and taunt grown-ups.

The way this film is shot is unique, unusual, but with a non-pretentious indie air. There are lots of long shots and establishing shots of the colorful and fanciful buildings and architecture on the tourist-trap strip where Moonee lives. The acting is a kind of "direct cinema" at its finest. Especially this little girl. This extraordinary little ingenue. You can't even call her a great little actress. She is somehow real, breaking through the fourth wall at every turn. One scene of her in a bathtub (where she is forever shampooing her toy horse's and doll's hair) makes us believe we are seeing the real Brooklynn Prince (the name of this child actress) who has perhaps forgotten that the camera was left running. The other children too, while we sometimes catch them acting, we catch them having immediate emotions and reactions even more often.

Willem DaFoe plays the kind-hearted but firm-handed motel manager who often finds himself doing double duty as watchful parent to the herd of little banshees and troublemakers. The fact that these kids spend long hours unsupervised, with nary an adult in sight is quite discomfiting. We're just waiting for something bad, really bad to happen.

Moonee's mother is pretty terrible with the parenting skills, but she certainly teaches her daughter survival skills. Not only that, she truly loves and enjoys her child--playing with her with abandon, like a kid herself. But Mom's life is also a risky one, always one wrong move away from the brink of disaster. Is it better that Moonee be taken away and put into the dreaded "system"? Or is it better for kids to be with their birth parents if at all possible--albeit with much support and oversight from child welfare services? That seems to be the question of this mesmerizing film, "The Florida Project." Six-year-old Moonee seems to answer it for us.

(It's rated "R," most likely for the myriad F-bombs and other language. Otherwise, it could be PG-13.)

--Excellent article on a huge debacle in Toronto where children were taken from their parents due to faulty drug testing. Many excellent points made about spending energy and resources to keep parents and children together: https://www.thestar.com/opinion/star-columnists/2018/03/02/motherrisk-reforms-show-struggling-families-dont-need-to-be-split-up-they-need-our-help.html

"What parents, kids needed was help."

Gary Oldman as Winston Churchill in "Darkest Hour" is more than just the role of an actor's lifetime. It's England's story, humanity's ultimate story of the 20th century that risked being forgotten as new threats, tensions and dramas play out and capture our attention on the world scene in a new century, a new millennium.

This rotund, vigorous, idiosyncratic, stogie-chomping, alcohol-swilling, Cicero- and Horatio-quoting, alternately jolly and irate, almost default Prime Minister of England was just the right combination of brains, wit and humanity to get the job done. His wife (played exquisitely by Kristin Scott Davis) was his equal and his foil and his cheerleader--comprehending her husband through and through. The King (yes, the stuttering King George VI of "The King's Speech," played by the unrecognizable and always sterling Ben Mendelsohn) gives him the last nudge of confidence to do what he knew he must: what was growing in his heart as the undisputed right thing.

The characters are not just three-dimensional, they're five-dimensional. The grand but not grandiose, ebullient, lively and varied soundtrack beating throughout, sucks us back in time, and although there are lots of mini-speeches leading up to "The Prime Minister's Speech," the film is a foreigner to boredom and a friend to unpredictability, and lots of historical yuks.

England in 1940: What an admirably ordered and orderly society. Everyone had a part to play and there were no little parts. There is great honor and nobility in doing one's job well and being one's self well. Order is something our chaotic world now eschews at the risk of its own free-willed demise. We must convince it of the benefits and rewards of living in accord with reason, the divine plan and one's own nature.


THE NEED TO KNOW MORE

For all the brilliance of this film--as well as the complete makeup magic transformation of Gary Oldman (the phrase "inhabiting the character" comes to mind)--I was disappointed by the lack of exposition in a slightly larger context. "Darkest Hour" takes much for granted of our knowledge of this segment of the World War. After Churchill's rallying speech to Parliament that they should not accept or even hear any terms from Hitler (which is the end of the film), we are only told what happened to Neville Chamberlain (Churchill's immediate predecessor) and to Churchill himself. Yes, this film is cutting close to the bone and rigidly and tightly following a personal story as a historical piece should, but we desperately needed the Epilogue to tell us more. We needed to know that London was indeed bombed to smithereens, and that the Underground (London's subway system) served as a massive bomb shelter. We saw this beautifully foreshadowed when Churchill descends below and polls the commuters as to what he should do. Should England surrender or stand strong? The people wouldn't hear of surrendering.

One statement of Churchill's that has always stayed with me (that I was aware of before this movie was ever made) is: "We may show mercy, but we shall not ask for it." Was this a foolhardy, reckless provocation? Was Churchill drawing down a deeper doom upon his countrymen's heads (while he would most likely be safely locked away in a bunker during the bombardment)? Not at all. Churchill was not being a stubborn, proud, patriotic man. He was telling the world that you don't make a truce with evil. You fight it head on. "What fellowship does darkness have with light?" 2 Corinthians 6:14. Not only England, but the planet needed a man such as Winston Churchill, right at the beginning of the hostile conflagration, to say "Enough!" A little evil, a little savagery is too much. If we compromise here and now on this and that, there is no stopping the slippery slope. (E.g., there is now a pilot program called "Porn Literacy" in high schools in the USA. The thinking is: "We can't stop teens from using porn. At least we can teach them to be discerning and discriminating. To know what might be real and what might be fake." No.)


NO DEAL WITH THE DEVIL

Churchill's instinctive plan was to claim VICTORY, win or lose. Which is the truth. You are already the victor if you are on the side of right. "Nations that go down fighting rise again." "Lost causes are the only ones worth fighting for."

"The Darkest Hour" is a masterful, artful, engaging dramatization with no false notes that depicts a truly inspired man, a flawed genius with a clownish visage. A hero, not with swords, but with much-needed words who simply could not stomach evil.

Hindsight is 20/20, but would that each of us learned to respond as quickly and unflinchingly as Winston Churchill to the siren lay of compromise and mediocrity and neutralization in the never-ending battle of good vs. evil swirling all 'round us.

--The face is Churchill's, the eyes are Oldman's.

--Such a fine work, fine acting, fine everything.

--My father did not like Chamberlain. He would angrily mimic: "There has never been such peace in our time...."

--So many great WC quotes: "You cannot reason with a tiger when your head is in its mouth!" One more reason not to deal with the devil (1 Peter 5:8).

--In his great speech, Churchill paints the picture of the so-called "peace" they were being offered: "The swastika flying over Buckingham Palace?!" Then they get it.

--Churchill "mobilized the English language and sent it into battle."

--Churchill knew that a sense of humor and the warm, common touch were the greatest medicine of all.

--My mum taught me that the hand signal "V" for victory was done as Churchill first did it in the film.... (Otherwise it's just a peace sign!) ????

--The History Channel has a devastating series called "Nazi Collaborators" about heads of nations and other groups who capitulated to Hitler--either passively, reluctantly or willingly. These people and groups are now associated with infamy.


Sometimes, it takes a Canadian.

JBP deconstructed: how to converse like the good professor.