My article: "Marxism Has Nothing To Do With Christianity" https://catholicregister.org/opinion/guest-columnists/item/32065-sr-helena-burns-marxism-has-nothing-to-do-with-christianity… via @CatholicRegistr

Judas was a Marxist. He pretended to care about the poor, but it was really about a money and power grab. And then he betrayed the Prince of Peace. John 12:5-6; Luke 22:48

--ACTION ITEM: Pray the Rosary every day as Our Lady of Fatima asked.

--ACTION ITEM: Subscribe to theepochtimes.com (hard copy newspaper) and get free updates into your email inbox. (I find ET the most helpful of all independent news outlets right now.) The Epoch Times is from anti-Communist Chinese dissidents (Falun Gong) with a diverse editorial staff. Their motto is "Truth and Tradition" and they love the USA. Top-notch journalism covering all kinds of subjects. Very positive and uplifting. They explain how communism infiltrates everywhere. Great articles for parents, great stuff on the arts, health, finances, etc. Even syndicated cartoons!

--Popes Pius XI, Leo XIII, Pius XI and Pius XII exposed and roundly condemned Marxism/Communism/Socialism with their respective encyclicals: "On Socialism" (1878),  “Reconstruction of the Social Order” (1931) and “On Atheistic Communism” (1939). FREE at vatican.va  One cannot be a Christian and a Marxist-Communist-Socialist.

--EXCELLENT new book and video series (from the Epoch Times editorial staff): "How the Specter of Communism Is Ruling Our World" https://www.theepochtimes.com/c-how-the-specter-of-communism-is-ruling-our-world

--“The Devil and Karl Marx” by Paul Kengor—Marx not only devised a devilish system, he also dabbled in Satanism.

--"Rules for Retrogrades--40 Tactics to Defeat the Radical Left" by Timothy Gordon--What can YOU do to resist/push back today's neo-Marxism? (Riffing off Saul Alinsky's nasty "Rules for Radicals")

--"Inside the Aquarium: The Making of a Top Soviet Spy" by Viktor Suvorov. Describes the author's recruitment and training inside the Aquarium, headquarters of the GRU, the Soviet Union's top-secret military intelligence organization

--Jordan B. Peterson YouTubes on Communism and totalitarian systems

--We taught our young people about the Holocaust and brought survivors into classrooms to speak to them. We forgot to do that with survivors of Marxist/Communist/Socialist horrors. But they are all around us. Speak to those who lived it from the former USSR, Vietnam, Angola, Cuba, China, etc.

--“Revolution” by the Beatles:

You say you'll change the CONSTITUTION
Well, you know
We all want to change your head
You tell me it's the institution
Well, you know
You better free your mind instead

--“The School of Darkness” by Bella Dodd—An American Communist operative in NYC in the 1920’s-1950’s, Bella left the Party disillusioned and was brought back to her Catholic Faith through the instrumentation of Bishop Fulton Sheen. She testified before Congress and revealed the infiltration of Communism into politics, teachers’ unions and Catholic seminaries.

--“The Drama of Atheistic Humanism” by Henri de Lubac—Amazon review by Tina Bell: To look at Nietzsche, Comte, and Marx through the eyes of this genius is the best way to think about what Atheism is, and why it became the religion of the 19th century. The book will point you to Dostoevsky if you are looking for the Christian response. De Lubac doesn't waste his time on arguments against atheist humanism ---arguments will not win this fight. As a Roman Catholic it occurred to me that the answer to atheistic ideologies is not a Christian ideology (if such were possible). This is a humanism invented by often tormented and arrogant men who saw a real problem--rationalism--and found Christianity wanting. Their new religions required a denial of God, and the assent of the mind to their man made creeds. I have to say, how like men. The real answer? The unvarnished, real answer? If you want a book, read The Devils by Fyodor Dostoevsky. But there's a better one, and she appeared at Fatima during the early part of the 20th century.

--“Zeal for Your House” by Bishop James E. Walsh, Maryknoll missionary tortured in prison for 20 years in Communist China

--“With God in Russia” by Fr. Walter Ciszek, SJ—a U.S. priest goes undercover to administer the Sacraments in Communist Russia and gets caught ("He Leadeth Me" is the same autobiographical story, but it's Father's internal journey)

--“My Thirty-Third Year”—a young priest in the Gulag

--“Holodomor: The Ukrainian Famine-Genocide (Bearing Witness: Genocide and Ethnic Cleansing)” by Philip Wolny—In the first half of the 20th century, Joseph Stalin, a Marxist-Leninist, starved 10 million Ukrainians to death.

--"Live Not By Lies: A Manual for Christian Dissidents"--by Rod Dreher https://www.ncregister.com/features/totalitarianism-s-toll-as-told-by-the-people-who-lived-it 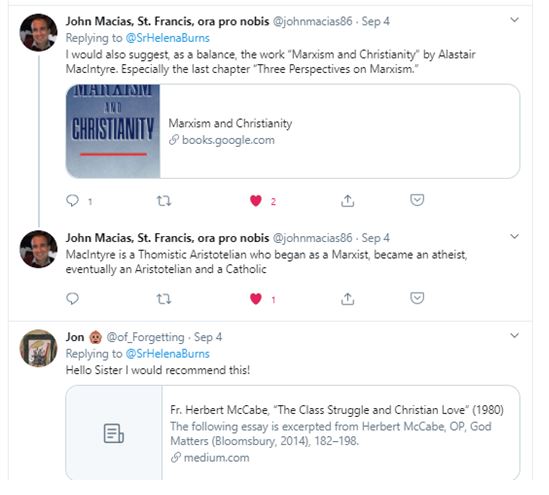 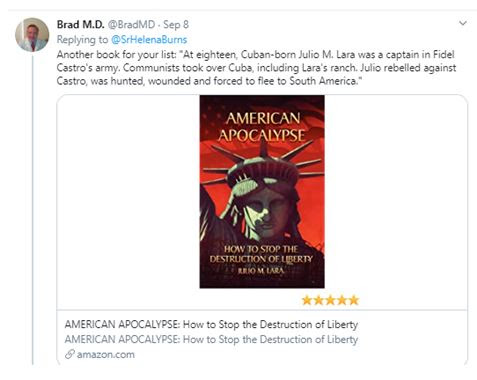 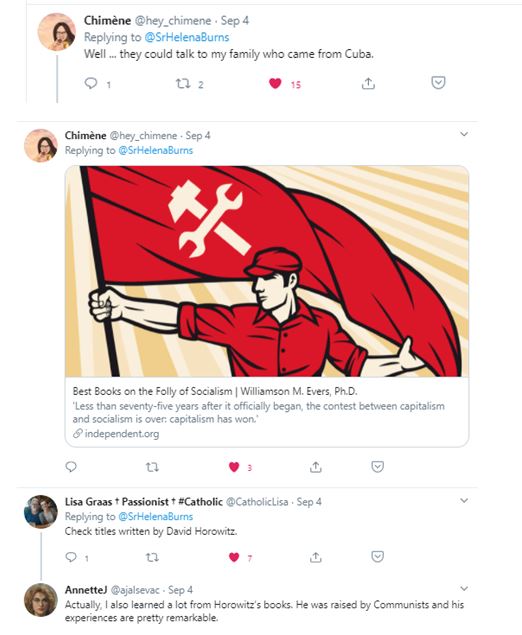 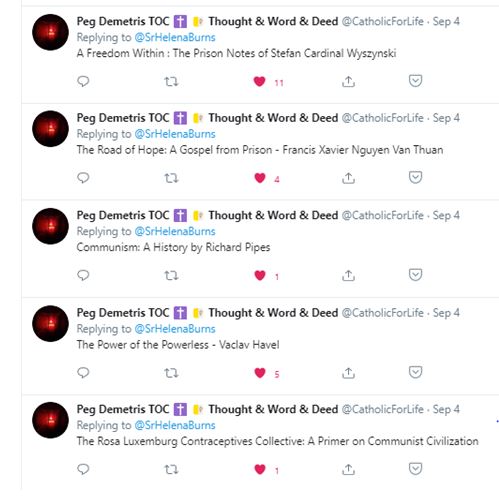 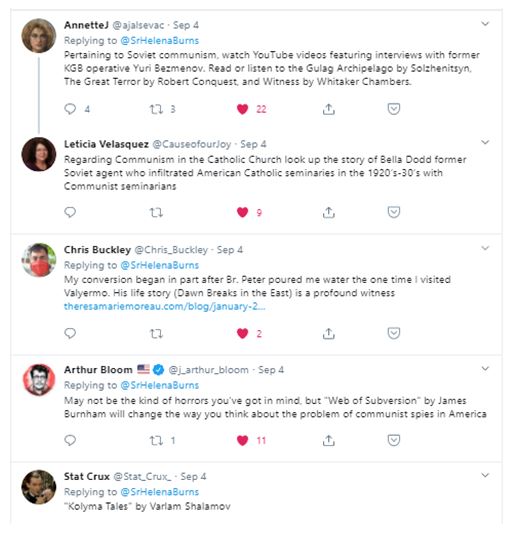 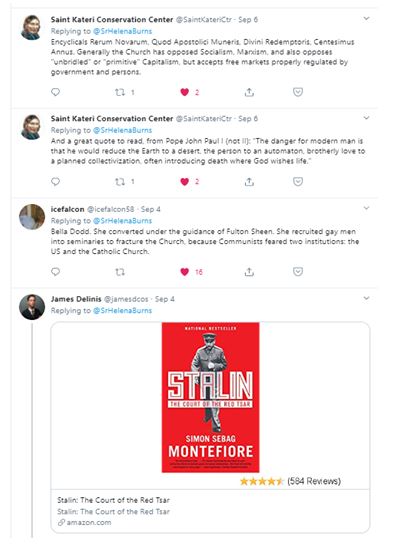 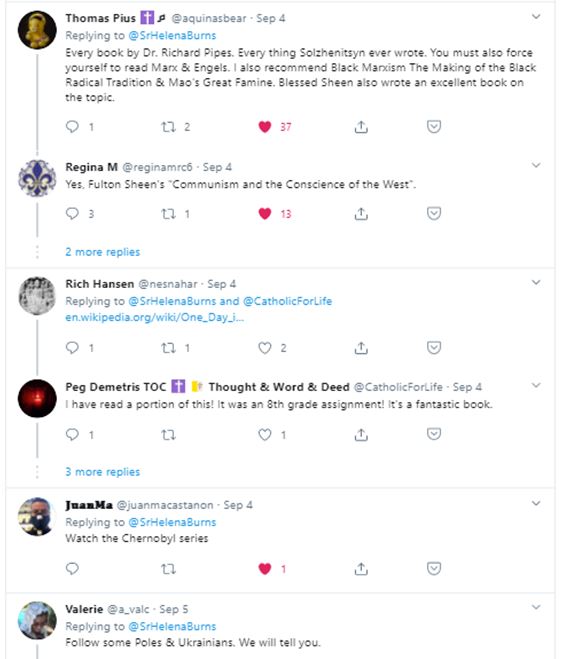 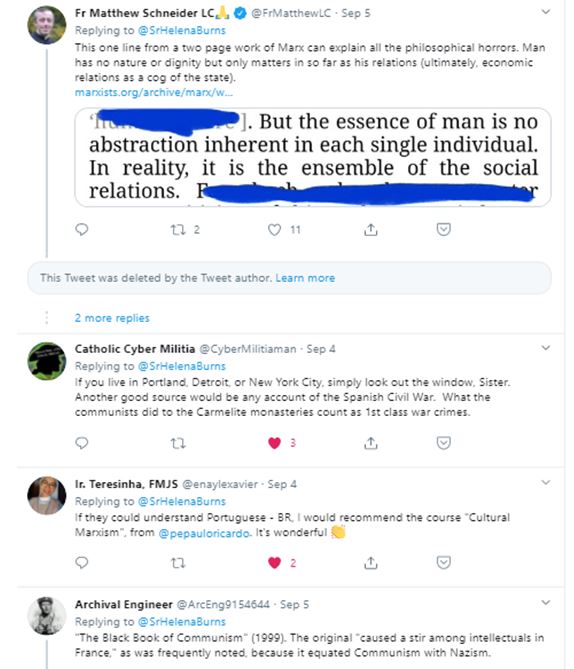 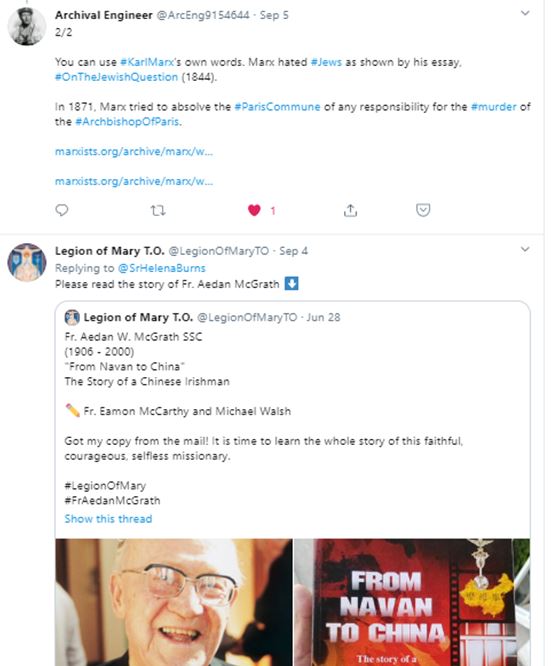 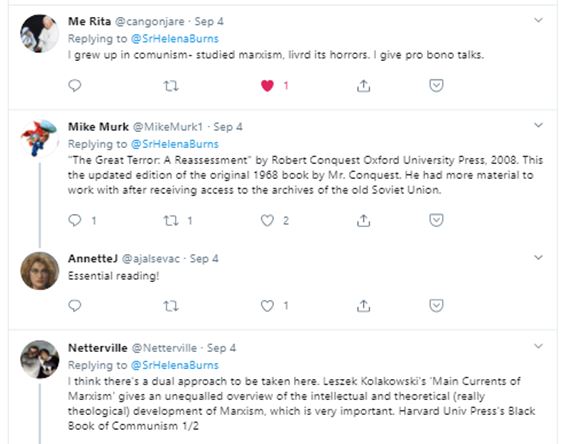 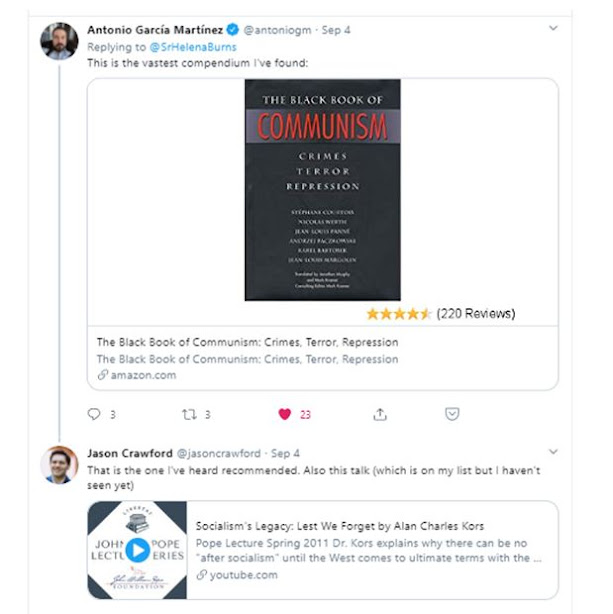 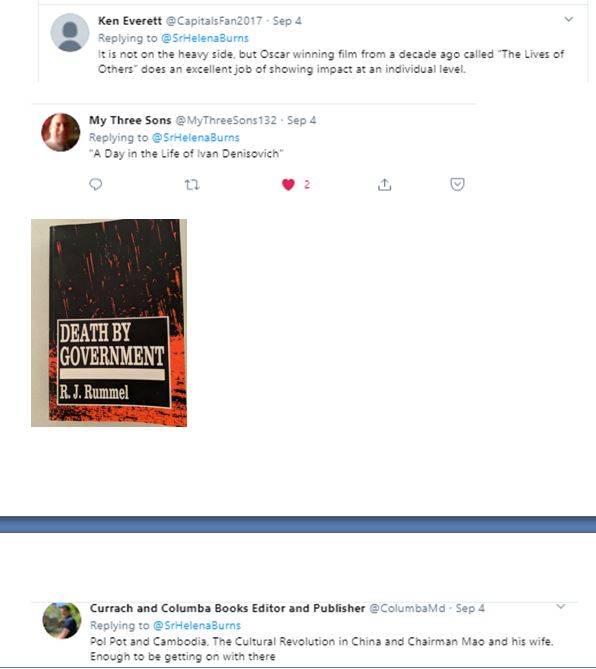 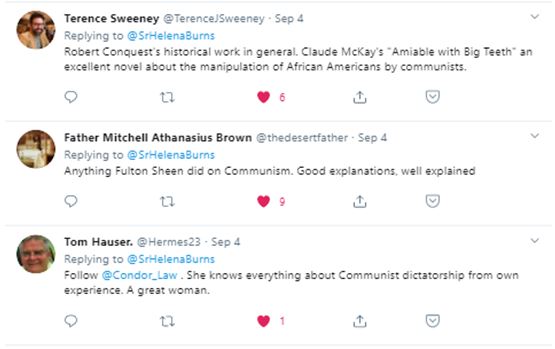 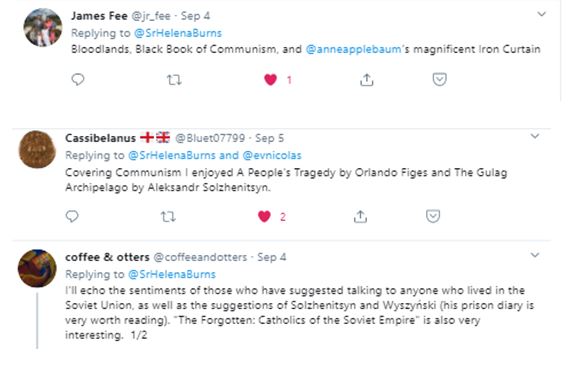 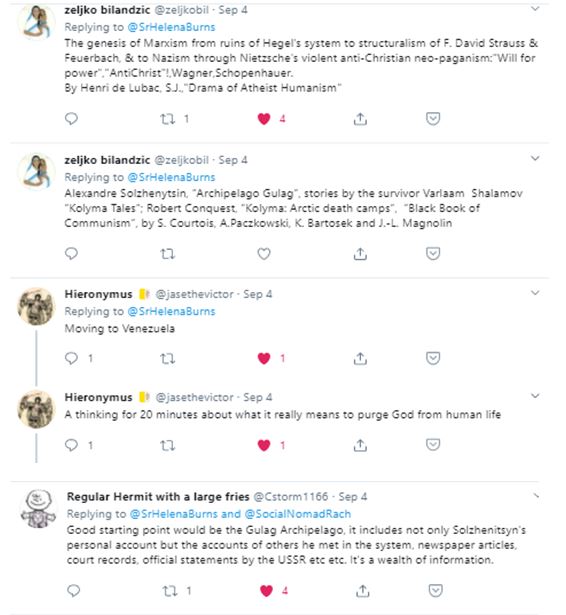 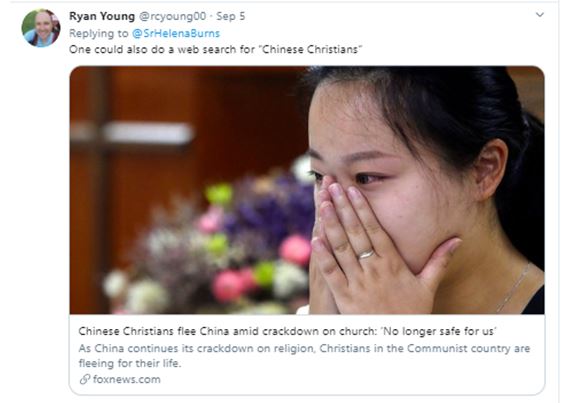 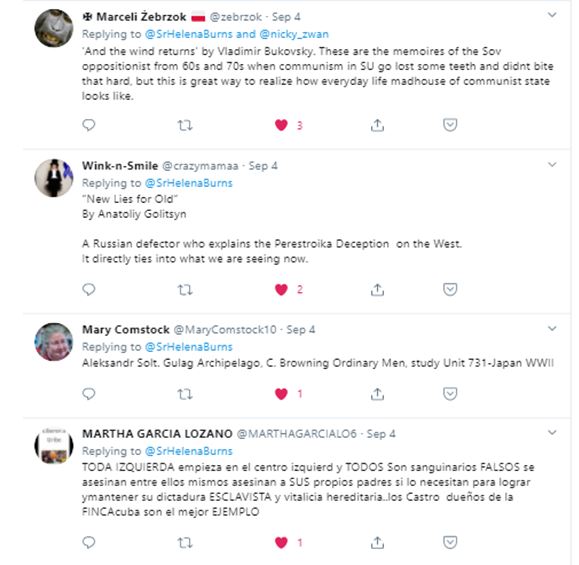 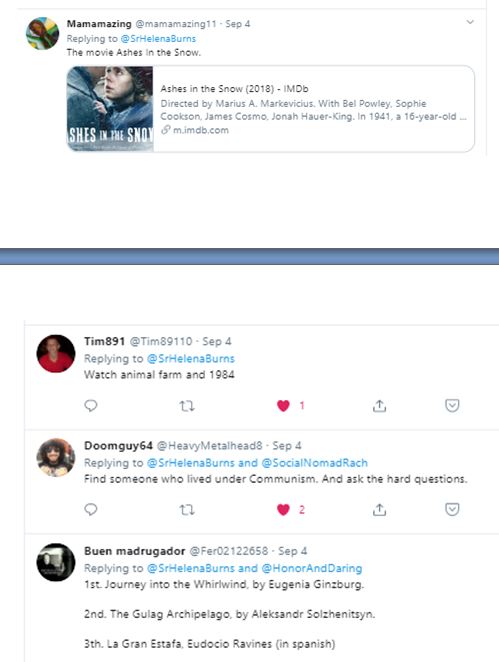 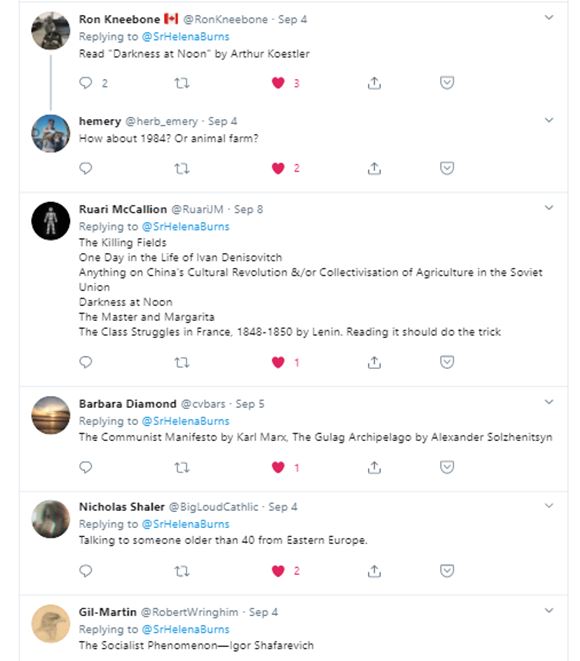 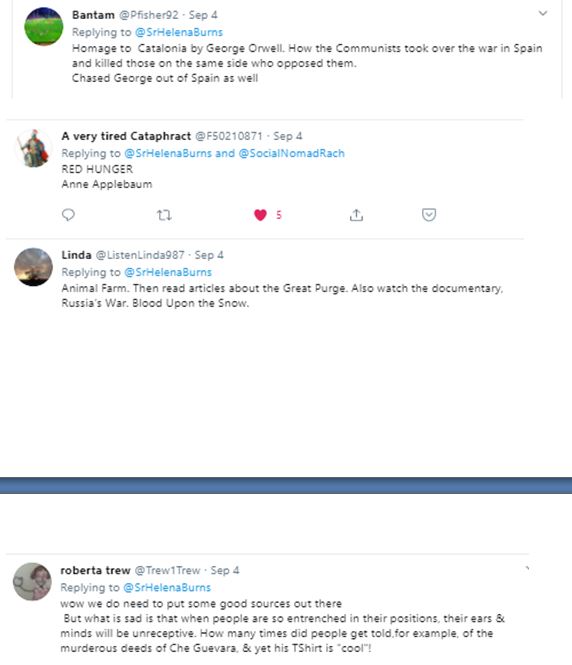 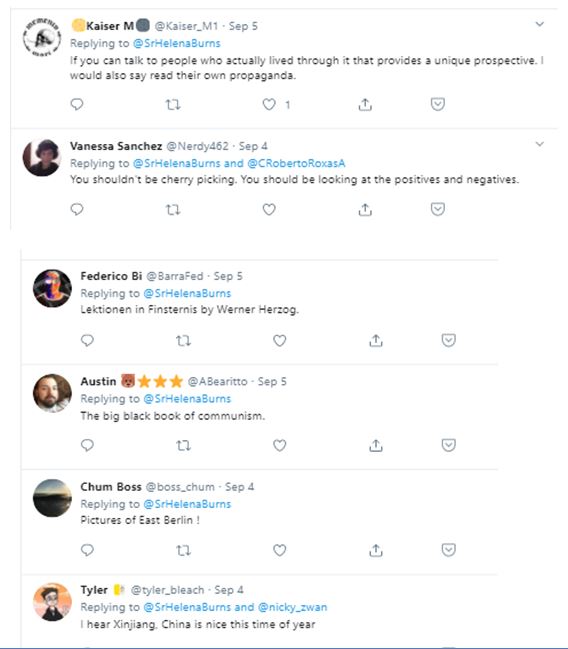 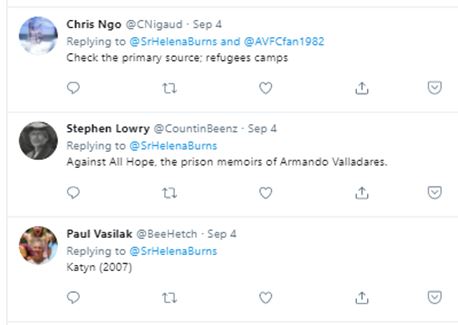 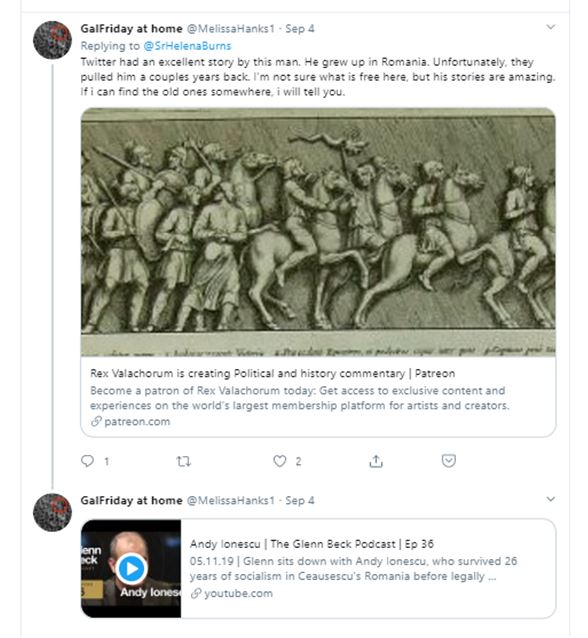 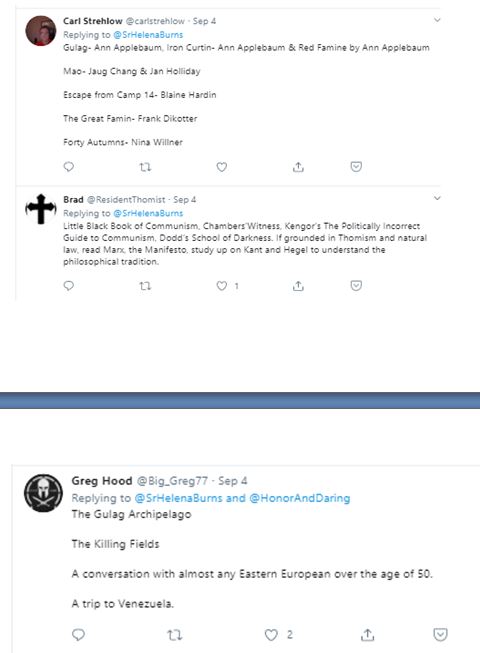 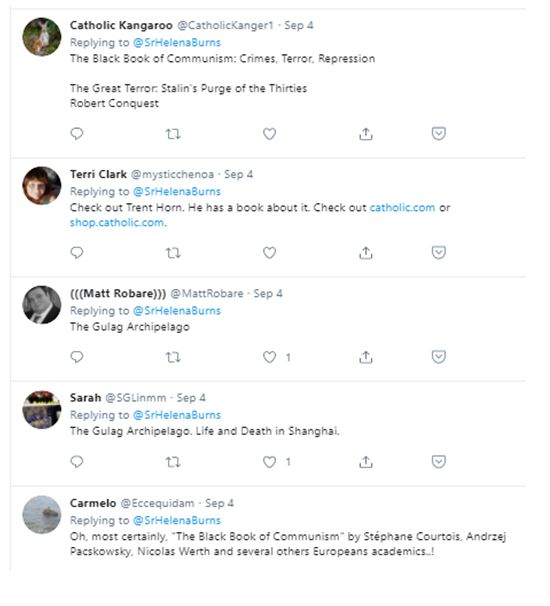 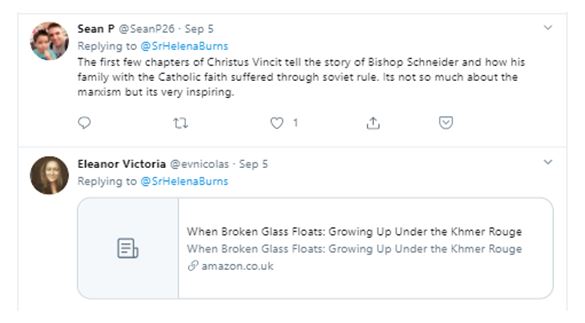