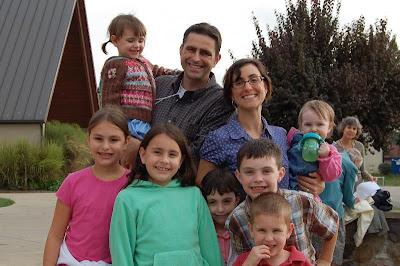 Man is capable of rising above sexual “instinct” and other “instincts.” The sexual urge is the strongest of all urges because it has to do with our very EXISTENCE.

The sexual “urge” is a "vector of aspiration from which the human person grows and perfects themselves from within." When we live according to the sexual order, it orders our whole being and we progress and grow. E.g., a man becomes fully a man only in relation to woman (not just an individual woman, but, e.g., a priest toward the Church, the feminine). A priest’s relationship to the Church perfects both himself and the Church. IT MUST BE COMPLEMENTARY IN NATURE for the perfecting to happen. A man cannot fully perfect another man.

That’s why our sexual drive is so strong—because it’s what perfects us in every way! People attack Christopher West for being “too sexual” in his presentations, but actually, we are not “sexual” enough! We have to be like God, more like God. How? Through love and life which is what our sexuality is all about.

We are not responsible for what occurs independent of our will in the sexual sphere (senses and emotions), but we are fully responsible for what we do with it (sense and emotions and will).
To understand ourselves in terms of the spousal element of our being is to understand everything about ourselves. Gender has a revelatory nature. Our genders reveal God!
What about hermaphrodites? (Who prefer to be called “intersex” today.) Doesn’t change anything. Even though it’s a kind of departure from the norm, it doesn’t change anything about the fundamental order of creation or human nature. The fact that we talk about it as an exception also shows this. But hermaphrodites are also sexual/spousal beings! They too, need to make a gift of self! (And receive the gift that others are.) Everything “TOB” applies to them, too. Even if our bodies/sexual organs, etc., aren’t perfect, it doesn’t matter, because sexuality isn’t just physical, it’s also spiritual/emotional/psychological/social!

A human male is attracted to the whole value of what is feminine, not just her body for “reproduction” like the animals. Same for the woman attracted to a man. We each have a value that completes the other. It’s not just about mating and sexual satisfaction.

To talk about sexual “orientation” is amorphous/too generic, we are attracted to a specific PERSON (or should be). It’s personal. [Sr. Anne: A woman who was in a lesbian relationship for many years eventually married a man and had kids. She says she is still not attracted to men. She is only attracted to her husband.]

LOVE is a phenomenon of people only, not animals. It’s fundamentally different FROM the sexual urge. It involves the whole person. Love is given its definitive shape by acts of the will at the level of the person.

What should couples do/not do when dating? BE HONEST TO THE SITUATION. Are you really going to get married? Don’t treat dating like mock-marriage, marriage-lite. It’s not. Only marriage is exclusive. Don’t treat dating like it’s marriage. Maybe not even call it dating, call it “friendship,” and once it’s a solid Christian friendship/brothers & sisters in Christ [“Today I marry my best friend” is a great marriage-sentiment!], you can advance to “courtship” because you’re purposefully heading toward marriage. If you’re not thinking about marriage, don’t get so intimate (of course not sex, but also not the other intimate demands that marriage would put on each other: call me every hour, don’t even look at other women/men or talk to them, etc.). Don’t put each other in an either/or situation: Either this leads to marriage or I’ll be heartbroken. This is also why too much physicality will BOND you to each other and make it very, very difficult to break up even when you should!

Our world says: If you don’t act on all your urges, it’s unnatural! But the truth is the opposite! AS HUMANS, it’s unnatural just to follow our urges! It’s natural to HUMANS to regulate our lives according to our WILL, exercising our WILLPOWER.

[Our culture is both BLINDLY SUBMITTING TO NATURE (but only in our sexual instincts), and REBELLING AGAINST NATURE (in things like contraception and natural conception), and CRUSHING/CONTROLLING/MANIPULATING NATURE (genetic engineering, pollution, raping natural resources). Why do we have to treat Nature as Sacred? Cause it’s all we got! God made it and is working through it. The invisible—the spiritual and divine--is made visible through the physical.

For since the creation of the world God’s invisible qualities—his eternal power and divine nature—have been clearly seen, being understood from what has been made, so that people are without excuse. –Romans 1:20

Through faith we perceive that the worlds were created by the word of God, and that what is visible came into being through the invisible. –Hebrews 11:3

The Son is the image of the invisible God, the firstborn over all creation. –Colossians 1:15]

NFP—to use unnatural means to contracept damages the love-relationship between persons and that’s why it’s wrong. [Because it’s going against the nature of the act, the nature of love which is SACRIFICIAL. It must start with our love of/TRUST in God, otherwise we’re NOT going to trust Him with this huge area of our lives. We need to make room for God!]

Everything rises and falls on what goes on in the bedroom, that’s why we WANT God and the Church in the bedroom! The bedroom is the sanctuary of the human race. The woman’s womb is a tabernacle which the man must approach as a priest approaches the tabernable.

Q: Do you have to accept God to accept the natural order/natural law?A: No, but it helps.

National Catholic Bio-ethics Center shows all the science that is being suppressed (e.g., the contraception/abortion/breast cancer link)! The National Cancer Institute is adamantly suppressing this stuff!

Q: How define natural law?A: Our objective and subjective interaction with Nature. [And we ARE Nature, too!] VJP2G said: We are subject and object at the same time! We are subject to Nature, and object IN Nature, but we can also step back and reflect on our existence as the acting person/subjective subject that we are.

[VJP2G does use human experience as a starting point—the phenomenological method--(but AUTHENTIC experience). This is how VJP2G purified Kant! We can do things wrong for years and then say: “But this is my experience.”]
Fr. Loya: That’s what’s meant by a totally, totally HONEST and thorough examination of our experience….

Email ThisBlogThis!Share to TwitterShare to FacebookShare to Pinterest
Labels: love and responsibility, theology of the body