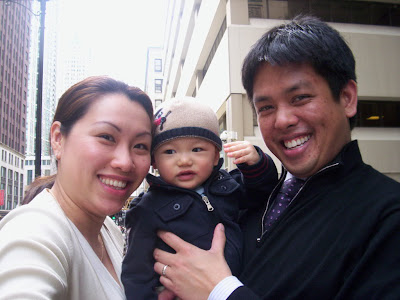 THEOLOGY OF THE BODY – “LOVE & RESPONSIBILITY”
FATHER THOMAS LOYA – DECEMBER 11, 2010
Metaphysics of love:
Senses – cognition – impression – emotion. Our culture gets stuck at the first two. Feelings are not the sum-total of reality. Our culture has such a hard time understanding this, because it’s all subjective. Feelings are like indicators on our dashboard, they are pointing at something else, asking us to look at something else, take some kind of action.

But our ultimate value should be THE TOTAL PERSON. Our goal is “integrated love.”
There is a kind of backlash today—some couples today are only wanting to use sex for procreation, and do things like having sex in the dark, half-clothed, trying to diminish enjoyment! (But this, too, is a kind of utilitarianism! It would make God utilitarian, also—just using us and not loving us.) There is a belief that all pleasure is bad (p. 59), but the Church has condemned this heresy a long time ago! (Manichaeism).

Sooo…we can’t “use” sex just for pleasure OR just for children. It has to be both, otherwise it becomes utilitarian—even for good purposes! K.I.T.=Keep It Together (see movie “Bowfinger”). Can’t separate LOVE and LIFE. Human beings can even understand how they are PARTICIPATING WITH God, (not being used by God).

The evolution story: “We have sex to procreate and keep the race going” is just a little tiny piece of it and doesn’t take into account the whole person, and is not EVEN utilitarian, because nature is blind and can’t have a will or purpose!!!

Advent/Christmas is nuptial: God, the Bridegroom coming to wed the Bride, HIM coming to participate in OUR humanity, wedding humanity to Himself. And this is directly connected with our sexuality, because it’s about INTIMACY AND INTIMATE UNION. The whole liturgical year is ONE MOVEMENT: even the gifts of the Magi foreshadow his death and resurrection.
The Church Fathers called Christmas “the great condescension.”

There is something unique that happens in “love between man and woman”—they develop to a fulfillment of themselves as persons. This kind of going out to the “other” does not happen in same-sex relationships.

p. 78—If “love” is based only on attraction/feelings (which are of their nature fleeting!), we are basing love on something fleeting! Sometimes we project qualities on people that aren’t there.
Father said he is counseling couples who are not married (pre-marriage counseling) as though they are because they are living together and living a married lifestyle! And usually, the man doesn’t want to commit and the woman is trying to get him to! [WE THINK WE ARE BEING SO “NATURAL” AND FREE, BUT WE ARE WORKING AGAINST NATURE BY SEX OUTSIDE OF MARRIAGE. NO SEX BEFORE MARRIAGE MEANS THE MAN WILL BE BONDED TO THE WOMAN AT MARRIAGE.]

FATHER TELLS THESE GOOD YOUNG CATHOLIC MEN (who aren’t even having sex before marriage): IF YOU’RE NOT SEEKING MARRIAGE, DON’T DATE. YOU’RE HURTING THESE WOMEN.

COUPLES LIVING TOGETHER BEFORE MARRIAGE HAVE A HIGH DIVORCE RATE because they’re playing at something and expecting to derive the full benefits by only going halfway. THE MAN IN PARTICULAR DOES NOT FEEL THAT THIS IS AN EXCLUSIVE RELATIONSHIP (AND RIGHTLY KNOWS THIS BECAUSE MEN ARE MORE ABOUT EXTERNALITY). We need to just keep affirming that 1) you want true love 2) God wants you to have true love 3) HERE’S HOW TO GET IT....! [“Sex and the City” is all about that: wanting the benefits of commitment without the actual commitment: trying things out, trial run, etc.]

In counseling, Father asks couples having problems: Go home and just look at each other as a Christian man and Christian woman in a Christian home (forget that you’re married). What does that mean in everything you do and say? What would a day in the life of the Holy Family be like? What’s your real family life like? How do I get them to match? (3 sheets of paper) It’s called a “family covenant” because it’s above everyone and everything. It’s higher than all those involved.

Q: Should couples get married younger?A: Yes—the vocational part of life (wife, mother, religious, husband, father, priest) is put on hold for a long time. And then the reversion to the faith happens, the vocation rises up. It’s almost a new area of ministry. [New York City has become a city of singles!] It takes a harder toll on women, in a sense, because they are told you must have a career (whereas men would be working/providing for the family anyway) and then they get totally involved in that, and motherhood requires a much greater commitment/cost/involvement physically, etc., on the woman than fatherhood does on the man, the biological clock for women is much shorter, juggling career and motherhood is much more difficult for women, etc., etc.