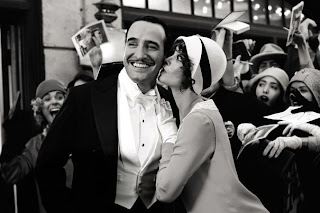 Why is “The Artist” being showered with so many international awards (and most likely a few Oscars)? It’s all about BRINGING BACK THE MOVIE MAGIC. Like “Hugo,” “The Artist” is a film about the craft of movie-making (it was a good year for such films). Whereas “Hugo” focuses on special effects, “The Artist” focuses on acting. But more than acting. The black and white “The Artist” focuses on VISUAL STORYTELLING which is precisely what film is SUPPOSED to be. Anyone who has gone to film school will appreciate the forceful message here, summed up by the last word of the film: “ACTION!” 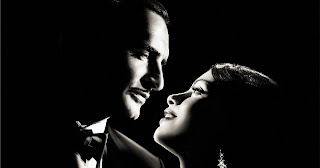 Filmmaking true to its pedigree tells the story VISUALLY. Lazy filmmaking (think “visual audiobooks”) tells the story through words, words, words (and plenty of voiceover). “The Artist” MUST tell the story visually, you see, because it’s a SILENT FILM. Say what? You heard me. And there are those black backgrounds with some white curly dialogue every so often (like “The Perils of Pauline” that people of a certain age will remember seeing on Saturday mornings). But these words were not even needed. We could have utterly followed everything without them. Brilliant. 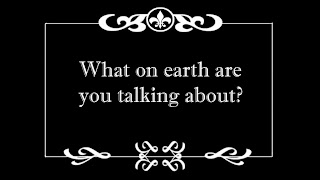 George Valentin (looking like the real McCoy, a manly actor’s actor, Jean Dujardin) is a middle-aged silent film actor. A chance meeting with aspiring young actress Peppy Miller (Berenice Bejo) begins the saga of her “talkie” career on the rise and George’s “silent” stardom waning—also due to his resistance to a changing world. In spite of their age difference and opposite fortunes, a love story develops. For me, this was a hearkening to those who can’t accept that we now live partially in a computer/digital/online/virtual world today. Companies like Blockbuster persisted in deep denial until it was almost too late.

Dujardin, who is up for a “Best Actor” Academy Award, is alternately melodramatic (as the silent movie star), brooding, forgetful of the camera, and a camera magnet. He is able to gaze prolongedly into and in front of the camera, as well as get us to gaze prolongedly at him. He is a total natural. Totally comfortable in all kinds of limelight. A true creature of the screen.

Although the story is too light to ever be wrenching (accompanied by such a delightful, old-timey, bouncy, Depression-era, “silver lining,” “sunny side of the street,” orchestral soundtrack), its tender moments are truly that. Since much of “The Artist” depicts films within a film, the takeaway seems to be that life is a film. Life is a SILENT film that is much more about our actions than our words. I would say life is a drama, a liturgy, a dramaturgy with a Paschal pattern. Like a star, we’re born, we grow, we shine, we fade, we die. And then we rise again.

I left the theater DANCING. You will, too.

--Is the Jack Russell (Ma calls them “those Jack Daniels dogs”) up for a doggie Oscar? He should be! He was in almost every scene. So cute when he buries his head….

--Three young ladies in my theater did NOT hear the Lorax telling them to shush it at the commencement of the film. So I told them to shush it during the Previews because I could tell we were going to have a problem. I wanted to hear every word of the Previews for my $11.50 (Chicago Loop cinema going ain’t cheap). And then, wouldntcha know it, it turns out to be a silent film, so I couldn’t act like I couldn’t hear the words when they kept up their tittering. But, dang it, movies are an (expensive) EXPERIENCE and these chicks were ruining the kick-posterior, lilting, music-only soundtrack. I leaned forward, and, in the glow of the glorious black and white, gave them my best stink eye. They caught it and put a sock in it for a few scenes. (It’s amazing the courage and strength one garners from being a consistent female opt-out at the airport cancer machines, and doing the pat-down in public—in order to set a good example.) Halfway through the film, the three “talkies” exited. Philistines. (But I still love them, of course--and all philistines--in Christ.)

--The Hollywood community understands and portrays well their particular brand of artistic heartbreak in the Hollywoodland of broken dreams…. Reminded me of “Mulholland Drive” under this aspect. (NB: I otherwise have huge problems with “Mulholland Drive.”) 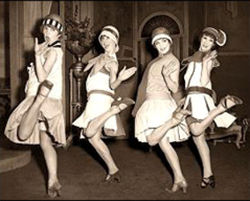 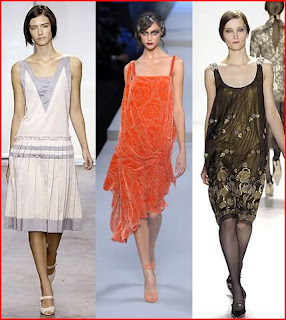 --Seriously? They had a “SCREENWRITER” chair on the sets back then? Sigh. “How are the mighty fallen.”

--Minor flaws: I felt like the film within a film in the beginning, to truly look like a silent film, should have been speeded up. The film hit its stride at the multiple “takes” when George first acts with Peppy. From there it was smooth going. Some shades of “Singin’ in the Rain” plot points….

--Dujardin totally nails the dapper peacock primping, preening and “mugging” of the times.

--“Tree of Life” is up against two FEEL REALLY GOOD MOVIES for Best Pic: “The Descendants” and “The Artist.”

--So I slept on it. My fears were NOT allayed. This movie is a pleasurable “in the moment” adventure, but has no sticking power. Zut alors!* Ultimately forgettable. Except for that balmy, tripping the light fantastic  SOUNDTRACK that I would love to hear as I walk down the street every day…. :]  Even the ominous parts are only quasi-ominous.
____________
Ugh. Even my French is “antiquated.”