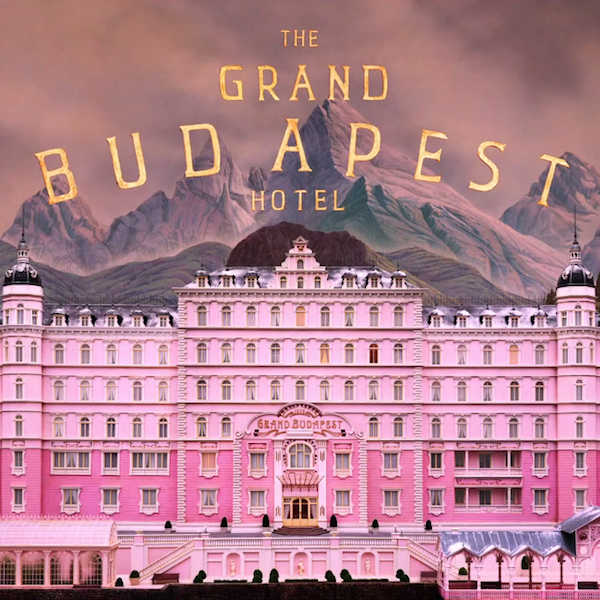 "Grand Budapest Hotel" is the latest quirky caper by director Wes Anderson ("Moonrise Kingdom," "Fantastic Mr. Fox," "The Royal Tenenbaums"). Everything about GBH looked fun, fantastical, and perhaps even profound: It seemed to be about a pre-World War II, spit-and-polish, top-of-his-game, uber-devoted hotel concierge (a smashingly comedic Ralph Fiennes) from a made-up Eastern European country who is a  tribute to a more gracious bygone era that will never return. But, alas, GBH does not make this case.

With more stars than a red carpet on Oscars' night, GBH tells a story within a story amidst Anderson's signature highly-stylized sets that are toy-like and perfect without being meticulous (Anderson has too much of a sense of humor to take himself that seriously). The story of said concierge, "Monsieur Gustave," is recounted to a writer (Jude Law) by his faithful young protégé, now an old man, played by the why-don't-we-see-more-of-this-fine-thespian F. Murray Abraham.

The tone of the film is deadpan, tongue-in-cheek with quick banter, and chock-full with jokes and gags just for the sheer fun of it. Fiennes is often talking so fast, and with the varied accents and camera sometimes off the faces of the speaker, it's hard to catch all the good stuff. I'm flattered that the director thinks we're sharp cookies, but he really did need to make all of the jokes (spoken and otherwise) "catchable."

There is plenty of lewd humor, often flipped off furtively at the end of a scene, much like what would come from the mind of a sex-obsessed teenage boy-man. The fleeting nudity is all female. All. The pinnacle of which is a disturbing and rather grotesque Toulouse-Lautrec-ian painting of lesbian sex that gets quite a bit of screen time. Sex is all farce. But then, so is life. All the protocols and rules and codes that Monsieur Gustave clings to and insists upon and instills in his underlings are absurd in the end. (Many nihilistic statements are made to this effect.) But, it's all he has, so...carry on. And the Nazi-like army that takes over the Grand Budapest Hotel are just as efficiently absurd.

Wes Anderson's soft spot? He really does honor pure and true male-female love in his films--at the core of everything--and treats it with great tenderness. Oh, and poetry. Poetry is very worthwhile. People bust out in beautiful recitations, only to be cut short by some immediate, life-threatening exigency.

Monsieur Gustave is gay, but he seems to swing both ways, so much so that the lobby boy keeps warning him not to flirt with his girlfriend-then-wife. Gustave's good taste serves him well everywhere he goes, even in prison where we witness a delightful sequence of him going from cell to cell to serve prison slop as if it were caviar. He gains and commands respect with his "civilized" ways, attentiveness to hotel patrons and details, and his deploring of "barbarity," but a good prison scrap is not below him either, in order to protect himself.

Monsieur Gustave's job is spoken of as a "vocation," but in the end, whom is he "helping," but "rich, blonde, vain, insecure, needy old people," "like himself" (the movie even states as much).

I have to say that, as much as I wanted to and tried, I did not "enjoy" this movie. It wasn't tedious, it was just so incredibly unreal (think "The Perils of Pauline") that there was nothing, nothing to sink one's teeth into: much like the Dr. Seuss-like pastry confections served at the GBH.

I didn't feel so much like I wasted my money (artists are worth their due) on this film as my time (which is way more precious than money). I'm basically trying to erase it from my head because I keep racing around the story over and over in my mind, and I really can't find much of lasting value in it. Sadly. But maybe I'm treating a Keystone Cops comedy like a Tolstoy tale? Ugh. I guess I just always want a takeaway and there is none. Silly, frilly, frivolous froth.


I also didn't do my homework in the raunch department--I was in a massive hurry to review this film on time--or I would have skipped GBH all together. As I watch its various trailers on YouTube, some of the worst stuff is there (but I also watch never watch full screen, so I still might have missed stuff).

--I applaud the inclusion of the knitting nun and helpful monks. Anderson matter-of-factly weaves in religion as a part of everyday life as it was in those days.

--Cannot Ed Norton do an accent?

--Tony Revolori, who plays the lobby boy, is unflinchingly magnificent. Terrifyingly--for those of us born earlier in the 20th century--this kid was born in 1996.

--I actually expected the concierge-to-beat-all-concierges to be a bit more noble. Not so cavalier, foul-mouthed and fatalistic. But he truly knows and loves propriety, elegance, beauty and the "finer things in life."

--A bit of a screwball comedy, but the pace is moderate enough.

--The scattered violence is insensitive and gory.

--F. Murray Abraham's character declares that the grandeur of the old hotel was "too decadent for today's tastes." I beg to differ. Victorian sensibilities embraced a rich, humanistic ideal and design--starkly contrasted in the film with the 1968 uglification of squat vinyl chairs, barren wood paneling and bleak, unadorned spaces where everyone is silent and isolated (compared to the ebullient bustle and chatter of yesteryear). But perhaps the emptiness of the sham is just made manifest in latter years?

--The secret society of concierges made me wonder: What is MY tribe? Who has MY back? It's the 'vent! (as one of our postulants calls the convent). The worldwide Sisterhood.