The new film, "Bitter Harvest," is a long overdue depiction of the "Holodomor"--the starvation of 7-10 million Ukrainians (1932-1933) at the order of the communist Soviet Union's Jozef Stalin. Does it succeed as a film? Not exactly, but it should still be viewed in order to raise awareness and get a quick history lesson (so many films today neatly serve this vital purpose). Why did Stalin do this? Ukrainian opposition to Soviet confiscation of their lands, and other harsh, imposed policies. And even more astonishingly: HOW did Stalin do this? He closed the borders (so there was no escape nor news of the horror abroad) and sent henchmen to wrest every last grain of wheat, every last bit of food from the populace.

Before the Nazi Holocaust, there was the Holodomor. Mass-scale slaughter is the fruit of atheistic, anti-human ideologies that see persons as disposable "problems"--standing in the way of "progress."

The film begins by showing us the pre-Soviet Ukraine ("breadbasket of Russia") dreaming of freedom from the long reach of the Russian czar, but living the peasant life of hard work and simple pleasures. Family life is strong, farm workers pause to pray in the fields. There is quick exposition and the story really moves along (it could actually have taken more time here to invest us in the characters). Actually, some of the action is happening so fast (with all the "beats" of the film of equal length) that "Bitter Harvest" could be called the pejorative "episodic." Yuri (Max Irons)--the grandson of a famous Ukrainian warrior--falls in love with a girl of his age when he's still a young boy, and we follow him and his lady love, Natalka (Samantha Barks, who was Eponine in "Les Miserables"), for the rest of the film. Happy times are not to last in the Ukrainian countryside. The Bolshevik Revolution is headed straight for them.

Yuri was raised to be fiercely patriotic and is told: "No one can ever break your spirit or take away your freedom."  Yuri develops into an artist, marries Natalka and goes to Kiev, even as the Russian noose is tightening around his peoples' neck, including his own family's. Natalka does not go to Kiev, but stays behind to care for their parents and help on the farm. (Stalin's predecessor, Lenin, dies, and Stalin calls him "soft." Stalin will now show no mercy, and he will use the Communist propaganda machine to cover up his hideous plans. Deportations to Siberia begin. "Push them, crush them.")
There are a few scenes that give us an idea of the heroism and suffering endured. The Soviets begin collecting valuables (and eradicating religion). A Ukrainian priest hides gold icons. The Soviet operative demands he hand them over: "There is not God, evil, sin or hell." The priest answers: "Hell is the inability to love," for which he is slain.

Yuri's young artist friend, who also went to Kiev, believes in Communist ideals and believes they will be good for the Ukraine and make it a great nation--until he realizes that controlling, enslaving, murderous ways are part and parcel of the system. Suddenly, artists may no longer express themselves freely. They must create highly-stylized, conformist, promotional, Soviet-art posters. Yuri's friend kills himself and Yuri winds up in prison where firing squads are a daily event. Our film finally slows down a bit as Yuri manages to escape and head back to his wife and family in the country. The rest of the film is a long trek to this effect, wherein Yuri encounters homeless and starving people (who don't really look in too bad a shape), and there are minor uprisings. The rest of the film really drags as Yuri reunites with Natalka and they try to escape the Ukraine.

The cataclysmic, intentional, sinister, raw, mind-boggling evil and the staggering proportions of the Holodomor are not captured in "Bitter Harvest." I kept waiting for it, but that movie is still to be made. The filmmakers had to make the story personal (the story of Yuri and Natalka), but what transpires is highly improbable--or, perhaps, portrayed improbably. Perhaps an engaging "based on a true story" will emerge from this piece of history, and that will become a great film. Toward the end of this film (the entire drawn out escape sequence) the soundtrack becomes an awful, generically heroic, churning, grinding loop that really grates on the nerves.

The Ukraine's struggle never really ended, even after the dissolution of the former U.S.S.R. Through the years, my Ukrainian friends told me that KGB-types continued to hunt down and assassinate those who were Soviet-resisters. Some of my friends won't even use their actual surnames.
Mandatory follow-up viewing: "Winter on Fire: Ukraine's Fight for Freedom" (2015) http://www.imdb.com/title/tt4908644/videoplayer/vi3224023833?ref_=tt_ov_vi , Oscar-nominated for Best Documentary. 6,000 Ukrainians have already died in the Euromaidan-protests-that-became-a-battle-that-has-now-expanded-to-include-the-conflict-over-the-annexation-of-Crimea-by-Russia/pro-Russian separatists.
This lovely and winning sentiment bookends the movie:

"Before I grew up
and realized that dragons were real
and evil roamed the world,
I fell in love."

--Thankfully, word did eventually get out about the false, manufactured "famine," as well as photographs.

--"Holodomor" literally means: death by starvation. The full horror of what transpired was only revealed after the Soviet Union fell, circa 1991.

--In 2003, Russia signed a U.N. Declaration admitting to the Holodomor.

--I'm wondering if--even when the word got out (see news item below)--the rest of the world at the time just didn't believe such a feat/catastrophe was possible. Compounded by denial on the part of the U.S.S.R., perhaps the Holodomor was just dismissed from our collective consciousness? 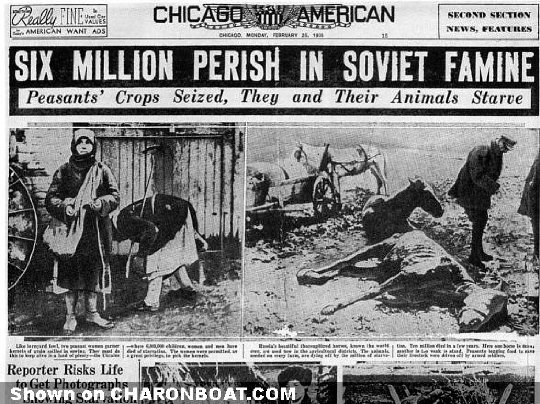 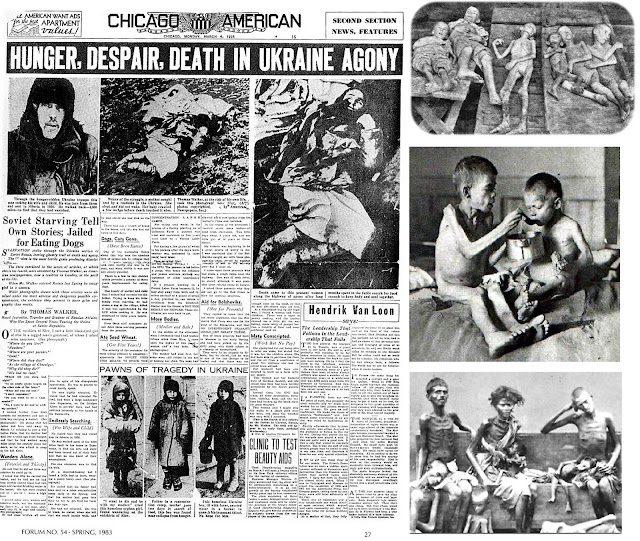 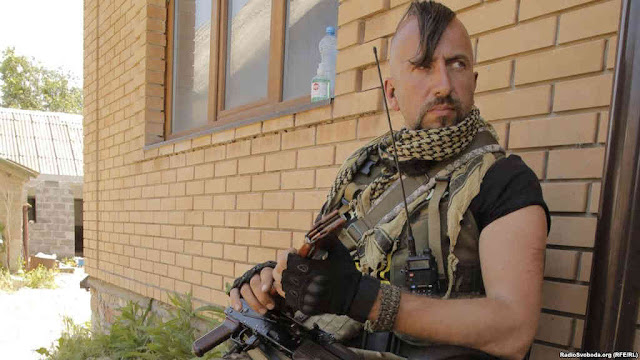 --Wassyl Slipak, a Ukrainian opera singer, a singer with the opera in Paris, died in 2016 fighting for Ukraine.