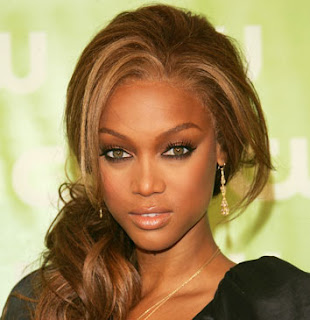 So, I clicked on the Tyra Banks Show to see what topics were being dealt with. Something about PLANNED teenage pregnancies (a la Gloucester, Massachusetts). One teenage girl in the panel planned to get pregnant by her boyfriend (without telling him)--by using NFP. When she was six months pregnant, she told him, and he was irate. (Her whole plan--as old as the hills--was that he would stick around forever.) He did not. (Why does this young woman need a forever boyfriend at age 16? Did she want to marry him? Does she truly want to be a mother right now or was the baby just a tool of entrapment? Can we see why teen sex is a bad idea? Our brains aren't fully formed till their early 20's--especially the decision-making/consequence part of the brain. There's science to prove this. So why, then, are we fertile in our teens? Perhaps God is trying to tell us that we SHOULD be more or less rapidly moving toward maturity in our teens, instead of prolonging adolescence through our late 20's. How many of our grandparents were married and beginning families in their teens?)
In the audience was the young woman's mother holding Nate, the teen's extremely adorable, extremely bald baby boy. Tyra began interrogating the mother who looked, talked, and dressed very sensibly (that is, "older" than her daughter). Tyra wanted to know if Mom approved of her daughter's actions. Mom said: "I didn't know she was having sex. When I found out she was pregnant, I was very upset." Then Tyra got exasperated. She said: "You know, everyone is horrified when a teen gets pregnant, but then when the baby is born, it's all, like, 'Awwwww, isn't the baby cute?.....'" Tyra was upset by this "conflict." (At least she could see the conflict here, and it actually bothered her that something wasn't making sense. For soft relativists, certain things ARE taboo--for the moment, anyway. The most obvious option, abortion, was never mentioned either because the producers think it's too ugly for a such a pretty show and everyone was clued in not to talk about it, or Tyra herself might be anti-abortion.) Tyra posed the question--aren't we sending the wrong message? Once the baby's born, it's OK. Does that mean teen girls should go on having MORE babies?
No mention of HOW babies come to be, because teen sex, of course, is totally legit. Tyra and Mom were talking about the teenager like she wasn't sitting right there (maybe this is part of this teen's problem?) Mom said she didn't want to "kick her daughter out of the house," (couldn't Mom think of any other alternatives?) but she laid down an ultimatum: If her daughter continues having sex, she'll kick her out of the house (it wasn't clear if Nate would land on his diapers on the sidewalk also).
Tyra: "Well, that's very unrealistic, isn't it?" (Heaven forbid! Once we start doing something, we can't possibly STOP, now can we? And we can't possibly tell teens NOT to have sex, even after they have a baby they're not going to raise themselves. We can't possibly say "no" to any one about anything, can we? Because we have absolute freedom, right? Teens will be animals, won't they? I mean, that's what all the teen flicks show us, right? I remember one teenage girl in a newspaper article saying: "Will adults please stop treating us like we have no self control? We're teenagers, not animals.")
BUT the teen (a very sweet, almost shy-looking girl) is continuing to have sex. Tyra: "So, now what?" Mom: "Well, I bent the rules to: 'If you get PREGNANT again, you're out of the house.'"

Sigh. Relativism is just so confusing, isn't it? Nothing stays the same, gosh darn it! Just when you lay down a principle, you HAVE to change it!
Posted by Sr. Helena Burns, fsp at 12:40 PM