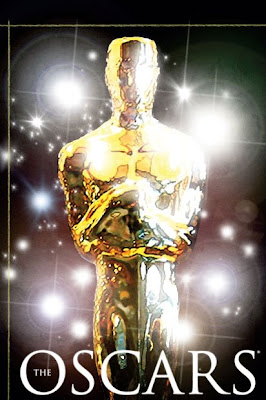 So, who wants to rehash old news? Well, you know how pizza often tastes better the next day…? For those who missed the Oscars OR fell asleep during the Oscars OR didn't watch even half of the Oscar-nominated movies, this retrospective is for you.

Of course you know that "Slumdog Millionaire" swept the Oscars with eight wins. Why? Probably because it's the little movie that could. It might as well be called "Underdog Millionaire." Various winners of the night reiterated: "Anything is possible. Work hard. Don't give up." Perhaps "Slumdog" encapsulates this Hollywood dream. It boasts an unusual story-line (along with being fantastically unbelievable), amazing child actors, and is a feel-good romp with a pounding, dance-friendly, Bollywood-meets-Harlem soundtrack (which won Best Original Score AND Song). Decide for yourself if it should have won eight awards INCLUDING Best Picture. (My pick for best picture: "Benjamin Button"—a beautiful and difficult story to tell, an incredible movie-making feat, pulled off with flying technicolors.)

"Benjamin Button" DID win for Art Direction, Makeup and Visual Effects. These were important categories for it to win because these are what made the movie. It wasn't really an actors' movie. However, it WAS a director's movie, and I think David Fincher should have won.

Best Actor: Sean Penn for "Milk," the story of California's first openly gay elected official. Both Sean Penn and writer Lance Black (who won Best Original Screenplay) took the opportunity to advocate for "gay marriage rights." I actually have no problem with celebrities using their notoriety OR award ceremonies for political activism, but, of course, there is no such thing as "gay marriage," and Penn and Black are only adding to the confusion. The part of Black's tearful speech about the fact that God loves same-sex attracted people (my terminology) and that they deserve to be treated with dignity was truly touching, and I couldn't agree more. The "curious case" here is that if Hollywood espouses a cause, celebrities may blather all they want about it. But do you remember the flak (and subsequent blacklisting) Tim Robbins and Susan Sarandon got over simply mentioning their opposition to the second Iraq War? For all their hatred of censorship, Hollywood demands that its stars espouse the "right" causes only.

Best Actress: Uber-talented Kate Winslet for "The Reader," nominated six times with no previous wins. This Oscar felt misplaced (like Denzel Washington winning for "Training Day" when he should have won for "Malcolm X," or Sean Penn winning for "Milk," when he should have won for "Dead Man Walking"), especially with the other incredible female performances "The Reader" was up against here.

Best Actor/Best Actress: Two longtime character actors were nominated: Richard Jenkins for "The Visitor," and Melissa Leo for "Frozen River." Although they didn't win, this was a wonderful nod in the direction of hard-working thespians who are the glue in many of our favorite movies!

Best Supporting Actor: Heath Ledger. This award was well deserved, and not just because Heath died. Heath totally appropriated his character of the Joker in "Dark Knight" and stole the entire movie.

Best Documentary: A delightful moment here that will go down in Oscar history. "Man on Wire" won. The French tightrope walker who strung a wire between the Twin Towers in the 70's and did his thing (illegally) was present to accept the Oscar which he promptly balanced on his chin.

Adapted Screenplay: "Slumdog" again. However, "Doubt," adapted from stage to screen was quite masterful. It's unfortunate that "Doubt" didn't win anything. This would have been the best category for a victory.

Oscar Night planners promised a new look and a new way of presenting. Host Hugh Jackman (a hoofer and singer!) wowed us with interspersed Broadway-style numbers, turning the Academy Awards into a true show. The stage was revamped and much closer to the audience. However, no clips of nominated movies were shown which was a disappointment. A cadre of former winners (Hollywood greats) addressed each nominated actor/actress personally (tres exciting!)