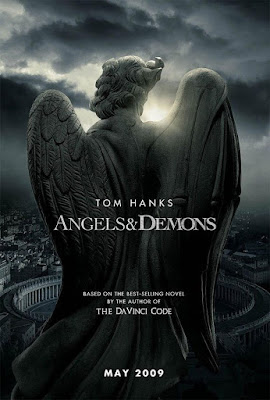 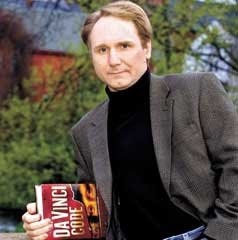 Why do I say that Hollywood (Howard/Hanks) has inexplicably aided DB? Doesn't money explain all things? No. There are standards in Hollywood. If something exists in reality, like say, oh, the Catholic Church, or a certain landmark, or period in history, or discovery of science, one must present it as accurately as possible. It's called "verisimilitude." So, if you show an airplane pilot in a cockpit in a movie, you must take the time to learn the real names of the controls, the jargon pilots use, etc., so that 1) you introduce the audience to this world into which they would otherwise not gain access 2) the audience will have a simulated experience of this world 3) the audience will come along with you for the ride because they can trust your basic foundation for the story 4) experts in the field (pilots) will be able to say: "they got it right." Fiction/fantasy employs some semblance of reality from which the imagination then jumps off ("what if"?). Otherwise, we have entered the world of the hubristic babblings of someone too lazy to do their homework at best, or the world of the malicious, insane or absurd at worst. One is allowed one or two "cheats" per film—impossibilities that everyone knows (or could easily discover) are impossible. But Hollywood has bent all the rules for Dan Brown. Dan Brown's (only?) genius is that he has delved into the arcane world of Church history and spouts off supposed factoids that—quite frankly—your best-educated priests, Catholics, theologians WOULD have to look up to ascertain their veracity. Or not.

I must stop and give credit where credit is due. This "Dan Brown" genre of public discourse (of whatever medium) already has a name (coined by the razor-sharp wit of Stephen Colbert): "truthiness." Colbert often used the term with regard to President Bush, but it applies to so much more in our culture. Permit me to explain what this word and this very "climate" are all about. I have ripped the following references from the "truthiness" entry in Wikipedia. 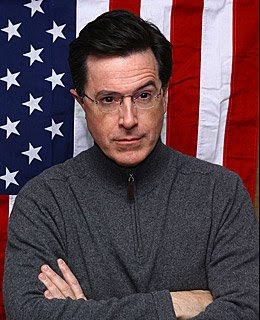 "Truthiness is a term first used in its recent satirical sense by American television comedian Stephen Colbert in 2005, to describe things that a person claims to know intuitively or 'from the gut' without regard to evidence, logic, intellectual examination, or facts."

"We're not talking about truth, we're talking about something that seems like truth – the truth we want to exist." –Stephen Colbert

"Now I'm sure some of the 'word police,' the 'wordinistas' over at Webster's are gonna say, 'hey, that's not a word'. Well, anybody who knows me knows I'm no fan of dictionaries or reference books. They're elitist. Constantly telling us what is or isn't true. Or what did or didn't happen. Who's Britannica to tell me that the Panama Canal was finished in 1914? If I want to say it happened in 1941 then that's my right." –Stephen Colbert in jest

"Truthiness is tearing apart our country, and I don't mean the argument over who came up with the word…. It used to be, everyone was entitled to their own opinion, but not their own facts. But that's not the case anymore. Facts matter not at all. Perception is everything. It's certainty."—Stephen Colbert

Why am I not giving you any examples or referring to the plot of "Angels and Demons" at all in this review? Because the examples of "truthiness" in "A & D" are simply legion (in the book and the film, just as they were for "Da Vinci Code"). For a brief attempt at cataloging errors, check out Steven Greydanus' article in "The Catholic World Report," May 2009, "The Hollywood Illuminati." What I'm really waiting for (someone else to do) is a "pop-up" version of both movies with footnotes/corrections. For "DVC" corrections, check out Amy Welborn's excellent (and not too large) books: "De-Coding Da Vinci," and "De-Coding Mary Magdalene." I'm afraid that, even though we don't talk about "DVC" any more (we all got "DVC"-ed out), it has taken its toll and planted a deep-seated skepticism about Jesus, the Gospel, women and the Church in many people. (Just one quick note: The Blessed Virgin Mary has NO place in DB's history of the world. And women are simply objects through which MEN get in contact with the divine. The feminists of the 70's, to their credit, would never have swallowed these things down as 21st century women have done.)

Are we wasting our time "answering" Dan Brown? Are we behaving like Dan Quayle carrying on a dialogue with the fictional Murphy Brown? No, because DB claims his research on the "things which actually exist in real life" is factual. When someone claims to be saying true things about you and they're not, it's called slander. We are simply correcting gross inaccuracies and slander. For the record. For those who "prefer" facts to fiction.

What is "A & D" all about? A conclave, a conspiracy, and the red herring of The Church vs. Science. One can't help note a sense of creepy glee ("in the hatred of the faith") as we witness the graphic, brutal torture of four elderly Cardinals. (Let's hope this isn't prescient!) At least the Cardinals can't be hated for being white any more. Just old and male and celibate. The screenplay (which is kinder to the Catholic Church than the book) zigzags rapidly between insulting the Church and patting her on the head. By the way, the Church's enemy is not Science (they're BFFs!). It's Evil. Check out JP2G's "Fides et Ratio" ("Faith and Reason") document at http://www.vatican.va/ . Check out the Vatican's world-wide Science/Theology/Philosophy project: http://www.stoqinternational.org/ .

There are two BDDBNTOBOW moments: "Boy, Does Dan Brown Need Theology Of the Body Or What?" One in the beginning of the film when Professor Langdon walks by a bunch of naked male statues with fig leafs on. He declares in a loud voice: Pope Pius IX hacked off the genitals and the fig leafs were put on later. (Is that true? I have no idea, and I'm not spending one extra second on this review to find out.) The second BDDBNTOBOW moment is when one of the clues turns out to be Bernini's sculpture of St. Teresa of Avila in ecstasy. The face of this statue is often compared to the likeness of sexual ecstasy. The clue is "woman on fire." "DVC" was much more concerned with sexuality, but poor DB seems to be dancing all around Theology of the Body and missing it (much like the clues in his novels that are often in broad daylight). It's a new day, Dan! Wake up and smell the TOB! Perhaps a little "anti-matter" is needed here, so that Dan Brown will be "consumed with light!"

The only off-the-wall "A & D" lunacy I will concern myself with here is a scientific one. We'll all blow up if the real-life "God particle" super-collider succeeds. It won't be the Big Bang, it will be the Big Buh-Bye. We won't be talking about what a wonderful experiment that was, "proof for the existence of a divine power." (We can't prove God exists anyway.) Regarding "A & D," this time it's the scientists who should be up in arms (even though CERN—the European Organization for Nuclear Research—consulted on the project).

Sure, go see "A & D" if you wish. But leave your brains at the door. Over each "A & D" cinema should read: "Abandon ALL rationality, ye who enter here."

OTHER HIGHLIGHTS AND LOWLIGHTS:

--Ewan McGregor does a good acting job, but unfortunately his character is made to be so angelic that it gives the plot away from the get-go. McGregor looks like he knows this is a bad script/story and is in "let's just get this over with" mode.

--Ayelet Zurer, who plays a scientist joining Robert Langdon in his sleuthing and who is one of Israel's most acclaimed actresses, is superb. She somehow manages to give the role (and the film) gravitas, without taking the overall story TOO seriously.

--The exposition is just a chore. Like "DVC," lots of standing around blah, blah, blah-ing, episodic giving of clue after clue, explaining meaning after meaning, then rushing off to the Next Big Clue like a scavenger hunt. Except that you paid $10 to watch this.

--Nothing follows any logic. Not even the simplest of conversations. Example: Langdon is asked if he BELIEVES in God and answers that he doesn't UNDERSTAND God and the conversation goes on without anyone saying: that's not what was asked. I don't want to speak for Fr. Robert Barron, but I was sitting next to him in the theater, and at every illogicism, he would mutter: "Oh brother."

--In case you had any suspicions, "A & D" will confirm for you that Professor Robert Langdon is, indeed, Dan Brown's alter ego. One reason is that, although "A & D," the book, was written BEFORE "DVC," the "A & D" screenplay is written as a SEQUEL to "DVC." So in other words, "DVC" is triumphantly referenced in "A & D," the movie, and how it "did not endear Langdon to the Vatican." Robert Langdon is summoned by the Vatican who now needs his help! But this Catholic Church, remember, has already been completely undermined as a fraud! And the Vatican thanks him for his services at the end!

--I find Church protocol, bureaucracy and intrigue boring ("The Third Miracle," "The Cardinal"). Anyone else?

--There are all kinds of Obvious Proclamations: "He has a gun!" "St. Peter was the first pope!" [Although it was supposed to Mary Magdalene, right? ha ha] "The Vatican City-State is a separate country from Italy!" "It's a pentagram!" "What are you doing?!"

--The villain responsible for a huge body count, who shoots with impunity anyone who even sort of gets in his way, meets up with our hero and heroine who are out to bring him down, and just lets them live. Okee dokee!

--The music is very exciting and will artificially prolong your interest in the film long after your brain has atrophied and your "give a darn" has busted.