MOVIES: “THE STONING OF SORAYA M” 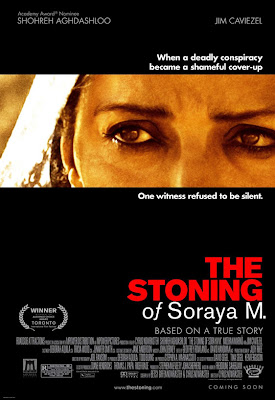 "The Stoning of Soraya M" is a disturbing, devastating, yet triumphant film. The truth got out. The book was written, and now the film was made.

Soraya M. was a real woman, living in Ayatollah Khomeini's Iran. Her husband, Ali (Navid Negahban), wanted to marry another woman, had Soraya falsely accused of adultery and stoned to death. "Stoned to death," should give you the shivers. It's a hideous way to die, buried in the ground up to your waist, and then stoned to death. You can't move, you're facing your executors. You don't go right away. There's lots of blood. People left my screening theater saying: "It's like 'The Passion of the Christ.'" Indeed, some of the same filmmakers who made "The Passion" worked on "The Stoning": producer Stephen McEveety and composer John Debney. The stoning is like an agonizing "ballet." Soraya (Mozhan Marno) is in the prime of life. Soraya's doleful eyes, long brown-red ringlet hair and white bridal-like dress become matted with more and more innocent blood. We endure her passion with her. The stoning never really becomes a blood sport. That would have been easy. It gets off to a halting start, there are pauses, Soraya is still very much alive. You just won't be able to watch at a certain point. (Rated R.)

The actual stoning is at the end of the film—not sensational, but prolonged. That is, personal. At one point, it's the camera that's being stoned, so you can almost feel the rocks hail down on you. We've gotten to know Soraya by then. She is a kind woman, a good mother and as good a wife as she can be to an abusive, philandering husband. Her crime? She won't go along with the divorce because she and her children would starve. It's easy to push those who die in violent, heinous, unjust ways into some fateful, unreal realm. But we are forced to watch this travesty unfold increment by increment, compromise by compromise, intimidation by intimidation. We feel how completely trapped she is. We are forced to admit that this is a real person, as real as us. Particularly as a woman, I think: that could be me, if I was born in the wrong place at the wrong time.

"Stoning" is not all that foreign to Jews and Christians. We've heard of these things in our Bibles (including the New Testament: think Jesus and the woman caught in adultery, the stoning of Stephen). It seems that Moses allowed divorce because the only way out of a marriage for a man was the death of his wife. And it seems there were a lot of untimely deaths of wives. Jesus said that "Moses allowed divorce because of the hardness of your hearts. But it was not that way in the beginning." What happened to Adam's cry: "At last! This is bone of my bone, flesh of my flesh!"??

The story/action is riveting and never lets up. There's a slightly anti-climactic period when Soraya awaits the town council's decision. She doesn't seem quite scared enough. But it's a minor flaw.

This was a story that had to be told in the name of everything decent under heaven. Soraya's aunt, Zarah, (Shohreh Aghdashloo) describes the event to an Iranian journalist (Jim Caviezel) passing through the town right after the stoning. The real-life journalist, Freidoune Sahebjam, died in 2008, and didn't get to see the film released. If you saw "Persepolis," and was as extremely disappointed as I was (a young Iranian girl is irked by the Iranian Revolution mostly because she can't be as dissolute and aimless as the West), "Stoning" tells another, much more serious story of the Revolution.

The everyday religiousness of the people is well-woven into the story. God is a part of everything. There are simply good religious people and bad religious people (because everybody's religious!), true religion and false religion. Soraya's aunt demonstrates true (spunky) religion. A simple, good man, Hashem, who ultimately caves and perjures himself against Soraya, sums up the "true religion" worldview: "God is watching." The mayor offers a distorted, "magical" prayer: Stop us, O God, if it isn't Your will. What a horrible, horrible abuse of religion! I won't spoil the movie by telling you the other gross abuses of religion. Interestingly, Soraya herself is probably the least "religious" character. She is just an upright woman. When given her chance to address the villagers, she simply says: "How can you do this to me? You know me. I am your neighbor, wife, mother, daughter."

"Stoning" is THE anti-Theology-of-the-Body movie. Even more so than decadent films. Soraya has almost no rights. She is despised for being a real woman (not a plaything or slave). For being a good woman. The film accentuates what is wrong with the whole backward—yes, backward—system of women being responsible for the honor of men. No. Men are responsible for the honor of women. If virginity and the vows of marriage are so important in these cultures, how can there possibly be a "double standard"? For what else are promiscuous men out doing other than deflowering and disrespecting women? You CAN'T have it both ways. As one woman in the movie says of their men: "They never stick up for us." Women can never win in this system. (The many demeaning attitudes towards and customs regarding women are pointed out—but not overplayed.)

Thank you to everyone (especially the men) who made this film possible. Thank you for caring about this beautiful, ordinary woman and her brave aunt who spoke out for women everywhere. Unfortunately, Soraya's stoning was not an isolated event. It's estimated that 1,000 women in the Middle East and North Africa were put to death by stoning last year. For more information: http://www.thestoning.com/
http://www.stoningparable.com/ 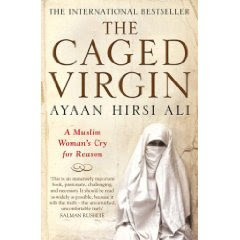 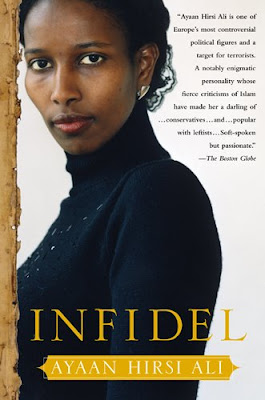 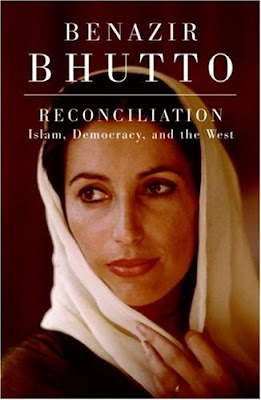 --Will there be an outcry from Iran or the Islamic world regarding this film?

--Did American feminists of the 70's go abroad and help women in other countries in any kind of a big way? See the wonderful, small doc, "Kabul Beauty School," about present-day American women teaching Cosmetology to women in Afghanistan.

--The whole film is in Persian with subtitles, but the dialogue is quick and easy, shot mostly in close up. Non-tedious reading.

--Agisherderloo is a bit theatrical, but I haven't seen her in anything else. However, this lends her character the air of a kind of prophet, because she sees the stoning as a kind of cosmic happening that she's determined to tell the world.

--As in "The Exorcism of Emily Rose," there's the "reality jumping out at you" moment when Zarah says: "The whole world will know what happened here!"

--Why do people insist on eating popcorn at these types of movies?

--Women in audience crying. I wonder what the men were feeling?

--I would have just run and not stopped running out of the town and fought every inch of the way. I would not have gone with Soraya's quiet dignity.

--Many of the actors are Iranian ex-pats.

--Jim Caviezel, once again speaking a foreign language, has a small "bookend" part that he acts very well. If you didn't know who he was, you'd really think he was Iranian.

--The film starts off with a quote from one of my favorite Islamic writers: Hafiz!

--Will this movie (and the activism it inspires) help bring an end to this barbarism? Like the monk responsible for the end of the gladiators, or the (Dialogue of the) Carmelites who were some of the last slaughterees of the Reign of Terror?

--The "See? All religion is violent" crowd may have a field day with this.

Email ThisBlogThis!Share to TwitterShare to FacebookShare to Pinterest
Labels: stoning of soraya m