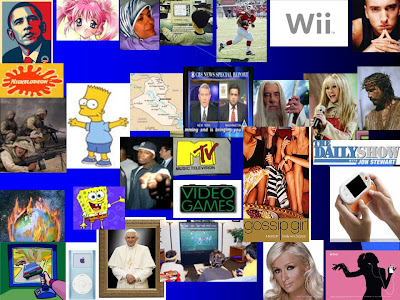 
VATICAN CITY, AUG. 24, 2009 (from Zenit.org) There are three keys to living in a "culture of communication," according to a Vatican official commenting on insights from Benedict XVI's message for World Communications Day.
Archbishop Claudio Celli spoke with L'Osservatore Romano about the need to use digital technology in ways that promote the dignity of the human being.
Technology has "great possibilities and great limits," the prelate affirmed, adding that the Holy Father is not naïve when he gives it a positive evaluation.
"He [the Pope] does not forget the difficulties and problems that these technologies can create," Archbishop Celli said.
The Vatican official went on to give three keys for using technology well:
The first, he said, is maintaining the value of the human person. In this regard, the archbishop recalled, the Pope "says care must be taken when it comes to words and images that are degrading to the human being; what fuels hatred and intolerance must be shut out, as should that which attacks the beauty and intimacy of human sexuality."
A second element to the age of communications, Archbishop Celli suggested, is dialogue between people of various countries, cultures and religions.
This dialogue, he said, "should not conceal who we are because that would not be respectful of the person with whom we are speaking. It must be an attentive and respectful dialogue that sincerely seeks the truth."
Finally, friendship is an element of the communications age, the prelate stated.
"Our friendships grow in our journey as human beings," he said. "We cannot trivialize the concept of friendship because it is one of the greatest riches that the human being can have."
http://www.zenit.org/article-26674?l=english

Sr. Helena's note: Archbishop Foley, the longtime head of the Pontifical Council for Social Communications (as it was called) used to give these three points: human dignity, truth, common good.