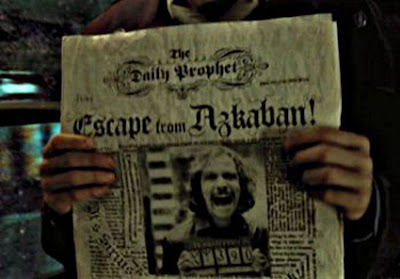 By ANDREW VANACORE, AP Business Writer - Wed Aug 19, 2009 4:17PM EDT http://tech.yahoo.com/news/ap/20090819/ap_on_hi_te/us_tec_techbit_cbs_print_video_ad
NEW YORK - An upcoming issue of Entertainment Weekly's print edition will be embedded with a video player that will run ads for CBS shows and Pepsi.
The ad comes in a heavy-paper package resembling the kind of novelty greeting cards that make noises. A roughly two-inch screen starts playing automatically as the page flips open. A speaker is embedded below it.
CBS Corp. and Time Warner Inc.'s Entertainment Weekly billed the video advertisement as the first ever to appear in a print magazine. CBS says the video player insert, made by a Los Angeles company called Americhip Inc., will be able to withstand the binding processes and mail delivery.
Ink-on-paper titles have been trying new formats to boost advertising revenue. Major newspapers have taken the once-taboo step of offering ads on their front pages, while magazines have tucked ads into cover flaps and even distributed video promotions on DVDs.
CBS won't say how much it is paying for the spread, but the idea behind these new experiments is generally to charge a premium for advertising that has more potential to catch readers' attention.
The video inserts will appear in some copies of the fall TV preview issue mailed to subscribers in New York and Los Angeles.
In the ad, characters from CBS's "The Big Bang Theory" talk up EW and give a how-to on navigating the different buttons that bring up more clips.
A menu of additional spots includes a clip from "Two and Half Men," a sneak peek at the new CBS comedy "Accidentally on Purpose" and a preview of the network's fall drama slate. There's also an ad for the Pepsi Max diet soft drink.