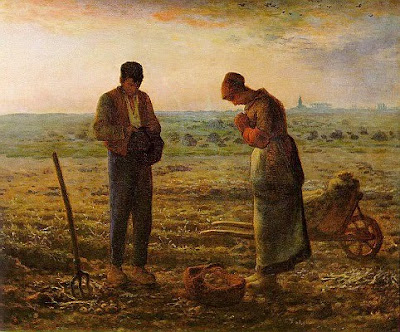 Enthusiasm for cooking shows, "slow food," locally grown food, vegetarianism and organic food is on the rise. But what does it all have to do with our Catholic Faith? Lots! The Judaeo-Christian tradition has always had much to say about "food and faith."

We are privileged to have Christine Gutleben with us from the Humane Society of the United States' "Animals and Religion" program to screen the 26-minute film: "Eating Mercifully." The HSUS promotes more humane farm animal legislation and encourages corporations to adopt higher farm animal welfare standards. We will learn how everyone can make a difference for farm animals by making simple changes that support more humane farming practices. Christine has been interviewed recently on Relevant Radio.
Sr. Helena Burns, fsp, from the Daughters of St. Paul / Pauline Books & Media will give an introduction from the Scriptures and Church teaching regarding our relationship to animals.

"Animals, too, are God's creatures and even if they do not have the same direct relation to God that man has, they are creatures of His will, creatures we must respect as companions in Creation." –Joseph Cardinal Ratzinger "God and the World," Ignatius Press, 2002

Christine Gutleben is Director of the Animals and Religion program of the Humane Society of the United States. She has an M.A. from the Graduate Theological Union in Berkeley, where she studied theology and the interplay between food and faith, and a B.A. in religious studies from UC Davis. She has experience farming in the Central Valley of California, and developed an understanding of the mechanics of sustainable agriculture.

Sr. Helena Burns, fsp, is a member of the Daughters of St. Paul, an international congregation founded to communicate God's Word through the media. She is finishing her M.A. in Media Literacy Education, has a B.A. in theology and philosophy from St. John's University, NYC, and gives workshops on John Paul II's "Theology of the Body." She is the movie reviewer for "The Catholic New World," Chicago's Archdiocesan newspaper. She was going to be an ornithologist (birds) but God had other plans.