for archived video of this class and past classes: 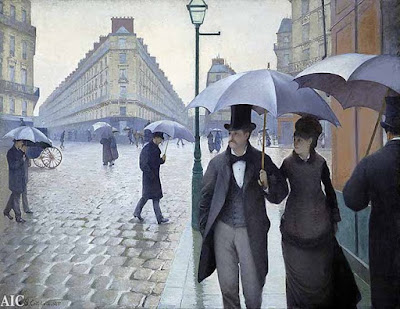 This TOB series is applying TOB to everyday issues. We've covered "gay marriage," healthcare, women and priesthood, etc. We can apply a sacramental/Catholic worldview to everything.

Since the 16th century, we have a veil over our eyes and don't see things in a sacramental worldview any more. We see everything ONLY through a scientific-rationalist lens [which is minimalist and impoverishing!] So now we don't have the right view of nature, the human person, reality, anything! We no longer see things as integrated: body and spirit.

It's interesting that atheists and the sexual revolution say the same thing we're saying: "I AM my body." But they stop there. We would continue and say "I AM my body AND my soul. Together." My body delivers my WHOLE person.

We have taken love/sexuality/body out of the heart of the Trinity and divorced it from any context, and so we can do whatever we want with it: redefine, use, abuse, etc. AND we've left a gaping hole in the Trinity so our view of God is incomplete, and we don't understand how these two "things" could possibly go together. Sex is dirty and God is holy, right?

Passage from "Book of Tobit" in the Bible—Sarah and Tobias' wedding night. [You've gotta read this whole book!] Tobias: "You know I don't take this wife of mine for lust." Lust is always bad—it's treating someone as an object for our own self-gratification; it appropriates the object of lust. Desire sees that something/someone is good and wants it, but always with respect, boundaries, treating persons as persons.

Even in the "good old days" (pre-Vatican II) of the Church's past, marriage was sometimes seen as a just a place to legitimize your lust*, unbridled concupiscence [especially on the part of the man]. This attitude caused true abuse of wives and thus even pushed women toward contraception!

*This was never part of Church teaching, but rather an attitude and practice.

There were some good things about the approach of the pre-Vatican II Church to sex and even the sexual revolution got some things right (emphasis on the person, the personal, mutuality).

It's all about INTEGRATION.

[We can just vaguely talk about God's love, but how does God love?] Spousally!!!! God loves us freely, fully, faithfully and fruitfully.

God recreated the human race in Jesus and Mary, mystically. Fulton Sheen: "How did old humanity begin? Nuptials. How did the new humanity begin? Nuptials. Jesus, the new Adam, looked down from the Cross at the new Eve. The Church was born from His side. The blood and water from Jesus' side was the seminal fluid of the new Church." "Marriage bed of the cross was one of pain, not pleasure."

When did Jesus call Mary "woman"? At WEDDING of Cana and on the CROSS. (Two weddings.)

Mary and Joseph were living the heavenly marriage on earth. It was a virginal marriage. [Virginal means totally God's, body and soul. Marriage means total union, body and soul. We will be able to do both in heaven, but not on earth!]

The imagery of the Passion is Christ the Bridegroom, stripped, crowned, hands bound. We tend to look at it very literally: he was being tortured. But what was it mystically? In Eastern Church, Holy Week is "week of the Bridegroom."

"Christ emerges from the tomb like a bridegroom coming from the bridal chamber and fills the women with joy." –Eastern Easter Sunday liturgy, written by saints.

[Everything is not the same. That's why we need to integrate it.]

Church architecture is patterned after the Jewish temple. The Eastern Church has retained this. [And didn't God give the directions for the Temple?] [Fr. Loya describes the interior of the Eastern churches.]

The priest only went into the holy of holies for the loftiest of reasons.

Liturgy is about "something" on high coming down to us.

The priest faces East [all churches were built facing the East, but now Latin Rite doesn't do it any more] and only turn to the people for the Word, the Eucharist and the Blessing. These 3 things are the acts of insemination: planting something in the Bride.

The very architecture, rhythm of the liturgy matches REALITY, bodily and mystically.

Father Loya highly recommends book "Spirit of Liturgy" by Cardinal Ratzinger, p. 78 & 79: "The idea of priest facing the people is a misunderstanding of the Roman basilica, the Last Supper. In antiquity, the presider never faced the people. The table was horse-shoe shaped. The way we are doing liturgy now is over-emphasizing the role of the priest and lessening the role of God." Ratzinger: liturgy becomes a "self-enclosed circle." The circle model is more feminine. The male role drops out and we LOSE THE SPOUSAL MEANING / REALITY / ACTION. [By overemphasizing the male role, everything else gets out of whack, the feminine pushes back, perhaps even takes over, and then there is a power struggle.]

[We see things literally, one-dimensionally and so we lose the mystical reality. And "mystical" means "the MOST real."]

If liturgy goes well, everything proceeds forth from that. Liturgy informs life.

Posture/gesture/sound, everything in liturgy is meant to get us to participate in the spousal reality.

[We can't be "all one" in the sense of a radical egalitarianism because we're NOT all the same and we know that instinctively and so we struggle to be distinct when that distinctiveness is obliterated.]

#1617—CCC—Everything is about the nuptial mystery!

Everything IS "sexual" in the sense of the Spousal Mystery.

Evdokimov—good Russian theologian to read (book on womanhood, book on love) but he does go off on contraception (won't say it's ALWAYS instrinsically evil)

Gender is theology, theology is gender. Gender is everything. "Male and female he created them." The order of creation is clearly gendered. Are their all kinds of gender confusions and disorders? Yes! But there are all kinds of other disorders in creation as well.

You can't change the divine order, you can only pretend!

The husband must love the bride, not understand her.

Email ThisBlogThis!Share to TwitterShare to FacebookShare to Pinterest
Labels: theology of the body