'Tis the season to be jolly, light the Advent wreath (I mean the CANDLES on the wreath), open the little doors on the Advent calendar, sing the "O" Antiphons, send out Christmas cards and newsletters, pray the Christmas novena, donate to the Salvation Army, bake Christmas cookies, re-gift fruitcake AND watch your favorite Christmas movies! Here are the results of an informal poll (thanks to Facebook, Twitter and random conversations) of folks' (young and old) favorite Christmas flicks. (All the movies mentioned in this article are available on DVD.)

First things first: People of a "certain age," (myself included) made sure to mention "those 70's TV specials" that were de rigueur viewing even in homes (like mine) where TV viewing was at a minimum. 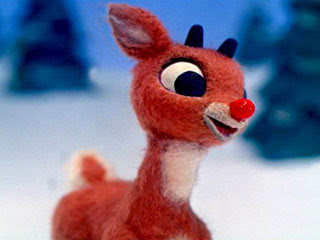 --"Rudolph the Red-Nosed Reindeer"*—The granddaddy of all stop motion movies! First aired in 1964, it has been telecast every year since, making it the longest running Christmas TV special. "Rudolph" gave us the Burl Ives snowman and the abominable snow monster.
--"A Charlie Brown Christmas"*—animation, 1965, has aired more times on CBS than "The Wizard of Oz." Charles Schultz, creator of "The Peanuts," fought to have Linus' recitation of the Gospel of Luke 2:8-14 included. And is it really Christmas until we've heard that jazz soundtrack?
--"How the Grinch Stole Christmas"*—animation, 1966. Probably Dr. Seuss' most wickedly funny and poignant work. The theme song, "You're a Mean One, Mr. Grinch," can't be beat.
--"Little Drummer Boy"*—stop motion, 1968
--"Frosty the Snowman"—animation, 1969. Like other Christmas TV specials, it's based on a song.
--"Santa Claus is Coming to Town"*—stop motion, 1970
--"The Year without a Santa Claus"—stop motion, 1974. Suddenly, a new Christmas TV special appeared (before a continuing avalanche of them). It wasn't as good as the other specials, but we loved the songs "Heat Miser" and "Snow Miser." People of a certain age can still sing them on command. 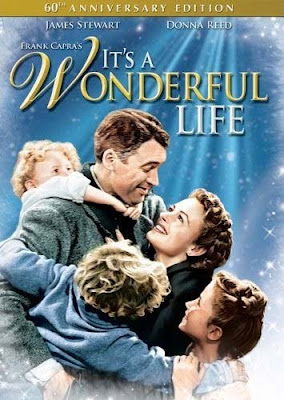 What was THE most beloved movie? Frank Capra's "It's a Wonderful Life,"* hands down, by a wide margin.

--"A Muppet Christmas Carol"*—Jim Henson and Co. did Dickens proud. This is a masterpiece in felt (with two live actors, Michael Cane and his ex-fiancee). It's also a musical comedy. When Mr. Scrooge walks through the town square, everyone gets into the act singing about their distaste for the tightwad—even a wagon full of vegetables. Bob Cratchit's wife (the fashionable Miss Piggy) lists among Scrooge's faults "badly dressed." But I dare you not to sob when Tiny Tim (Kermit Jr.) sings and (century-old SPOILER ALERT!) dies.

Tied for third place were no less than six movies:

--"White Christmas"--1954 (Bing Crosby and Danny Kaye) I have a huge problem with this movie because they didn't let Danny Kaye be Danny Kaye. That is, funny.
--"Miracle on 34th Street"--(the old and new versions) 1937 and 1994
--"A Christmas Story"—1983, you know, with the high-heeled woman's leg lamp and "you'll shoot your eye out" BB gun. Guys in particular seem to favor this movie. 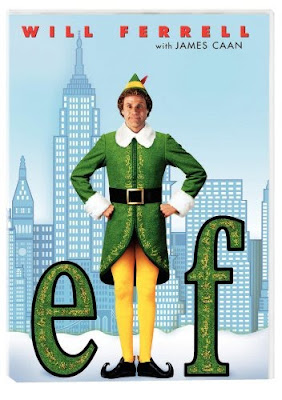 --"Elf"*—2003 (Will Ferrell) I thought all the Christmas classics had been made until this one. What IF we took Christmas seriously (like elves and kids do) and lived every day like it was Christmas? If you don't already, you'll have a "favorite part" every five minutes. Totally quotable. "The sea of swirly twirly gum drops…." "SANTA!!! I know him!!!!!" "There's room for everyone on the nice list." A few nods to "Rudolph" TV special in it.
--"Home Alone"—(1 & 2) 1990 and 1992. Because it happens at Christmas, many consider it a Christmas movie. If you check out this Christmas Movie website, that's considered fair game to be called a Christmas movie! http://www.http//tinyurl.com/ygludbg
--"A Christmas Carol"*—Dickens ("the older ones")

Other favorites (in descending order of popularity):

--"The Christmas Shoes"—2002. Based on a book and song of the same title. This tearjerker is about a boy who tries to buy a pair of Christmas shoes for his dying mother to "meet Jesus" in. A sequel has been made called "The Christmas Blessing," about when the little boy grows up.
--"Polar Express"—computer animation, 2004. This movie totally depressed me, especially the sea of little red-coated elves that looked like devils in the ninth circle of hell. I also know that this movie was made primarily in order to try out new technology. However, I have met someone who had a truly spiritual experience watching this movie, so, God can work through anything and "to each his own"!
--"The Nativity Story"—2006. A plain and simple narrative of what it might have all "looked like." The end becomes a bit more "Hollywood." St. Joseph steals the movie, but he didn't need to, because now he has his own movie! "Joseph of Nazareth" 2009.
--"Holiday Inn"—1944 (Bing Crosby)
--"Best Christmas Pageant Ever"*—1983 (Loretta Swit) From the 1972 book "The Worst Kids in the World." A bunch of scruffy kids find their way into a school play and everyone learns the true meaning of Christmas.
--"Fourth Wiseman"*—1985 (Martin Sheen) Paulist Productions—based on the short story, "The Other Wise Man," by Henry van Dyke. The Bible doesn't say there were three wise man. Only that there were three gifts. And where the purported bones of the Magi are preserved (Cathedral of Cologne, Germany) there are four skulls. Hmm….
--"The Juggler of Notre Dame"*—1984, Paulist Productions—based on a French legend of the 12th century. Simple and beautiful.
--"It Came Upon the Midnight Clear"—1984 (Mickey Rooney)—A California cop takes his grandson to New York City to see a white Christmas.
--"Bells of St. Marys"—1945 (Bing Crosby as a priest, Ingrid Bergman as a nun)
--"Miracle of the Bells"—1948 (Fred McMurray)
--"The House without a Christmas Tree"—1972—(Jason Robards)—A little girl living in Nebraska in 1946 wants nothing more than a Christmas tree.
--"A Child's Christmas in Wales"*—1987 (based on Dylan Thomas' recollections) Do you get all old-fashioned at Christmas time? This one's for you. Delightful.

Others movies, mentioned once:

Christmas movies that didn't get any love (weren't mentioned at all):

--"How the Grinch Stole Christmas"—live action, Jim Carrey
--"Christmas Vacation"—Chevy Chase (although I didn't ask my brother and he definitely would have mentioned )
--"The Nightmare Before Christmas"—Tim Burton
--"Jingle All the Way"—the Governator 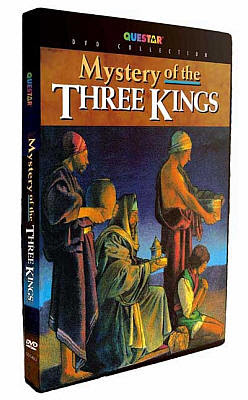 --"Mystery of the Three Kings"* 2002, American PBS/Questar—we know a lot more than you might think about the Magi and the star (astronomers weigh in)! There is also a new documentary called "Star of Bethlehem," produced by Steve McAveety, but its information conflicts with this documentary. There also seems to be an attempt in "Star" to use the Scriptures as a science textbook, so I recommend "Mystery of the Three Kings."
--"One Magic Christmas"*—1985, (Mary Steenburgen, Harry Dean Stanton) A down-on-their-luck little family has few prospects for Christmas. Stanton is a black-clad cowboy angel who plays his harmonica in a tree. And it totally works.
--"Joyeux Noel"*—2006. The true story of WWI soldiers from France, Germany and Scotland calling their own little cease-fire and fraternizing on Christmas. 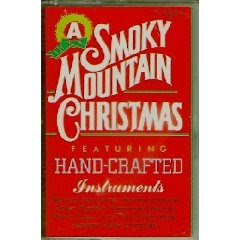 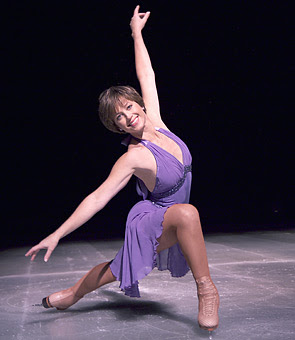 Sr. Helena's picks FOR THE KIDS. There are a bunch of older, Christian animated films that are quite well done:

Sr. Helena's "not sure about because I never saw it or forget if I like it" picks:

--"Prancer"—featuring LIVE reindeer! Reindeer are soooo magical.
--"Noelle"—Christian movie from a couple of years ago. I think there's a priest in it.
--Some movie with an older Loretta Young (no pun intended) as the family matriarch. They're all unhappy and are feuding.
--Some made for TV movie that's a humorous take-off on "A Christmas Carol." I remember they spelled Carol like "Karol," the name of the character. Anyway, Kathy Griffin is one of the three visiting Christmas angels, and when Karol asks about the people on the street: "Can they see me?" Angel Kathy says: "No. They're walking around, looking real, but they're not. Like people in L.A."

Is there such a thing as "Advent movies"?

Well, a lot of Christmas movies actually take place during Advent, but someone mentioned The Walton's "Homecoming." It's a tradition for his family to watch it while they put up the tree! There are also two series with Advent "clips": "Advent Calendar on DVD—A Christmas Countdown for December" and "Advent Calendar on DVD 2—Christmas Carols Edition." "Stories of Christmas"*—Fr. Tony Scannell, OFM, and Fr. Murray Bodo, OFM. 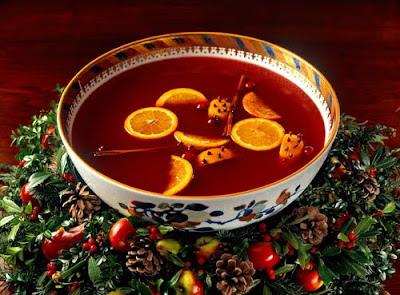