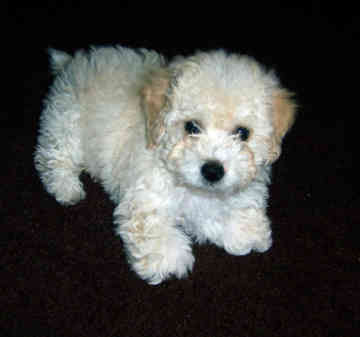 Recently I stayed at an award-winning Bed and Breakfast in Montreal. My friend made the accommodations. Unfortunately, she was confused about the interactive nature of B & B’s. We were looking for some place quiet, private and out of the way, and she thought she had found just the ticket. Even though we were both on vacation, I needed to write and she needed to study for a work exam. Her now ex-friend, Brenna, highly recommended a place: let’s call it “Chez Bachelor.”

When we arrived in the bustling city neighborhood where “Chez Bachelor” was located, we realized we had not achieved the “out of the way” part. My friend, Cheryl, whispered: “I hope he doesn’t have a dog,” and rang the bell. “Yip, yip, yip, yip, yip, yip, yip!” answered the occupant. (The stereotype is true: all B & B’s are required to have dogs.) OK, Frou Frou, a toy poodle, was exceptionally cute, I’ll give her that, but she was still a dog. The Bachelor, on the heels of Frou Frou, gave us a warm* welcome in near-flawless English, but immediately informed us that we couldn’t park our car in front of his house.
“Then where do we park?” asked Cheryl, used to nothing but valet parking.
“You see that car down there?” squinting and pointing three uphill blocks away. “And you have to move it to the other side of the street after 9AM tomorrow morning.”
The Bachelor began inventorizing our belongings as he helped us unload: “So, you have a special IBM laptop? And a digital video camera?”
The Bachelor was omnipresent, so Cheryl and I had precious little opportunity to even exchange panicked glances. At one point she was able to hiss to me: “He was wearing a suit and tie on his website”--a far cry from the T-shirt and beer gut we were now treated to.
Once inside the funkily remodeled old house, we were briefed. We were instructed that we could empty our cooler only into “our side” of the fridge (a hole the size of three grapefruits) because the rest of the fridge was “his side.”
The “home cinema” advertised on the website turned out to be a 20-inch TV located in the Bachelor’s basement living quarters, with the full run of his violent video collection.
“But you can’t use it tonight, ladies. Tonight is boys’ night!” The Bachelor was having some buddies over to watch the hockey game. Incidentally, the “cinema” was located directly under Cheryl’s bedroom. “Oh, and don’t be alarmed if you hear some noise early in the morning. That’s just the construction on the back of the house.” Sure enough, Cheryl snapped up her window shade and came nose to nose with a backhoe. “So keep your windows shut so the dirt won’t get inside.”
The Bachelor didn’t offer, so I asked for our room keys, which turned out to be faulty skeleton keys that sometimes worked after five minutes of fiddling in the hack-job keyholes. My room was monikered the “Julliard Room” after a French comic book artist whose art adorned the walls. Cheryl’s room was “Mother Nature,” we’re not sure why, maybe because of the backhoe, or maybe because her bathroom had no shower, only a broken whirlpool.
*read: touchy-feely
After the tour, we sat for a few minutes in the living room making nice. The Bachelor noticed I took a shining to Frou Frou and hinted that she liked to sleep in my bed. I told him I only like dogs during the day. He told us we could use his computer—and I quote-- “in case we wanted to email our family and friends and tell them that the guy’s not a jerk.” I pierced my own tongue. When we inquired how he knew English so well, he told us he owed it all to Captain Kangaroo and English TV from the States. We were then treated to a rapid-fire recitation of 70’s breakfast cereal jingles. Like a broken record, and in an uncannily perfect cartoon voice, The Bachelor got stuck on: “I go for Cocoa Puffs! Go for Cocoa Puffs!” Cheryl asked where she could plug in her laptop into the internet and was told he only had dial-up and she couldn’t plug in because she would knock out his business phone. So much for her exam.

The Bachelor’s mastery of the English double-entendre in Cheryl’s direction was so proficient that, in an effort to drum up some respect in her direction, I told him she was a senior analyst with IBM. He was impressed, but in a backfiring sort of way. A female geek? What a turn-on! He stepped-up his doublespeak. The Bachelor’s rating rose to 82 on my infallible creep-o-meter.

Breakfast was mandatory and at 8AM sharp. The solitary menu item: crepe suzettes.
“What are you doing tomorrow?” asked The Bachelor, but before we could respond, he had planned our day. “It’s going to be a beautiful day tomorrow, so you must go to the Botanical Gardens tomorrow, not Friday when it’s going to rain.” (Did we say anything even remotely regarding a taste for horticulture?) By now The Bachelor had discovered that I was from L.A. and doing some screenwriting. He called his cousin, a local TV producer, and handed me the phone. The Bachelor’s Cousin tried to set up an appointment with me. I got his phone number and left it vague.
“Oh, and one last thing: Television Quebecois will be here tomorrow morning also. They’re doing a feature on B & B’s.”
I don’t know about Cheryl, but I had “What About Bob?” interview-wrecking fantasies in my head. It could be payback time.

In a desperate attempt to get out of the Bachelor-zone and regroup, we asked for recommendations for supper. He gave us a card for a bistro: “La Potion Magique: Amour, Passion, Fraicheur.” Mon Dieu, what do they serve, aphrodisiacs? We thanked him and high-tailed it to a cafeteria where we planned our escape. We asked the waiter about reasonably-priced hotels downtown. It turns out the hotels are rated more by the loudness of the streets they’re on. He was more familiar with the noisy bar-infested streets. Maybe Montreal just isn’t for the first part of R & R. We decided to give the B & B a go for one night.

When we returned to “Chez Bachelor,” Cheryl asked Frou Frou’s owner if he could turn on the AC in her room. He followed her into her bedroom and had a hard time finding his way out. Finally, Cheryl told him off, accusing him of misleading us to believe it would be quiet here and we would have the whole house to ourselves and now there was the hockey game and construction going on, etc., etc. I listened through my locked door, fingers hovering over the keypad of my cell phone: neuf, une, une. “Don’t provoke him when we have to spend the night here!” I thought, trembling. The Bachelor defended himself: “Well, I don’t know if you’ve ever owned a house, but you can’t predict when workmen will actually show up. Besides, you’re just thinking of the bad things and getting yourself all upset.” Then he commanded: “Think positively!” After he retreated to his cellar lair, I poked my head out of my door to examine his permit from Tourisme Quebec that was hanging on the wall: 2000-2001. It had expired! I called my mother in Boston and left a mysterious message: “Ma, here’s my address…. If I don’t call you at 8AM tomorrow morning, you call me, OK? I just want you to know I love you.”

Needless to say we had a restless night in the award-winning establishment, waking up at every sound. (Just what were the awards for, anyway?) Maybe it was the crepe suzettes, but even they couldn’t redeem this situation.

As promised, Cheryl was jolted into a 7AM morning by the construction guys’ chainsaws, but the breakfast conversation was the last straw. The Bachelor told us that before running the B & B he used to work for the government in a department where a lot of ex-prisoners work. Then he began telling us about one of his favorite movies: a Belgian film about “a serial killer who kills with no remorse….” His voice trailed off and his eyes glassed over. I choked on my last suzette and Cheryl’s café au lait went up her nose.

Maybe our fears were exaggerated and everything was just a coincidence, but the creep-o-meter was on orange alert. Wild horses and toy poodles couldn’t make us brave another night at Chez. Who knows when The Bachelor would snap? Maybe he was just biding his time, making us relax because we made it through the first twenty-four hours. Maybe he was planning a fate worse than death: We would be sold into slavery or have our organs trafficked.

Being a nun often comes in handy. The old “Mother Superior said…” tactic still holds great sway. After spending the day out, we blew into “Chez Bachelor” in a whirlwind and began packing.
Me: “An emergency came up! We just got a call from…(theme from “Jaws”)…Mother Superior!” (Little do most know that today, Mother Superior is often younger, more jolly, kind and carefree than her subjects.)
Bachelor: (gasps) “What’s wrong?”
Cheryl: “There’s been a misunderstanding about Sister’s vacation time. She’s been recalled back to the convent immediately.”

Not even The Bachelor will question a statement like that. We loaded the car by ourselves in jig time (leaving our fridge-food behind), gladly paid for our unused rooms, waved au revoir, and sped out of our non-parking spot into the dark, never so grateful that Motel 6 was leaving the light on for us.