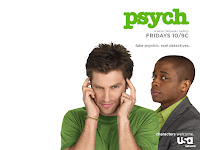 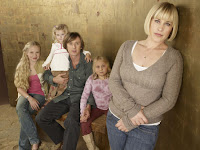 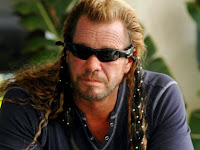 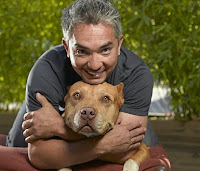 On the heels of the Emmys, are you looking for something good to watch this Fall? Yeah, I know it's hard to keep up with the bizarro changes in schedules, seasons, times, even shows jumping to other channels. Suddenly the tube tells you: "Stay Tuned for the Late Pre-Midsummer Finale of Your Favorite Show!" and you just figured out its new time (CST) and day of the week one week ago. Oh sure, there's internet TV and Hulu and all that, but don't you still prefer getting all excited for that night of the week when your favorite show comes on, and you know you're having some kind of communal experience with other people across the country watching the same show at the same time? It's a great feeling. Nothing like it.

Here are my picks (and I'm not telling you when they come on because it will probably change by the time you read this):

"Breaking Bad" is a critically acclaimed show about an addicted schoolteacher who makes and sells drugs to pay for his expensive cancer treatments. My nephew, Jere Burns, has a critically-acclaimed recurring role on the show. I find the show too depressing to watch. "Mad Men" is a beyond-genius show, but also beyond-bleak.

Did I mention there are actors in my family?

There was an article in the Wall Street Journal recently about USA Network doing so well in the ratings with all their ("characters welcome") character-driven dramas. The WSJ believes this is what TV should be about. I didn't mention "Burn Notice" (USA NETWORK) because they are just blowing up half of Miami and that's not right. But you will learn how to make all kinds of explosives out of what you find in your medicine cabinet, how to do hostage negotiations with a Super Soaker, and how to rappel down a burning building with only a fishing line.

Please stop screaming at your screen about YOUR favorite shows that I left out and just leave a comment telling me what they are and why. Thank you.

If you are still confused about scheduling or want to break out of my little box of selections, pick up the latest issue of "Entertainment Weekly—All the Buzz on 86 Shows—Fall TV Preview" #1120/1121, Sept. 17/24, 2010 (double issue, so it'll be on stands for a while).