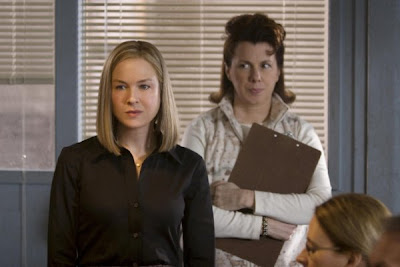 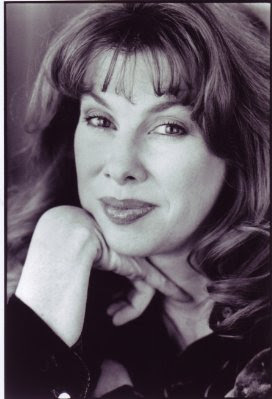 “NEW IN TOWN” SYNOPSIS--Lucy Hill (Renee Zellweger), is an ambitious executive living in Miami. She loves her shoes, cars, and climbing the corporate ladder. Lucy is offered a temporary assignment to restructure a manufacturing plant—in snowy New Ulm, Minnesota. Dreading the weather but loving the fact that a big promotion is sure to follow, she takes the assignment. Lucy is not only in for a huge culture shock, but a love shock as well, when she meets Ted Mitchell (Harry Connick, Jr.).
(Opens January 30, 2009. The rating was changed from PG-13 to PG—all swear words were taken out—in order to make it completely family friendly. BTW: This was also done for “Evan Almighty.”)
THIS IS MY PHONE INTERVIEW WITH CATHOLIC ACTRESS, SIOBHAN FALLON HOGAN. SIOBHAN PLAYS BLANCHE GUNDERSON, A WORKER AT THE CHEESE FACTORY TO BE RESTRUCTURED, WHO TAKES LUCY UNDER HER WING. (Siobhan has a long list of TV and film credits, including “SNL,” “Seinfeld,” “30 Rock,” “Forrest Gump,” and “Baby Mama.”)
WHO IS YOUR CHARACTER IN “NEW IN TOWN”?
Blanche Gunderson is a Christian woman whose character is beautifully written. She’s not made fun of as a Christian. She talks the talk and walks the walk about Jesus. Being Catholic myself, I was proud and happy to play her. She is domesticated, works hard, and is the heart of her own home and the cheese factory.
WAS “NEW IN TOWN” FILMED IN MINNESOTA?
No, in Winnipeg.
THERE WILL BE THE INEVITABLE COMPARISONS TO THE MOVIE “FARGO” BECAUSE OF THE ACCENTS AND THE CLIMATE. HOW IS IT DIFFERENT?
Right. That can’t be helped, but “New in Town” is a beautiful story of a town trying to save their cheese factory. The filmmakers, Gold Circle Films, who brought you “Big, Fat, Greek Wedding,” wanted the whole family to feel free to see this inspirational film. In the movie, I have a daughter and son, and they’re not bratty. I sing a Christmas carol at the town Christmas Tree: “O Come, let us adore Him.” The movie rating was changed from PG-13 to PG—all swear words were taken out—in order to make it completely family friendly.
HOW WOULD YOU DESCRIBE “NEW IN TOWN,” AND WHY WOULD YOU RECOMMEND IT?
It reminds me of a Frank Capra film. It’s a beautiful, moving love story. Renee is hilarious, and she does a lot of physical comedy. Because the swear words have been taken out, there’s not that negativity that desensitizes the kids in the audience. “New in Town” should not be missed!
WHERE ARE YOU FROM?
I was born in Syracuse, New York, and brought up in a little town called Cazenovia, population 1,200, a lot like the Minnesota community in the movie, so I get what that’s like. I’m married, and have three teenagers, two girls and a boy.
DO YOU EVER FIND A KIND OF TENSION IN YOUR PROFESSION, WHERE HOLLYWOOD DOESN’T KNOW WHAT TO DO WITH YOU AS A CATHOLIC, AND CATHOLICS WONDER WHAT YOU’RE DOING IN HOLLYWOOD?
Not at all! The tension only comes when you’re afraid to say what you believe. I’ve turned down a lot of projects. I am very clear cut and have no problem saying “no.” I tell them I’m Catholic and I have to be who I am. I try to be a good example to my own kids by the roles I choose. Producers really respect and appreciate knowing where I stand. They know I can flesh out a character that has faith. And I find that Catholics are thrilled to have a representative in Hollywood!
DO YOU DO MOSTLY COMEDY?
I’ve done both comedy and serious acting. I find that comedy bridges a lot of gaps, bridges the tension.
WHAT DO YOU THINK IS FUNNY?
My father was the funniest person I ever met. My kids are funny, and they don’t even know it. The key to comedy is not playing to the funny, but playing it real. Characters are funny just by being themselves.
Posted by Sr. Helena Burns, fsp at 4:15 PM