DVDS: "IF ONLY WE HAD LISTENED" 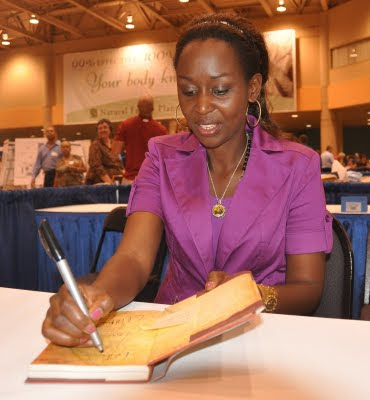 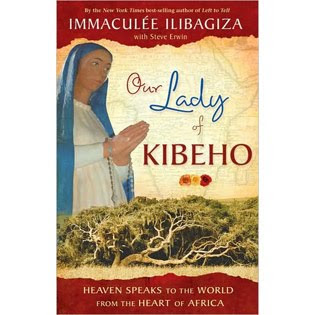 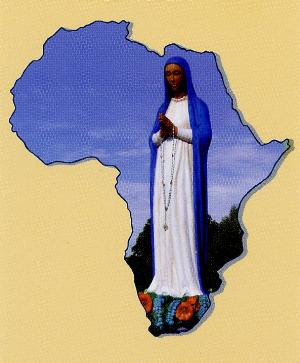 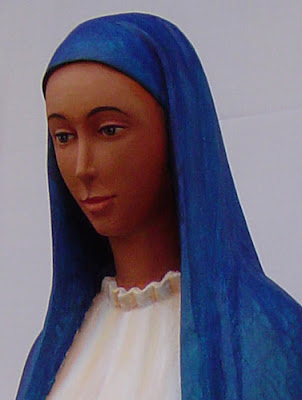 On Friday, July 22, I attended a screening at the Wit Hotel in Chicago's Loop of "If Only We Had Listened"--a new documentary by Immaculee Ilibagiza and Sean Bloomfield (available at 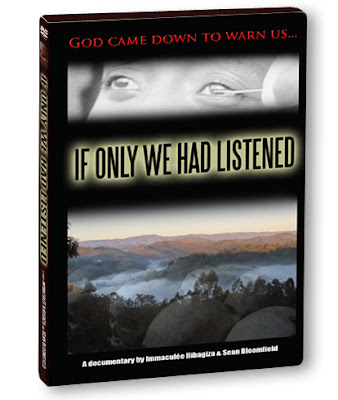 www.kibeho.net ) who were both present for the evening. Immaculee Ilibagiza is a Rwandan genocide survivor who lost most of her family in the massacres, but managed to escape by hiding in a tiny bathroom with several other women for three months. Her story is movingly told in her book, "Left to Tell."
This fine documentary is a combination history of the genocide, Immaculee's story and return to Rwanda today, as well as a chronicling of the Vatican-approved apparitions of Our Lady at Kibeho, Rwanda. Our Lady began appearing in Rwanda in 1981 (the same year as Medjugorje), calling herself "Mother of the Word," and warning of the horrors to come. (The visionaries saw visions of rivers flowing with human blood--which came to pass during the murders of over 1,000,000 people in a country of 7.5 million.) Immaculee's narration fills in many details about this furiously short but horribly dark period of recent history.

There is something very alive about this documentary. I was already very familiar with what transpired during the genocide (having followed it in the news as it unfolded in the 90's). I was familiar with Immaculee's story (having read her book). But I was not familiar with the aftermath of Rwanda's unspeakable anguish. Due in part to finally heeding Our Lady of Kibeho's message to "turn back to God, pray, forgive, love each other," Rwandans have reached down deep into their hearts and forgiven those (often their own neighbors) who slaughtered their families. While many of the killers are in jail, others have already been freed. The cases of revenge have been few.

But Our Lady of Kibeho's messages were not just for Rwanda. She warned of a "world running to its destruction, running to the fire." She tells us to "pray without hypocrisy." She urges us to "resist with all your might the temptations of Satan which lead away from God's light and into darkness." These messages--and others put forth in the documentary--are still ringing in my ears. I feel like she is saying them to me, personally! Kibeho is slowly becoming a place of pilgrimage, peace and reconciliation for Rwanda, other parts of Africa, and the whole world.

The documentary moves along at a rhythmic clip, carried by an undercurrent of African dancing, joyful songs of praise in glorious harmony, bright colors, drumbeats and lush Rwandan landscapes. Actual footage of the visionaries witnessing Our Lady's visits is a highlight. Scenes of dead bodies are tactfully done, often in black and white or with muted effects, but without diminishing the tragedy. We witness Immaculee forgiving and comforting the man who killed her family. Out of all of her and Rwanda's unimaginable pain, rises hope. Immaculee tells us (as we witness carefree Rwandan children at play): "Maybe we suffered so they don't have to." Today, Rwanda is one of Africa's most peaceful countries.

Only once the documentary lagged for me: when Immaculee visited her old house and reminisced at length about her childhood. I also wanted to hear more about her process of forgiveness (starting from rage and a desire for revenge). However, these are extremely minor flaws, and all pertinent bases are covered at least briefly in this film that will leave you wanting to know more about this both scarred and blessed land, these blighted and blessed events.

At first, I didn't like the title: "If Only We Had Listened." To me, it sounded like Rwandans were bad people being punished, while in reality the historical roots of the genocide are to be found in the "divide and conquer" tactics of foreign colonists, knowingly pitting tribes against each other. But I came to realize that the title was a taking responsibility for one's actions, the actions of one's country, in order to move ahead. It's also a warning to the rest of us to listen to God, to listen to His Mother, because what happened in Rwanda could happen anywhere. Immaculee cautions: "Don't play with hatred because it is a terrible thing." Undoubtedly, there was also something diabolic afoot in Rwanda during the genocide, as eyewitnesses attest. What I learned from the documentary, is that for Immaculee, the viciousness and magnitude of the genocide calls for a lasting spiritual and divine solution, not a tenuous human or political one. She puts everything firmly on the grounds of faith, as have many of her countrymen, and they have been proved right. Love, forgiveness and non-violence WORKS.

I believe this documentary will do great good. I love all of Our Lady's apparitions, but right now, Our Lady of Kibeho is speaking to me loudly and clearly. I'm not someone who struggles with the need to forgive, but it's more Our Lady's call to get my own spiritual house and relationships in order that touches me. (Immaculee has also written a book called: "Our Lady of Kibeho: Mary Speaks to the World from the Heart of Africa.")

"Don't wear your faith like a coat you take on and off during life. That won't save you when you die." --Our Lady of Kibeho

"This is not your home. You are temporary travelers here." --Our Lady of Kibeho