MOVIES: "TRANSFORMERS 3--DARK OF THE MOON" 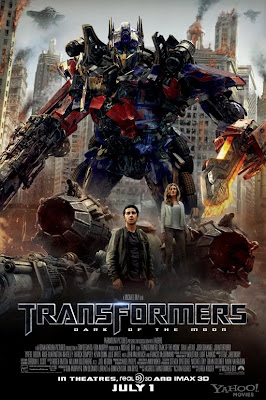 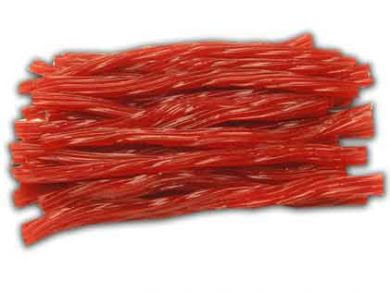 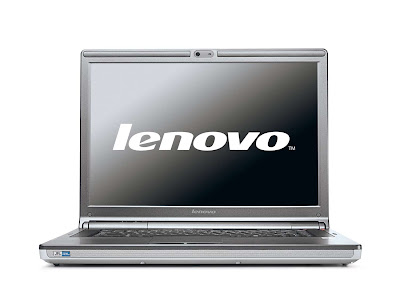 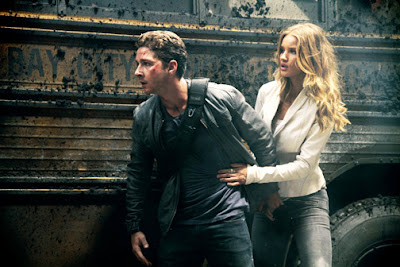 Um, everyone seems to be trashing “Transformers 3” as badly as Michael Bay trashed the city of Chicago, but I thought the story-line was great, and of course, Bay is THE master of non-stop, can’t-look-away, how-did-they-film-that action films. A true master of an art can make even the uninterested interested in their craft or genre. Even me, who doesn’t care for rock ‘em, sock ‘em Big Violence Fantasy Wars and Explosions. Bay has a way of keeping the camera in motion, the undulating action on screen in synch with the human eye in a most pleasing fashion. I think he’s following some law of physics. Even the slo-mo ever-falling debris while Chicago is under siege from the sky is not only realistic and detailed, but provides a fascinating backdrop. There’s also an eye-popping scene when a building is cracking in two and the building becomes one great big slide for the characters.

The dialogue is far more sophisticated and quirky than most comic book flicks with their obvious, over-the-top declarations and lingo. But it still maintains and masters the non-realistic comic book campiness. In contrast, in “T3,” the emotional tenor of each scene truly varies (it’s not just all tension and “let’s get the bad guys”). Most of the scenes had more going for them, and more nuance than movies I’ve seen that had no special effects, and were SUPPOSED to be pure dramas!
In installation “3” of “Transformers” (“Transformers—Dark of the Moon”), Optimus Prime and the Autobots, who lost the war against the Decepticons, have stayed on Earth to save humans from destroying themselves. But they’re not finished with their nemeses yet! The war isn’t over, it’s just been moved to Earth!

“Transformers 3” is phenomenally well-cast (all except for military dude Josh Duhamel who looks like he skipped Basic Training and isn’t sure what he’s supposed to be doing). Shia LaBeouf (Sam) proves himself a solid actor once again and is required to express quite a range of emotions. British import (and Victoria’s Secret model) Rosie Huntington-Whiteley (Carly), Megan Fox’s replacement, isn’t just a pretty face, but holds her own as a thesp. John Malkovich is just delightful as Sam’s bizarro boss. Frances McDormand plays the no-nonsense, “don’t call me ma’am,” head of some kind of National Security. Ubiquitous character actor, John Turturro, also has a leading role. Patrick Dempsey is winning as the villain.

Bay’s action scenes always maintain their humanity. To me, this is what makes his movies so watchable. They’re not just big, dumb plot points and special effects. Human touches, conversation, personalities, virtues, rich character choices and development abound throughout the action. Just when you think an interminable sequence of chases and battles (often reaching from outer space to Earth) is never going to end, there’s a change of pace, an actor’s moment to shine, a close-up, an unusual situation we’ve never seen before. (How about that Jerry Wang? The Russians?)

I loved the beginning set-up of the 1969 moon landing. Real news footage interwoven with simulated footage. Some reviewers/moviegoers think Bay has sort of plundered American history or something by doing this. I think it’s right in keeping with comic book lore! Comic books often use actual historical cities and events (how many use Nazi themes?) In actuality, this and Chernobyl are the only two historical events “plundered.” Sam starts of in D.C., so we see the landmarks there (very cool—in a bad way—what happens to the Lincoln Memorial), and then we move to Chicago. That’s about all the plundering.

--Way to use the planet as an arena for a great comic book/sci-fi saga, Michael Bay! Not even African wildlife are safe from Megatron! Bay must have so much fun shooting his epics. He spent way more time in Chicago than he was supposed to because he "fell in love with the city and was finding any excuse to stay."

--Bay got his Megan Fox digs in in one of the first scenes. The scraggly little comic-relief Autobots talk about how they didn’t like “the other girl.” “Yeah, she was mean.” I like these little guys and wish we saw more of them, and wish they had even funnier lines/parts.

--Lots and lots of adrenaline-inducing aerial shots. Take your Dramamine.

--I would have a lot more nice things to say about “T3,” but for the first time in my life, in a super-dark theater in Burlington, Massachusetts, I took 7 pages of notes with a dried-up ballpoint. Yup. Not a word came out! A movie reviewer’s NIGHTMARE!!!

--Product placement: RED TWIZZLERS, of course. Note that they always EAT them, too. It seems that the GIRL always eats them. Gonna check on that in the future. LENOVO computers, and….TRANSFORMERS! Opening credits: “Made in collaboration with Hasbro.”

--I can’t even begin to imagine what one little part of one scene’s storyboard must look like! The thing about a Michael Bay movie is, you’d think it would take 10 years to make. But it doesn’t.

--What age is “Transformers 3” appropriate for? Lots of machine on machine violence, (the sparks do fly) and the occasional human on human. A few quick racy shots/conversations involving Rosie’s long legs and Sam’s matchmaking mother, but both may be lost on children. If your kids are enured to comic book/fantasy violence, “T3” probably won’t harm them. The most violent scene, IMHO, was when a nasty Decepticon in a spaceship zaps some teens and kids running away in the streets and they instantly become skulls and bones. Again, a quick shot.

--Guys must love the concept of talking to their cars. And they talk back. But even better than Herbie—they can fight and stuff.

--What was real and what was CGI? I can speak for the city of Chicago which Bay and his army of Hollywood crews took over for a good chunk of the summer! We didn’t see any Transformers, of course, but all the piled-up cars, broken pavement, explosions, fires burning and rubble were ALL OVER the city. The base-jumping off the Trump Tower was also real (of course they didn’t zoom around the city like they had jet packs on). Our back alley was the scene of the Parking Garage and school bus with Shia and Rosie and the rebel Decepticon. They were filming there for over a week and we got to meet Shia and Rosie. Michael Bay is known for filming as much as he possibly can LIVE and leaving what he can’t film to CGI. It really makes a difference in the realism, but the CGI is so well blended, it’s hard to tell what’s what.

--Most of the soundtrack is typical symphonic stuff, but every so often there’s a full, emotional , ballad-y song with words. An upbeat sung anthem plays while the credits roll.

--There’s a certain sense of patriotism throughout: young men rally to defend their country, the Earth, “freedom is for everyone,” taking sides and allegiances.

--There are some great—mistaken—philosophical/political bromides bandied about (and proven wrong): “You have to choose the winning side to have a place in history.” “We have to do what the majority wants, not the minority.” “We had to cut a deal.”

--Yay, Optimus Prime! He’s just so noble. For a robot (that used to be a “god” on his planet, yadda, yadda), he has such a great voice, that narrates the beginning and end of the film.

--Here are my blog posts from when “T3” was shooting in our back alley:

Email ThisBlogThis!Share to TwitterShare to FacebookShare to Pinterest
Labels: transformers 3