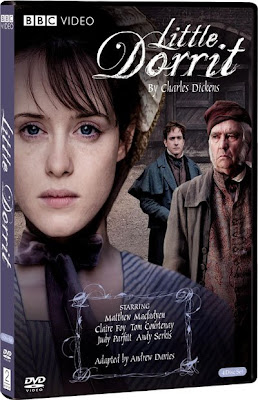 Masterpiece Theater just wrapped up airing the five-part series "Little Dorrit." It's grand. Nobody like Dickens' characters, and LD is overflowing with them. "Little Dorrit" was a satire of the British government of the day, but stands perfectly well on its own as a tender love story.

Around Christmas 2008, I read a fantastic book that is screaming "Make me into a movie!": "The Man Who Invented Christmas—How Charles Dickens' 'A Christmas Carol' Rescued His Career and Revived Our Holiday Spirits." (It is also screaming: "Shorten my title!") The book is really about Dickens' life, worldview, how the celebration of Christmas changed because of him, and how he singlehandedly reinvented the book industry. The book gave me great insight into "Little Dorrit," because Dickens' father was imprisoned, much like Little Amy Dorrit's father, for an inability to pay his debts. Dickens, at twelve years of age, had to work himself to the bone to get his father out of prison. 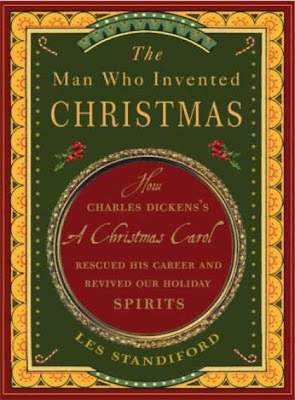 One of the many amazing and revolutionary thing about Dickens is that he treats the lives of the poor as though they are high society, as though they matter every bit as much as the "well born." Austen and the Brontes wrote about people of means, whereas Dickens gave just as much care and detail to his impoverished characters' hopes, dreams and loves. In fact, his underprivileged often have higher morals, standards, and finer, nobler characters than the rich. And LD makes us know that wealth is fleeting, corrupting, illusory and so elusive that the rich find themselves rich one moment, poor the next, then rich again (same for the poor), as was the case with Dickens' own fortunes. Acts of heartfelt love, kindness and forgiveness are what matter and last. In LD, the rich, and those who aspire to riches are, well, either evil or ridiculous…or both.

There's a scene where a Bernie Madoff ("Made-off," get it?) type con-man ruins many who invested with him (in a pre-Ponzi-like Ponzi scheme!) The question is: What does financial ruin change? Whom does it change and how? Whom doesn't it change?

The aforementioned book with the preposterous title gives us a sobering fact: Marx and Engels, contemporaries of Dickens, lived not far from him. Two different social systems. Dickens, while challenging the government to do more for the welfare of its citizens, never forgot where he came from, and visited the poor as well as supported an arts center for the working classes. In "God Is Love," Pope Benedict reminds that the ultimate motive for assisting our fellowman is love and acknowledging individual human dignity. The majority of charitable giving/donations in the USA still come from private individuals, not corporations.

The acting is beyond delightful—the myriad of minor characters provide all the mirth and steal the show--and the chemistry between Amy and Arthur is palpable and painful. As Dickens—master storyteller that he was—said: "Make 'em cry, make 'em laugh, but most of all, make 'em wait." You will be on the edge of your seat till the final scene.

Email ThisBlogThis!Share to TwitterShare to FacebookShare to Pinterest
Labels: little dorrit, the man who invented christmas